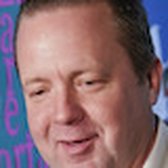 Corey Stewart, a Republican, is the chairman of the Prince William County's board of supervisors. He was elected to the board in 2003 to represent the Occoquan district. Then he won a special election in 2006 to become chairman. He was elected to four-year terms in 2007 and 2011.    Stewart ran an unsuccessful campaign for the Republican nomination for lieutenant governor in 2013. Stewart was born in Minnesota. He graduated from Georgetown University, Washington, D.C., and earned a law degree from William Mitchell College of Law, St. Paul, Minn. He works as an international trade attorney in private practice.