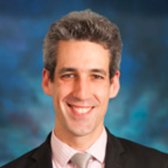 Illinois state Sen. Daniel Biss, D-Evanston, is a candidate for the Democratic nomination for the 2018 gubernatorial election. Before being elected to the Illinois Senate in 2012, he served a term in the Illinois House of Representatives. Biss holds a doctorate from the Massachusetts Institute of Technology and undergraduate degree from Harvard University. He is a former University of Chicago math professor.