Daniel Biss
stated on November 27, 2017 in a tweet:
These guys are now pretty much living up to the @BruceRauner standard. And falling dismally short of the @MittRomney standard. Even Romney released his full tax returns.

After Democratic gubernatorial candidates J.B. Pritzker and Chris Kennedy released only summaries of their income tax returns on Nov. 27, rival Daniel Biss wasted no time blasting them for what they didn’t make public.

As Gov. Bruce Rauner has done since first becoming a candidate in 2013, Pritzker and Kennedy released their federal and state 1040 forms, which reveal only basic details of their their tax pictures. The meat of returns, especially for wealthy taxpayers like Pritzker, Kennedy and Rauner, lies in an array of schedules and attachments to those 1040s that illustrate how they made their money, managed their wealth, donated to charity and reduced their tax burdens by leveraging breaks often used by the wealthy. And neither Pritzker, Kennedy nor Rauner have been willing to share such telling information with voters.

"These guys are now pretty much living up to the @BruceRauner standard. And falling dismally short of the @MittRomney standard. Even Romney released his full tax returns," Biss said in one of many tweets he issued on the topic that day.

These guys are now pretty much living up to the @BruceRauner standard. And falling dismally short of the @MittRomney standard. Even Romney released his full tax returns. -DB

In April, Biss, a Democratic state senator from Evanston, released five years’ worth of full tax returns, including Form 1040 cover sheets and attachments detailing deductions, supplemental income and credits. They showed Biss and his wife, Karin Steinbrueck, with quite modest income, averaging just under $55,000 per year over the five years covered in the returns. Biss spent more than seven months criticizing his wealthy competitors for foot-dragging before they released their returns.

With nominating petitions now filed for the March 20 Democratic primary and election season in full swing, the Rauner and Romney comparisons likely will become a hammer with which Biss will repeatedly bash his far wealthier opponents. We decided to look into Biss’ Twitter claim both to check its accuracy and to examine the history of candidate tax disclosure.

The "Bruce Rauner standard" that Biss, currently a state senator, cites refers to the tax disclosures Rauner has made annually since he first became a candidate for governor in 2013. Though Illinois law does not require candidates or officeholders to make public any income tax information, Rauner released three years’ worth of federal and state 1040 forms when he filed his nominating petitions in November 2013. They showed Rauner and his wife Diana had income of $27.2 million in 2010, $28.2 million in 2011 and $53.4 million in 2012. Their effective tax rates in those years were 16.9 percent, 21.5 percent and 19 percent, respectively.

But because Rauner has not released the schedules and attachments that detail how his income was derived, the 1040 forms lend little insight where his money comes from and how he manages it.

Kennedy confined his release of 1040 information to 2016 returns only. For that year, he reported adjusted gross income $1,242,805 and an effective tax rate of 14 percent.

The financial picture for Kennedy and Pritzker, at least, is further obscured by their decisions to not release detail about trusts they also benefit from but which are kept separate from the information reported on their personal tax returns.

Like Rauner, Pritzker and Kennedy derived their income from interest, dividends and capital gains, not from wages.

Candidates in Illinois are are also required to file statements of economic interest that detail entities in which they have ownership interests or derive income, and all the Democrats as well as Rauner have complied. But the information value from such reports is quite limited, with disclosures confined to the names of business interests and not the value of individual investments or income they produce. (Click here for current statements of economic interest from Rauner, Pritzker and Kennedy.)

Biss also accuses his Democratic counterparts of "falling dismally short" of the example set by 2012 Republican presidential candidate Mitt Romney, like Rauner a longtime private equity investor whose wealth had become an issue in his unsuccessful attempt to unseat then-President Barack Obama. Romney released complete income taxes for 2010 and 2011, including hundreds of pages of schedules and explanatory material that allowed a public view into the management of his fortune.

They showed Romney paid a relatively low tax rate of 14.7 percent on a total of $42.6 million in income for the two years combined, and that he held considerable assets in offshore tax havens including Luxembourg, Ireland and the Cayman Islands. In an election in which income inequality had become a major issue, this gave Obama’s campaign ammunition to portray the former Massachusetts governor as out of touch with the vast majority of Americans.

Romney was following what had become standard procedure for presidents and major presidential candidates of both parties following the scandal plagued administration of Richard Nixon, said Joseph Thorndike, director of the Tax History Project, which tracks presidential tax releases. Obama also routinely released full returns annually both as a presidential contender and president.

Obama’s successor, Donald Trump, is the first U.S. president since Nixon, who resigned from office in 1974, to not release any information about personal taxes.

A proliferation of wealthy political candidates coming off successful business careers in Illinois and elsewhere likely portends an era of increasing opaqueness when it comes to tax disclosure, Thorndike speculated.

"I don't know that 1040s are really all that useful without the rest of the supporting materials," Thorndike said. "I suppose that they're better than nothing, except that I think you encourage further disclosures of just the 1040s."

"These candidates if they win election are going to be in charge of collecting taxes from everyone else and it seems reasonable to me that voters want to know how they conducted themselves and whether they've been living up to their civic duty in the way that everyone else is supposed to," he said.

Lawrence Noble, senior director the D.C.-based Campaign Legal Center, said the current push in Washington for a sweeping federal overhaul, only underscores the shortcomings of the sort of limited tax disclosure practiced by Rauner, Pritzker and Kennedy.

All derive the bulk of their income from investments, and are likely to reap significant financial benefit from the current GOP push in Washington to overhaul the federal tax system that most analysts have concluded is tilted toward tax breaks for the wealthy. How much any of the well-to-do Illinois candidates stand to benefit is impossible to gauge without more information than is disclosed in 1040 forms.

"Where they have their investments, how much they have and how various pieces of legislation will affect them is important," said Noble, a former general counsel of the Federal Election Commission. "And one of the ways you can tell that is by their taxes and often it's the only way you can tell unless you’re just going to take their word for it."

Biss sarcastically said his fellow Democratic gubernatorial candidates "are living up to" the standard for releasing tax information set by Republican Gov. Bruce Rauner. He also said they fell short of the example set by 2012 Republican presidential candidate Mitt Romney.

Like Rauner, J.B. Pritzker and Chris Kennedy released only their federal and state 1040 forms, which provide only the most basic information on income and taxes paid. And Romney did release two years’ worth of full returns, including hundreds of pages of detail, when he was running for president in 2012.

There is no law in Illinois requiring gubernatorial candidates or governors to release any tax information whatsoever, and Biss is clearly engaging in some campaign hyperbole when he refers to a Rauner standard and a Romney standard. That said, we find the essence of his statements to be True.

PolitiFact Rating:
True
These guys are now pretty much living up to the @BruceRauner standard. And falling dismally short of the @MittRomney standard. Even Romney released his full tax returns.
Daniel Biss
Democratic gubernatorial candidate
https://twitter.com/danielbiss/status/935299261746565120 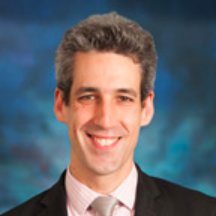