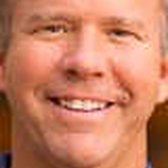 John Delaney is a former representative of Maryland’s 6th Congressional District. He served in the office from 2013 until 2019, and he did not run for re-election in 2018 because of his early announcement to run for president. Delaney received a bachelor’s degree from Columbia University, a J.D. from Georgetown University Law Center and an honorary doctor of laws degree from Washington College. In 2017, he announced he is running for the Democratic nomination for president.