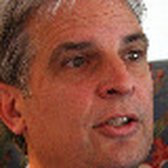 Mark Obenshain, R-26th, is a Virginia State Senator. His district is comprised of Page, Rappahannock, Shenandoah and Warren counties and Harrisonburg and part of Rockingham County. He joined the senate in 2004 and is chairman of the Privileges and Elections Committee and also serves on the Rules, Courts of Justice, Commerce and Labor and Agriculture, Conservation and Natural Resources committees. Obenshain lost the 2013 Virginia attorney general's race to Democrat Mark Herring by a slim margin after a recount.  Obenshain was born in Richmond. His father, Richard Obenshain, was a Virginia Republican Committee chairman and Republican National Committee co-chairman and died in a plane crash during a U.S. Senate campaign. Obenshain graduated from Virginia Tech, Blacksburg, in 1984, and received a law degree from Washington and Lee University School of Law, Lexington, in 1987.