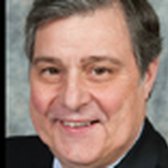 Mark Zaccaria is a Rhode Island Republican who ran unsuccessfully for one of the state's U.S. Senate seats in 2014. He also made two unsuccessful bids for Rhode Island's 2nd Congressional District, the most recent in 2010. He is a former chairman of the Rhode Island Republican Party. Born in 1949, he is a former corporate executive who operates a business-to-business marketing consulting business. A former Air Force instructor pilot, he served two terms on the North Kingstown Town Council and four years on the local zoning board. He is married with three children.