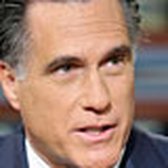 Mitt Romney is a U.S. senator from Utah. He ran for president in 2012 as the Republican nominee, losing to incumbent President Barack Obama. Prior to that, Romney served one term as governor of Massachusetts, elected to the post in 2002. He was born in 1947 in Michigan, where his father was governor from 1963 to 1969. Romney graduated from Brigham Young University and received both a law degree and an MBA from Harvard University. Romney helped found the investment firm Bain Capital in 1984, which launched or rebuilt such companies as Staples and Dominos Pizza. Romney managed the Winter Olympics in Salt Lake City from 1999-2002. He ran for president in 2008 but lost the Republican nomination. He and his wife, Ann, have five sons, Tagg, Craig, Matt, Ben and Josh.