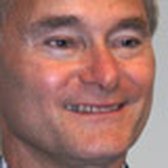 Peter Barca, a Kenosha native and Democrat, has served two stints in the state Assembly. He was first elected in 1984 before resigning after winning a U.S. House seat in 1993. He served one term in Congress, losing re-election to Mark Neumann. Barca served in various governmental and private-sector posts before winning election to the Assembly in 2008. He was elected Minority Leader of the Assembly Democrats in 2011.