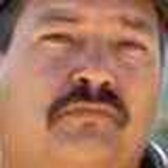 Democrat Randy Bryce, an Army veteran, union leader and iron worker, lives in Caledonia in Racine County, Wisconsin. In November 2018, he lost a bid for Wisconsin's 1st District congressional seat, which had been held by U.S. House Speaker Paul Ryan, a Janesville Republican. Bryce also lost races for the Wisconsin Legislature in 2012 and 2014 and lost a 10-way primary for the Racine County Board of Education in 2013.