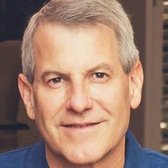 Sam Houston, a Democrat and longtime Houston lawyer who's now co-managing partner at Shepherd, Scott, Clawater and Houston, was the Democratic nominee for attorney general of Texas in 2014. He claims no relation to the similarly named Texas historical figure. He ran for a seat on the state Supreme Court in 2008.