Our top 5 most-read fact-checks from October

The Republicans appear at the CNBC Republican presidential debate on Oct. 28, 2015, in Boulder, Colo. (AP Photo)

One year out from the 2016 presidential election, the campaigns are keeping us fact-checkers busy. Here’s the five most-read PolitiFact items from October:

Republican presidential candidate and former neurosurgeon Ben Carson was lambasted this past month for his comments on gun control and the Holocaust. In his book, A More Perfect Union, he wrote, "German citizens were disarmed by their government in the late 1930s," which allowed the Nazis to "carry out their evil intentions with relatively little resistance."

We found this to be a misreading of history on two levels. First, German citizens as a whole were not disarmed by the Nazis. Jews and other supposed enemies of the state were subject to having their weapons seized. But for most German citizens, the Nazi period was one in which gun regulations were loosened, not tightened.

Second, a lack of guns was not the issue. If the majority of Germans had wanted to use these guns to fight the Nazis, they could have. But they didn’t. Carson ignores that the Nazis enjoyed significant popular support, or at least, broad acquiescence.

4. Bernie Sanders: The United States has 'more people in jail than any other country on Earth'

At the first debate among Democratic presidential candidates, Sen. Bernie Sanders of Vermont said, "Today in America, we have more people in jail than any other country on Earth."

The latest federal census found more than 2.2 million people behind bars in the United States, counting  the population in state and federal prisons, along with those in local jails. A research center in England reports that China ranks second with about 1.65 million prisoners. But the Chinese figure fails to include many thousands of people in detention centers, and we don’t know how many that would be.

Regardless, based on population size, America has an incarceration rate higher than any other nation. We rated Sanders’ claim Mostly True.

This is one of the more bizarre claims we’ve heard so far in the 2016 presidential campaign, and that’s saying something.

Carson said, "In the class of 1968 at Patrice Lumumba University in Moscow, Mahmoud Abbas was one of the members of that class, and so was Ali Khamenei. And that's where they first established relationships with the young Vladimir Putin."

Abbas, the Palestinian leader, may have attended the university, though we don’t know for sure, or when. No credible evidence has yet surfaced to place Khamenei, Iran’s supreme leader, as a student in the Soviet Union -- ever, much less in close proximity to Abbas, or in 1968. And Russian President Putin would have been a teenager in 1968, attending school 450 miles away.

The idea that the three men developed lifelong ties as students in the late-1960s-era Soviet Union is ridiculous. Pants on Fire!

2. Chris Christie says Bernie Sanders’s plan is 'to raise your taxes to 90 percent'

At the third GOP debate Oct. 28, New Jersey Gov. Chris Christie said one of his Democratic opponents, Sanders, has a plan "to raise your taxes to 90 percent."

Sanders hasn’t released an official tax plan, either for billionaires or for anyone else. But based on his previous comments and proposals, the tax policies Sanders is advocating are targeted at corporations and affluent Americans. Sanders has dismissed the notion that he wants to set marginal tax rates for billionaires at 90 percent. And on the whole, his tax proposals so far do not envision raising "your taxes" -- that is, those of ordinary Americans -- to anything approaching 90 percent.

This is a grossly misleading characterization of the extent and scope of Sanders' plan, so we rated Christie’s claim Pants on Fire. (PolitiFact Virginia also looked at this claim, said by Donald Trump.) 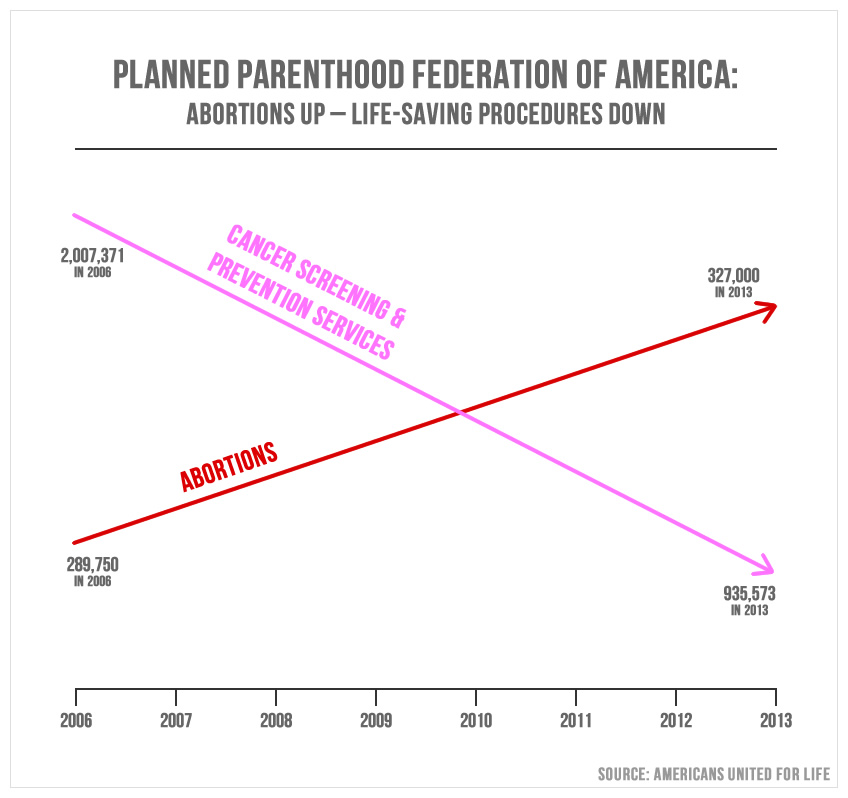 But that’s inaccurate, disputed by the chart’s own, hard to read numerical labels. In fact, there were three times as many cancer screenings and prevention services as abortions in 2013. Experts in data presentation said this was an egregious example of using a chart to mislead. We rated the claim Pants on Fire.