5 questions you have about delegates, answered
By Linda Qiu March 29, 2016

From roll calls and speeches to flags and funny hats, the national conventions are usually conventional pep rallies for the two major parties (Clint Eastwood and empty chairs in Tampa notwithstanding). But this year, the Democratic and Republican delegates and the arcane rules that govern their gatherings actually matter.

On the left, Hillary Clinton remains the favorite for the nomination, but Bernie Sanders hasn’t given up hope, buoyed by some 2,000 delegates still available for capture.

On the right, Donald Trump could fall short of winning a majority of delegates, and that may lead to a contested GOP convention.

After all, it’s the delegates at the convention — not the voters back home — who have the last word on the nominees.

"Any time we’ve got a closely contested nomination like this, it does come as a surprise to primary  voters that the delegates are the ones who ultimately make the decision," said Joshua Putnam, a government professor at the University of Georgia.

How exactly the delegates will do their thing is complicated ("We could dig through the rules through eternity, and they’ll be changed by the time we’re done," said Putnam). But PolitiFact’s got you covered. Here are answers to some questions you may have had about the nominating process.

What is a delegate?

Delegates are the individuals who brandish signs and cheer under balloons. More importantly, they vote for their party's presidential nominees at this summer’s conventions. In July, 2,472 of them will rally in Cleveland for the Republican convention, while 4,765 delegates will meet in Philadelphia for the Democrats.

Trump and Clinton have each received a plurality of the delegates so far, but in order for presidential candidates to nab their party’s nomination, they have to receive the support of a majority. That’s 1,237 for the Republicans and 2,383 for the Democrats.

Who gets to be a delegate?

Most delegates are grassroots party activists who campaign to represent their congressional district or their state at large. But both parties also set aside a certain number of delegate slots for "party insiders."

On the GOP side, these are each state’s party chair and two Republican National Committee members. The committee members — 112 in all — also make the rules that govern the national convention. (More on this later).

Under the Democratic Party’s system, about one-sixth of the delegates are party officials and big shots: members of the DNC, all the Democrats in Congress, all Democratic governors, and distinguished party leaders (such as all former and current presidents and vice presidents). Unlike the Republican party leaders, these 700 or so Democratic superdelegates aren’t bound to primary results and can vote for whomever they wish.

If you’re not a party insider, how do you become a delegate?

The rules for delegate selection are byzantine, varying not only by party but by state, by year and even by congressional districts.

Most states stipulate that elected delegates should be reflective of primary results. But in a few places like Wisconsin and Washington, it’s possible that a district votes for Trump in a primary and, after the primary, elects a delegate for Ted Cruz at local and state conventions.

Voters directly pick delegates in just a few states (i.e. Illinois and West Virginia) while the presidential candidates select delegates in others (California, New Hampshire). In Florida, meanwhile, all the candidates submit lists of proposed delegates, and voters elect among these nominations after the primary at district conventions. 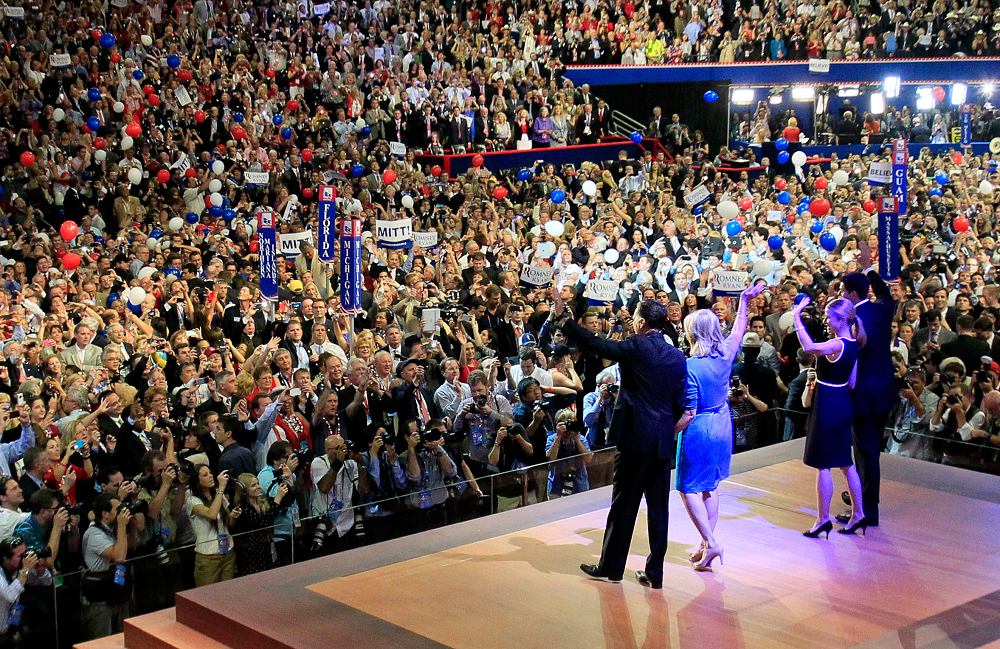 Just how committed are the delegates?

All Democratic delegates, except the superdelegates, are pledged to vote at the convention for their state’s or district’s winner. On the whole, the GOP delegates are also supposed to reflect the will of their state’s voters, but the rules give them some leeway.

Then there’s the 112 members of the rules committee. They determine convention guidelines, and they have the power to change rules at the convention. In theory, they could release all the delegates before the first ballot. One delegate has already argued for that in a letter to the party, though it seems an unlikely scenario.

Finally, there are potentially 200 Republican delegates thus far who are up for grabs, either because they’re free agents due to state rules or because the candidate they supported dropped out.

So does this mean the uncommitted delegates could thwart Trump and boost Clinton?

This is the question that gets at the heart of convention controversies in both parties: how uncooperative delegates could deny Trump the GOP nomination, and how superdelegates could sway the Democratic nomination in Clinton’s favor.

Most of the Democrats’ 700 or so superdelegates are pledged to Clinton, but are free to shift their allegiance. Sanders has suggested they should flip their votes according to the primary results of their state. But the deck is stacked against him.

"If you gave Bernie all of the superdelegates in the states he’s won, it wouldn’t be enough to reverse (Clinton’s) superdelegate lead," David Wasserman, who tracks delegate math for the Cook Political Report, told the Washington Post.

Collecting delegates is more crucial for the Republican side. Should Trump fail to nab the majority of delegates on the first ballot —  and at this point, that looks entirely possible — the race becomes a fight for the support of those on the convention floor.

Since many delegates will be free to vote for whomever they wish on a second ballot, they could conceivably ditch Trump on later votes. Take, for example, South Carolina. Though Trump won the state, only Republicans who attended the state’s 2015 convention — in other words, party insiders or activists — can become delegates. Many have expressed support for Cruz over Trump, reports Politico.

In Louisiana, Cruz may actually end up with more supporters than the primary winner, Trump, noted the Wall Street Journal. That’s because five delegates are unbound per state rules and five were allocated to Marco Rubio. These 10 have indicated that they are more likely to back Cruz, prompting a lawsuit threat from Trump.

In fact, National Review reports that a good chunk of delegates across the country could likely defect to Cruz. In other words, the second ballot favors the Texas senator who’s done a much better job organizing around the rules, according to Putnam.

"The Cruz campaign did its due diligence by forging these relationships in 2016 and before," Putnam said. "The Trump folks are playing catch up."

Nonetheless, the candidates are not done wooing individual delegates. And Trump, a self-described virtuoso at dealmaking, is ready to negotiate.

"It's everything from, 'Come campaign in our state,' or 'Do a fundraiser for a state party,' or 'Put stronger language about right to life in the platform,' " Trump strategist Barry Bennett told NBC. "Or all kinds of crazy things that are important to whoever the delegate is."

PolitiFact analysis of delegate selection in the 2016 primaries, March 29, 2016

Politico, "How an obscure committee could decide the GOP nomination," March 14, 2016

New Orleans Times-Picayune, "Head of Louisiana GOP says they 'will be prepared' if Trump sues," March 27, 2016

Washington Post, "Wild card for Trump: Who gets to be a convention delegate?" March 16, 2016

Interview with Joshua Putnam, professor at the University of Georgia and founder of Frontloading HQ, March 28, 2016