Eye-opening claims that California has the sixth largest economy on the planet, the highest poverty rate in the nation and that President Trump’s border wall will cost one and a half times as much as an aircraft carrier all made PolitiFact California’s Top 10 most popular fact checks of 2017.

Our audience reached into the past to make a 2016 fact check the most read once again this year. This still-popular piece is our investigation of claims that now Vice President Mike Pence supports conversion therapy. This provocative assertion, made by Lt. Gov. Gavin Newsom, held some truth but was not fully supported.

Since our launch in November 2015, PolitiFact California has produced more than 100 fact checks and two dozen in-depth articles. One article, on whether California is a ‘donor state’ to Washington D.C., was particularly popular and ranked as our second most read piece in 2017.

Here are our Top 10 most popular fact-checks or articles in reverse order:

In February 2017, GOP Assemblyman and gubernatorial candidate Travis Allen claimed the "Oroville dam failure was entirely avoidable" and Gov. Jerry Brown "didn't spend $1 on new water storage or improvements to existing infrastructure, like Oroville" despite a 7.5 billion water bond. We found there was an element of truth to Allen’s claim because environmental groups had warned the dam's adjacent emergency spillway needed to be reinforced. We also found, however, that the Oroville dam was ineligible to receive the funds Allen specified. We rated it Mostly False.

9. Would Trump’s border wall cost the same as one and a half U.S. aircraft carriers?

California Democratic Congressman Scott Peters said the estimated price of President Trump’s border wall is the same as the cost of "one and a half aircraft carriers." Peters relied on a $21 billion projection found in a leaked report from Trump’s Homeland Security Department. The Navy’s newest aircraft carrier costs nearly $13 billion, meaning you could build at least one and a half carriers for the cost of the wall. We rated it True. 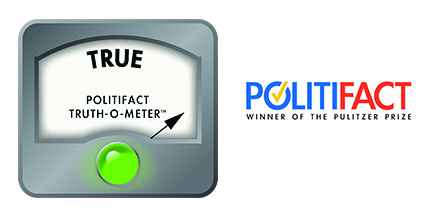 8. TRUE: California has the nation’s highest poverty rate, when factoring in cost-of-living

Republican Assemblyman Chad Mayes claimed California has "the highest poverty rate in the nation" when considering the U.S. Census Bureau’s Supplemental Poverty Measure. The report he cited shows the state’s 20.6 percent poverty rate -- when accounting for cost-of-living -- is indeed the highest in the country. We rated it True. 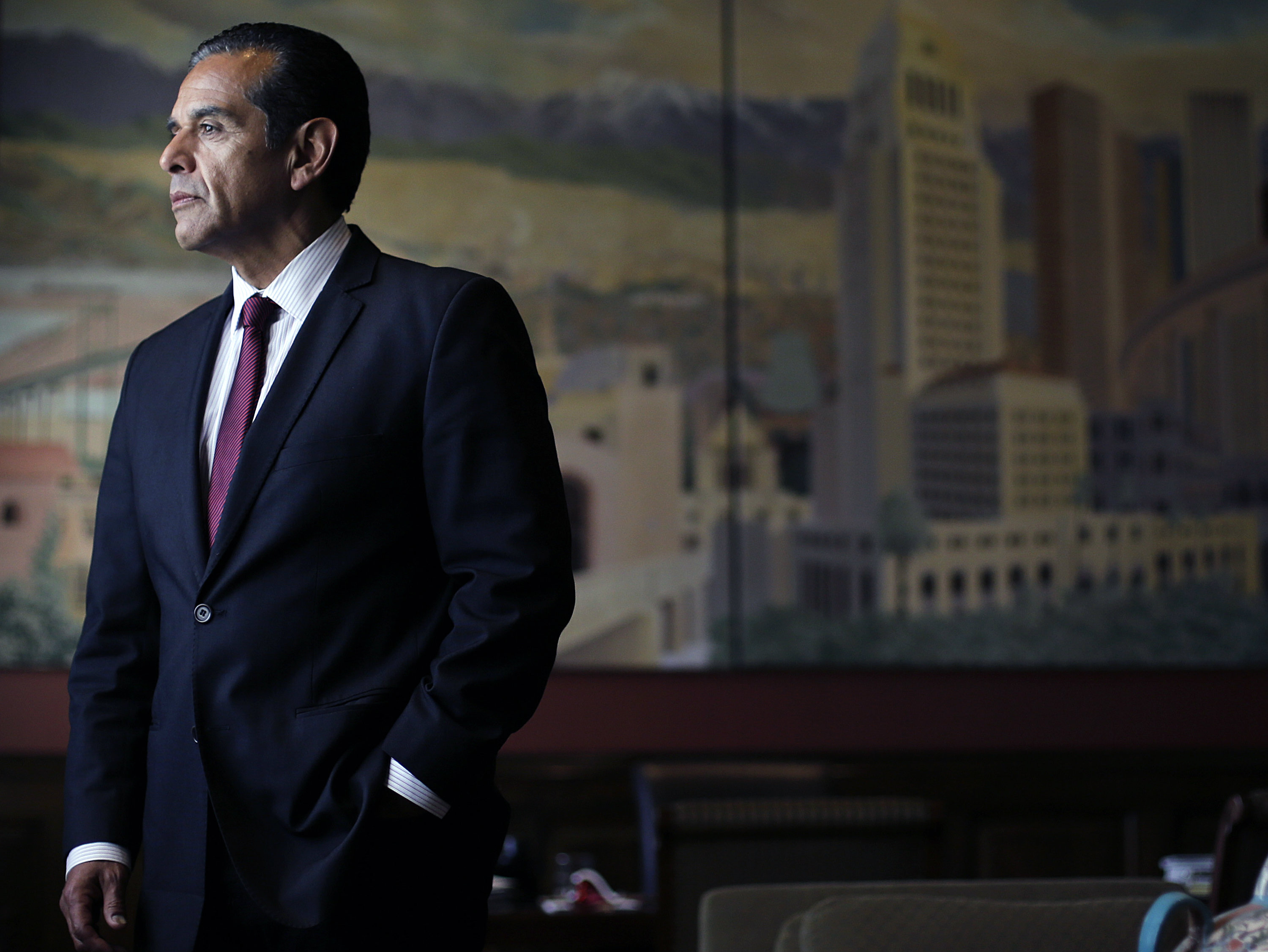 7. California: 6th largest economy in the world and one of highest poverty rates in nation?

Former Los Angeles mayor and candidate for governor Antonio Villaraigosa said this summer "Although California has the sixth largest economy in the world, we also have one of the highest poverty rates" in the nation. We found Villaraigosa was correct on both points though he should have mentioned the state’s high cost-of-living to give a more complete picture. We rated it Mostly True.

Allen, the GOP candidate for governor, received our most severe rating when he wrote in an op-ed late last year that "beginning on Jan. 1, prostitution by minors will be legal in California." We found the claim to be grossly misleading and inaccurate in its characterization of a new state law. That law aims to protect sexually exploited minors from landing in juvenile hall. Solicitation and sexual relations with minors remains illegal. We gave it a Pants On Fire!

5. TRUE: During campaign, Trump pledged to leave marijuana legalization up to states

Lt. Gov. Gavin Newsom, a Democratic candidate for governor, claimed now President Donald Trump "committed to honoring states' rights when it comes to marijuana legalization," during his run for the White House. We found multiple campaign interviews where Trump said marijuana legalization should be left to the states to decide. We rated it True.

Following Trump’s executive order in January that temporarily banned the admission of refugees, California Democratic Congressman Ted Lieu asserted "the chances of being killed by a refugee committing a terrorist act is 1 in 3.6 billion." We found the statement is accurate but needed additional clarification. We rated it Mostly True.

3. Does California really have the ‘6th largest economy on planet Earth’?

In 2016, State Senate Leader Kevin De Léon said California has the "sixth largest economy on planet Earth". Our research on this hypothetical comparison showed California’s 2.4 trillion GDP edges out that of France and Brazil, but does not account for regional variances produced by high cost-of-living and Silicon Valley’s concentrated wealth. Because of this omission, we rated it Mostly True.

2. Does California give more than it gets from Washington D.C.?

Democratic Attorney General Xavier Becerra claimed in January, "We always, as taxpayers in the state of California, pay more in taxes than we get back to our state." We didn’t rate this on our Truth-O-Meter, but we found there’s definitely some truth to it, and obviously our audience found it was an important topic. The California Legislative Analyst’s Office, for example, said California is a donor state, but just barely. It receives $0.99 in federal spending per dollar of taxes paid. That’s below the national average return for states of $1.22 per dollar paid.

1. Pence’s support for conversion therapy not a settled matter

Lt. Gov. Gavin Newsom said in July 2016 that now Vice President Mike Pence "advocated for diverting taxpayer dollars to so-called conversion therapy," citing Pence’s 2000 campaign website. Although LGBTQ activists say the site’s language offered a "thinly veiled" reference to conversion therapy, it did not explicitly discuss the controversial practice, and the statement Newsom refers to could be read as an allusion to Pence’s safe-sex advocacy. We rated it Half True.

While this year’s not quite finished, we’re looking forward to the 2018 election year. We anticipate it will be busy with fact checks from our Tracking The Truth project, which examines claims in the state’s gubernatorial race. We’ll also investigate statements in California’s U.S. Senate race, as well as other important contests.

As we move into our third full year in 2018, we’d like feedback from you -- our audience. Whether you agree or disagree with our ratings, we’d like to hear your voice.

We also want your ideas for a fact-check. Have you heard something that makes you wonder: ‘Is that true?’ If so, fill out a form here with your idea.

A Happy New Year to all!

UPDATE: Our summary of our fact check involving the Oroville dam has been updated to clarify that environmental groups warned that the dam's adjacent emergency spillway needed to be reinforced.