Donald Trump took the White House six months ago after nearly 63 million voters embraced his promise to "Make America Great Again," an ethos that wove together strands of major campaign themes of law and order, economic growth and American nationalism.

Drawing from experience as a branding expert, candidate Trump showed a fingertip feel for his supporters’ deepest desires, which he crystallized into bold promises that sometimes resounded as rallying cries―"Build the wall!," for instance, became a shorthand for Trump’s vow to construct a southern border wall on Mexico’s dime.

But as the saying goes, politicians campaign in poetry and govern in prose. Now six months into a turbulent presidency beset by investigations into possible ties between the his campaign and Russia, how well has Trump translated his lofty pledges into public policy?

Here is a snapshot of six major promises Trump made and has tried to deliver on, with varying degrees of success, since the moment he first descended a gilded escalator at Trump Tower to announce his presidential bid through his first six months in office (see more than 100 other promises we’re tracking at our Trump-O-Meter).

Build a wall and make Mexico pay for it

STATUS: In the Works

In a stemwinder speech announcing his presidential bid, Trump accused Mexico (falsely) of sending drug dealers, criminals and rapists into the United States, and promised to build a wall between the countries at Mexico’s expense.

"I would build a great wall, and nobody builds walls better than me, believe me, and I'll build them very inexpensively, I will build a great, great wall on our southern border," Trump said June 16, 2015. "And I will have Mexico pay for that wall."

"Build the wall!" chants soon became a staple at campaign rallies, and a signature promise of Trump, who said a wall would end illegal immigration and cut the flow of illicit drugs.

Five months after entering the White House, Trump asked Congress for $1.6 billion to secure 74 miles along the U.S.-Mexico border, which a House committee later approved.

Now it's up to Congress whether Trump will get the requested border security funding for fiscal year 2018. Mexico, meanwhile, continues to reject the idea of footing the bill.

STATUS: In the Works

After radical Islamists carried out gruesome attacks in Paris and San Bernardino, Calif., in late 2015, Americans reported feeling more fearful of a future terrorist attack than at any other time since the weeks after Sept. 11, 2001.

Seizing his moment days after the mass shooting in California, Trump on Dec. 7 called for a "total and complete shutdown of Muslims entering the United States until our country's representatives can figure out what the hell is going on."

Trump’s position went through several iterations over the course of the campaign, with the candidate eventually settling on what he dubbed "extreme vetting," a policy meant to toughen up the U.S. admissions process.

In his early days as president, Trump signed an executive order that temporarily halted travel and immigration from seven countries affected by terrorism, paused refugee admissions for 120 days and indefinitely stopped the resettlement of Syrian refugees (he later signed a narrower executive order explained here).

Trump’s efforts have been ensnared in numerous court challenges, with the Supreme Court agreeing to hear the case on the merits the following term.

In keeping with Republican orthodoxy, candidate Trump promised to repeal the Affordable Care Act, or Obamacare, and replace it with something more in line with free market principles.

"Real change begins with immediately repealing and replacing the disaster known as Obamacare," Trump said at a Nov. 7, 2016, rally in Michigan.

Five months into Trump’s presidency, after intense negotiations on the Hill, the House passed a replacement bill in May, which Trump feted in a White House ceremony.

The focus then turned to the Senate, where a slim margin of error constrained GOP efforts to repeal and replace Obamacare, forcing a delicate balancing act between the party's conservative and moderate wings.

By July, a compromise appeared beyond reach, after a series of defections by Senate Republicans scuttled two separate efforts to dismantle the current health law, and placed one of Trump’s most oft-repeated campaign promises in limbo.

Candidate Trump vowed to cut through red tape once in the White House, promising a rollback of the "wasteful and unnecessary" regulations he blamed for burdening markets and killing jobs.

In the early days of his presidency, Trump signed an executive order directing two regulations to be slashed for every new regulation created (with some exceptions).

In its first five months, the Trump administration withdrew or delayed 860 proposed regulations, according to a twice-a-year regulatory report by the Office of Management and Budget. Over that same period, the administration added only 58 regulations deemed "economically significant," with an impact of $100 million or more.

Nominate someone from his list of justices to replace Antonin Scalia

After the death of conservative justice Antonin Scalia on Feb. 13, 2016, Trump called on Republican lawmakers to hold the Supreme Court seat vacant until after the election on the promise that Trump would appoint a like-minded jurist.

Later, Trump released a list of potential appointees who met his requirements, which included favoring gun rights as well as a pro-life approach to cases concerning abortion.

"I am looking to appoint judges very much in the mold of Justice Scalia. I'm looking for judges — and I've actually picked 20 of them so that people would see," he said during an Oct. 9, 2016, debate. Meanwhile, the Senate Republican blockade of a replacement held.

Less than two weeks into his presidency, Trump drew from his list of candidates to nominate Judge Neil Gorsuch of the U.S. Court of Appeals for the 10th Circuit. Gorsuch was confirmed April 7, 2017.

Withdraw from the Trans-Pacific Partnership (TPP)

On the campaign trail, Trump spoke of free trade as a kind of millstone around the neck of blue-collar America, blaming poorly-negotiated trade deals for eroding the U.S. manufacturing base and desolating rust belt communities.

In the contest for white working class votes in particular, trade would figure as a major point of contrast between Trump and Democratic presidential nominee Hillary Clinton, with Trump hammering Clinton ― pretty accurately ― for her record of supporting trade deals.

"She supported (the North American Free Trade Agreement), and she supported China’s entrance into the World Trade Organization — another one of her husband’s colossal mistakes," Trump said at the Republican National Convention in Cleveland on July 21, 2016. "She supported the job-killing trade deal with South Korea. She supported the Trans-Pacific Partnership."

For Trump, the Trans-Pacific Partnership, or TPP, an Obama-era deal to lower trade barriers among a dozen countries, came to symbolize decades of wrongheaded U.S. trade policy that placed internationalism ahead of American interests. He vowed to pull the United States from the deal.

Trump made good on that promise his first full weekday in office, signing a presidential memorandum that set U.S. withdrawal in motion. 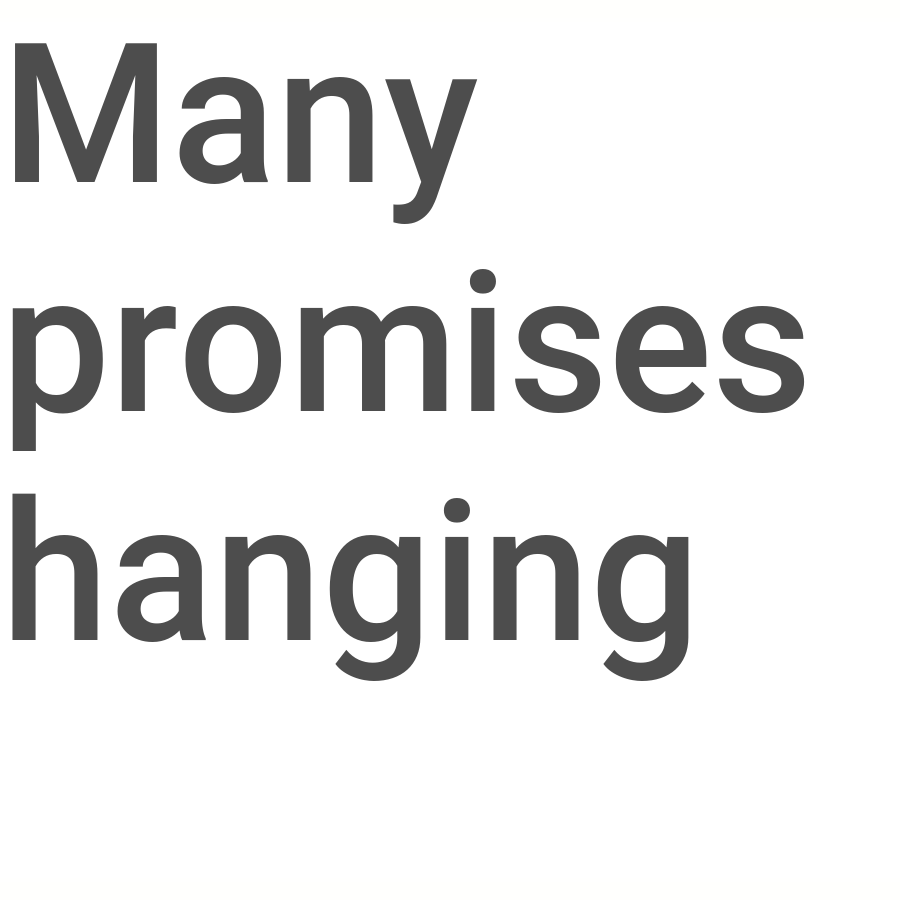 PolitiFact Rating:
Many promises hanging
“Never has there been a president, with few exceptions — case of FDR, he had a major depression to handle — who has passed more legislation and who has done more things than what we’ve done.”
Donald Trump
President

PolitiFact, "Promise: Build a wall, and make Mexico pay for it"

PolitiFact, "Promise: Nominate someone from his list of justices to replace Antonin Scalia"