Fact-check: The epic pay battle between Wonder Woman and Superman

Elle.com published an online column by Jaya Saxena on June 19, 2017, saying that despite Wonder Woman’s box-office success, the movie was a prime example of the gender wage gap in Hollywood.

Merciful Minerva, that’s quite a difference!

The story really caught on the next day, however, when Teen Vogue columnist Lauren Duca tweeted about that stat, adding another tweet that linked to the Elle.com post: 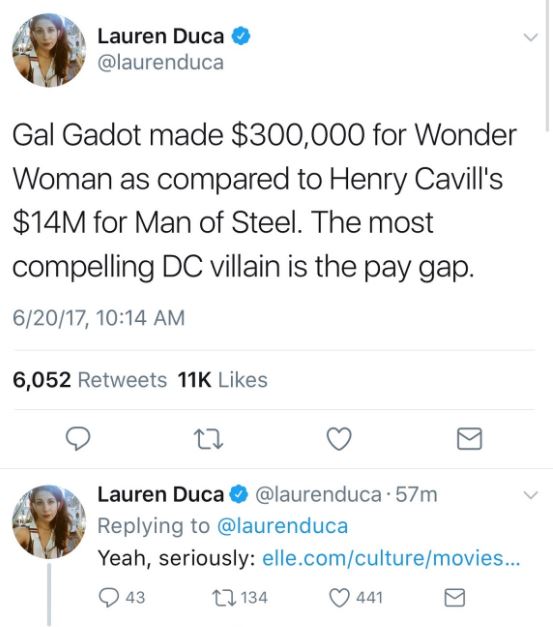 The post and subsequent tweet initially sparked outrage online over the apparent discrepancy. Gadot (her name is pronounced "guh-dote") and Cavill (like "gravel") both started their franchises with similar star power, so several websites said the paltry amount the Israeli woman made in relation to the British man showed that Tinseltown has it in for female talent.

That’s a real thing, to be honest. Hacked Sony emails released in 2014 showed that star actresses made less than male counterparts.

But like an invisible jet racing at supersonic speed, the backlash over the comparison hit the web within hours. Scads of media outlets pointed out that while Gadot’s earnings have been widely reported, there’s simply no proof that Cavill made such a super payday.

Elle.com later added an update to the post noting, "Reports that Henry Cavill earned $14 m for Man of Steel are unconfirmed. Although the pay gap persists in Hollywood, this example is not adequately supported by the information available."

We reached out to both Elle.com editors and Saxena, but did not get a reply.

Duca later followed up her tweets by explaining the problem with the figures, but eventually deleted them entirely. She told us via email that she "felt that deleting was the best way to stop the spread of misinformation."

We wondered about the difference ourselves, but we couldn’t put this claim on the Truth-O-Meter. Short of being able to use the Lasso of Truth, neither we nor anyone else can confirm the value of Cavill’s contract — or Gadot’s, for that matter.

We contacted Warner Bros. Pictures, which is responsible for both Wonder Woman and Man of Steel, but a spokesman had no comment.

In her column, Saxena linked to a March 2016 Forbes article about Batman v Superman: Dawn of Justice, comparing the financial success of the two franchises. Forbes’ Nick DeSantis wrote that Cavill’s "$14 million Man Of Steel paycheck (was) only $1 million short of Christian Bale's $15 million for The Dark Knight Rises."

We tried to contact DeSantis to ask where he found that figure but didn’t hear back. A graphic on the story noted as a source TheRichest.com, a clickbaity website that churns out listicles and trivia tidbits.

That site listed Cavill’s 2013 earnings as only $14 million in salary and box office gross from Man of Steel, plus a wristwatch worth almost $24,000 — so it’s not exactly a detailed and comprehensive ledger. TheRichest.com didn’t answer our questions about their total, although the site did use the $14 million figure in a March 2017 post ranking the 15 highest superhero paychecks.

Saxena attributed Gadot’s $300,000, meanwhile, to a January 2014 Variety article, which in turn cited an Israeli entertainment show as first reporting the figure. Good Evening with Gai Pines reportedly said Gadot had signed a three-movie deal, making $300,000 for each film.

But that figure is misleading. While it likely covers Gadot’s base salary for starring in Dawn of Justice, Wonder Woman and the upcoming Justice League, it doesn’t say anything about percentages or bonuses. And really, no one has official details of what she will eventually rake in for the runaway success of Wonder Woman, which has so far earned more than $578 million globally.

Other outlets argued he almost certainly made less than $14 million. Vulture.com reported that an unnamed source said Cavill made six figures, less than his better-known Man of Steel costar Amy Adams.

An anonymous source told Vanity Fair that there’s no way Cavill made $14 million for a single movie. Another source supposedly familiar with the two actors’ contracts told the magazine, "If you do an apples-to-apples comparison, she was paid at least as much as he was."

Other actors often start their franchises at the low end and build up to higher salaries, sort of like sports stars growing their paydays with age and achievement. While we don’t know exact numbers, Chris Evans reportedly made $300,000 for 2010’s Captain America: The First Avenger, and Chris Hemsworth hammered out a deal for somewhere around $150,000 or $200,000 to star in 2011’s Thor.

If you’re a bigger star, you can command a higher salary. Veteran actor Robert Downey Jr.’s agreement to play Iron Man started at a base salary of $500,000 (with some back-end profit-sharing) and has since ballooned to $50 million.

With Wonder Woman pulling in more than $578 million globally since its release, you can bet a sequel is on the way. The good news for Gadot is that she now can negotiate a new contract, and Hollywood experts agree she will command a far more Prince-ly sum. 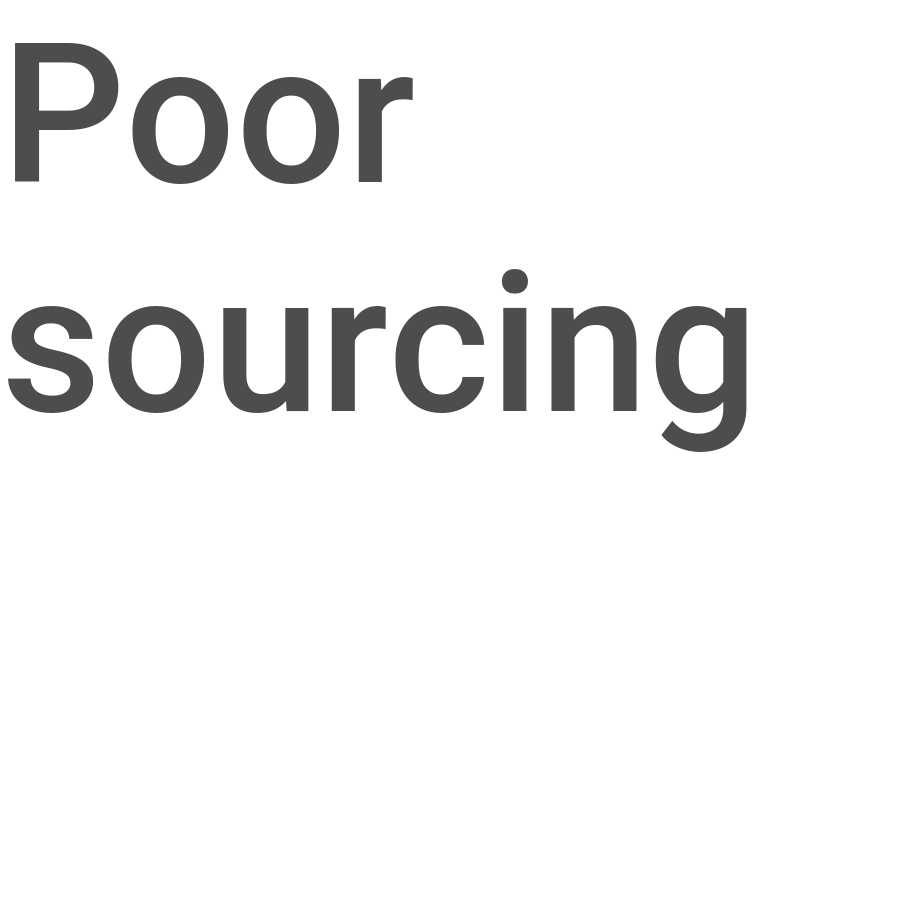 TheRichest.com, "Ranking The 15 Actors With The Highest Superhero Paydays," March 26, 2017

ScreenRant.com, "Gal Gadot’s DCEU Paycheck is About the Same as Henry Cavill’s," June 20, 2017

Buzzfeed.com, "Despite What You've Heard (From Us), Gal Gadot Was Paid At Least As Much As Henry Cavill For ‘Wonder Woman’," June 20, 2017