A viral image of National Basketball Association superstar LeBron James wearing a T-shirt about racial inequity gained lots of traction on social media, but the wording has been digitally replaced.

PolitiFact first saw an image of James wearing the shirt on Oct. 9, 2017, on the Facebook page of Occupy Democrats, but the photo has spread all over the Internet.

This Shirt Says It All! pic.twitter.com/8OrKgIpbTz

But the image is fake. James wasn’t wearing that shirt in that photo (although you can buy it from scads of online retailers).

He actually was wearing a completely different tee with a message about social injustice.

The photo was from warmups for James’ Dec. 8, 2014, game in Brooklyn. His teammate Kyrie Irving also wore the shirt, as did four members of the Brooklyn Nets. 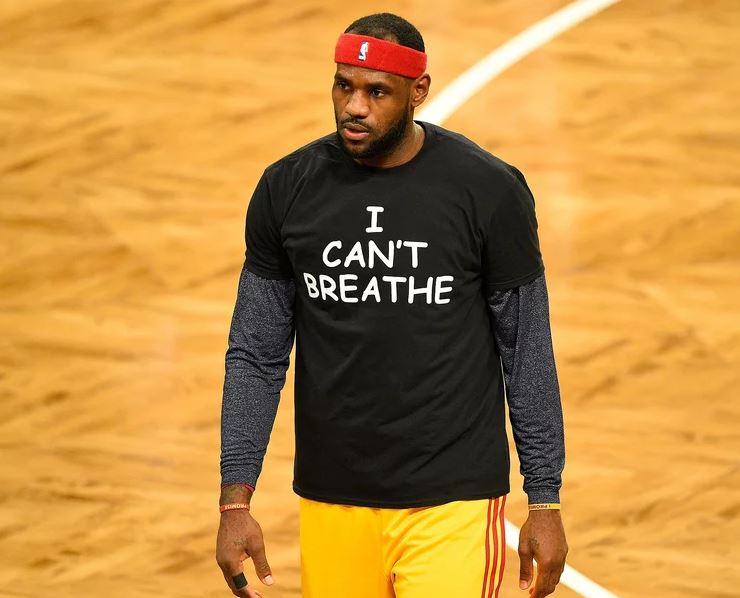 This Icon Sportswire photo from Dec. 8, 2014, had been altered and posted on the Internet.

The players wore the shirts to pay tribute to 43-year-old Eric Garner, a black man who died while being choked by a New York police officer on Staten Island. His last words, "I can’t breathe," became a slogan at protests across the country.

"I've been quoted over and over about what's going on as far as it's more of a notion to the family, more than anything. Obviously, as a society we have to do better. We have to be better for one another," James said in 2014. "It doesn't matter what race you are. It's more of a shout out to the family more than anything, because they're the ones that should be getting all the energy and effort."

More recently, James chided President Donald Trump, who lashed out at the Golden State Warriors’ Stephen Curry for refusing to visit the White House with his championship team. James called Trump a "bum"on Twitter and later added that Trump "doesn't understand the power that he has" as president.

The older photo of James has been altered to make it look like he was wearing something he wasn’t. That earns this photo of a shirt a False.

SportsIllustrated.com, "Why we can expect increased athlete activism during Donald Trump's presidency," Nov. 21, 2016