President Donald Trump in a speech to the United Nations General Assembly condemned the Syrian government for attacks against its own citizens and pledged that the United States would seek a solution that would allow refugees to return home.

"We appreciate the efforts of the United Nations agencies that are providing vital humanitarian assistance in areas liberated from ISIS. And we especially thank Jordan, Turkey and Lebanon for their role in hosting refugees from the Syrian conflict," Trump said Sept. 19.

The United States has provided billions of dollars in support and seeks refugee policies that will enable "their eventual return to their home countries to be part of the rebuilding process," Trump said.

"For the cost of resettling one refugee in the United States, we can assist more than 10 in their home region," Trump said. "Out of the goodness of our hearts, we offer financial assistance to hosting countries in the region, and we support recent agreements of the G-20 nations that will seek to host refugees as close to their home countries as possible. This is the safe, responsible and humanitarian approach."

We wondered about the accuracy of Trump’s claim that what’s spent on resettling one refugee in the United States could be used to help more than 10 refugees in their home region. We found the on-the-ground reality of aid to refugees to be so complex that it’s not possible to prove or disprove Trump’s statement.

The U.S. Health and Human Services Department (HHS), for example, told us that many mainstream programs and federal departments offer aid to refugees, and that makes an overall per-capita cost estimate impossible to calculate

Independent experts also told us refugees come to the United States for permanent resettlement, whereas refugees in neighboring countries are there for humanitarian aid with the expectation that they will go back to their home countries. So a direct comparison isn’t appropriate.

Given the complexity of the calculations, we won’t put this claim on the Truth-O-Meter. Here we will provide an overview of the refugee resettlement process in the United States versus resettlement support in a refugee’s "home region."

The White House declined to comment on the record.

Refugees in the United States

Refugees undergo extensive vetting before arriving in the United States. When they get here, they are eligible for assistance from the Office of Refugee Resettlement within HHS. That help includes cash and medical assistance for up to eight months after the date of their arrival, English as a foreign language classes, job training and employment services.

As for costs, the State Department reported that in fiscal year 2016 it spent nearly $545 million on the U.S. Refugee Admissions Program — that accounts for processing, transportation, reception and placement costs. (An expert told us refugees have to repay the full cost of their travel tickets, usually within two years.)

About $1.6 billion in fiscal year 2016 went to Refugee and Entrant Assistance, administered by the Office of Refugee Resettlement within HHS. Refugee and Entrant Assistance funds programs that help refugees, asylees, Cuban and Haitian entrants, survivors of torture, Special Immigrant Visa holders, trafficking victims as well as unaccompanied children who were apprehended by immigration officials and are waiting for a resolution of their immigration case.

About $697 million of Refugee and Entrant Assistance’s 2016 budget went to resettlement services, according to Refugee Council USA, a coalition of non-governmental organizations that help refugees.

So how much is spent per refugee resettlement? That’s not clear.

"The amount and type of federal assistance provided to a refugee during his or her period of eligibility can vary greatly," said Victoria A. Palmer, HHS spokeswoman. "Additionally, cash and medical assistance are administered at the state level, and the state cost-sharing amounts vary significantly from state to state."

Whether refugees cost money or contribute to the U.S. economy is a controversial issue.

A November 2015 study from the Center for Immigration Studies, which favors low immigration levels, found a $64,370 cost to taxpayers per refugee from the Middle East over the course of the refugee’s first five years in the United States.

The five-year resettlement estimate includes expenses incurred by offices within HHS and the State Department, plus welfare and education costs, the center reported. The estimates are based on 2013 figures.

"It should be clear that what drives these costs are the initial expenditures by (Office and Refugee Resettlement) and (Bureau of Population, Refugees, and Migration) and the very high use of welfare by Middle Eastern refugees," the CIS report said.

But several experts cautioned against making a cost-effectiveness argument based on these two types of support, as Trump did.

Costs associated with temporary first asylum in a neighboring country versus costs for resettlement in a new country "are not remotely comparable," said Michelle Mittelstadt, director of communications and public affairs at the nonpartisan Migration Policy Institute.

Temporary asylum is a humanitarian response to keep people alive, whereas resettlement offers refugees a chance to rebuild their lives, Mittelstadt said.

"People in countries of first asylum often have no access to work, their children are not in school, and they have no access to a permanent status. They are living lives interrupted, at the margins of society," Mittelstadt said. "So suggesting that leaving people in countries of first asylum can be the cost-effective solution to resettlement ignores what this means in reality."

Economies in the "home region" for Syrian refugees, for instance, also are not comparable to the economy of the United States, said Alessandra Von Burg, a communications professor at Wake Forest University who works with refugees in North Carolina.

Because of their weak economies, most of the funding for refugee camps, including food and medical aid, comes from international organizations and from foreign aid from the United States, "so the numbers are hard to compare as costs to individual nations," Von Burg said.

"Hosting nations in the Middle East and Europe provide healthcare too, but the medical costs are lower than in the United States, so again a direct comparison is difficult," Von Burg said.

Trump made an apples-to-oranges comparison, said Miriam Potocky, an expert on refugee resettlement and professor at the School of Social Work at Florida International University.

"Syrian refugees living in neighboring countries do not have access to the same rights, opportunities, and standards of living as those resettled in the United States," Potocky said. "So, the president may possibly be technically accurate about costs, but it is one thing to be confined to a refugee camp for years with no access to education, legal employment, or decent housing, and quite another to be in the United States where refugees receive assistance to rebuild their lives."

Other experts also told us it’s important to consider economic benefits refugees bring to the nations where they resettle.

"Looking only at costs distorts the picture greatly," said David Martin, an emeritus professor of law at the University of Virginia. "Refugees who stay idle in a first asylum camp cannot contribute to the host society, whereas those who are resettled mostly do, especially over time."

In March, Trump sent a memo to Secretary of State Rex Tillerson asking for an estimate of the long-term costs, at all government levels, associated with the U.S. Refugee Admissions Program and how to cut those costs; and for a report on the estimated number of refugees supported in countries of first asylum ("near their home countries") for the same long-term cost of supporting them in the United States.

In response to that, Martin and nine other scholars and practitioners in immigration and refugee affairs sent a letter to Tillerson saying that Trump’s request was "a flawed exercise because it treats the two measures as comparable solutions to what are very different challenges." The letter’s signatories included senior immigration and refugee officials from past Republican and Democratic administrations.

The refugee and immigration experts said a study should include the long-term economic, fiscal, and social benefits of refugee resettlement.

"While a short term comparison may show that the initial investment in resettling someone in the United States is more costly than giving that person meager food rations in a refugee camp, surely the long-term comparison … would show that resettlement is actually a cost effective approach," said Jen Smyers, director of policy and advocacy for the immigration and refugee program with Church World Service, one of the nine national agencies that resettle refugees on behalf of the U.S. government.

The New York Times reported on Sept. 18 that the Trump administration had rejected an HHS internal study that found a $63 billion positive fiscal impact from refugees over a 10-year period.

The White House told the New York Times that the internal report was politically motivated and that a separate report asserted that per-capita costs are higher for refugees than for Americans.

Debate persists on the number of refugees that should be allowed into the United States and on how they impact American society. The president, in consultation with Congress, determines the maximum number of refugees allowed into the United States per fiscal year (Oct. 1- Sept. 30). Trump has until Oct. 1 to set a refugee cap for fiscal year 2018. 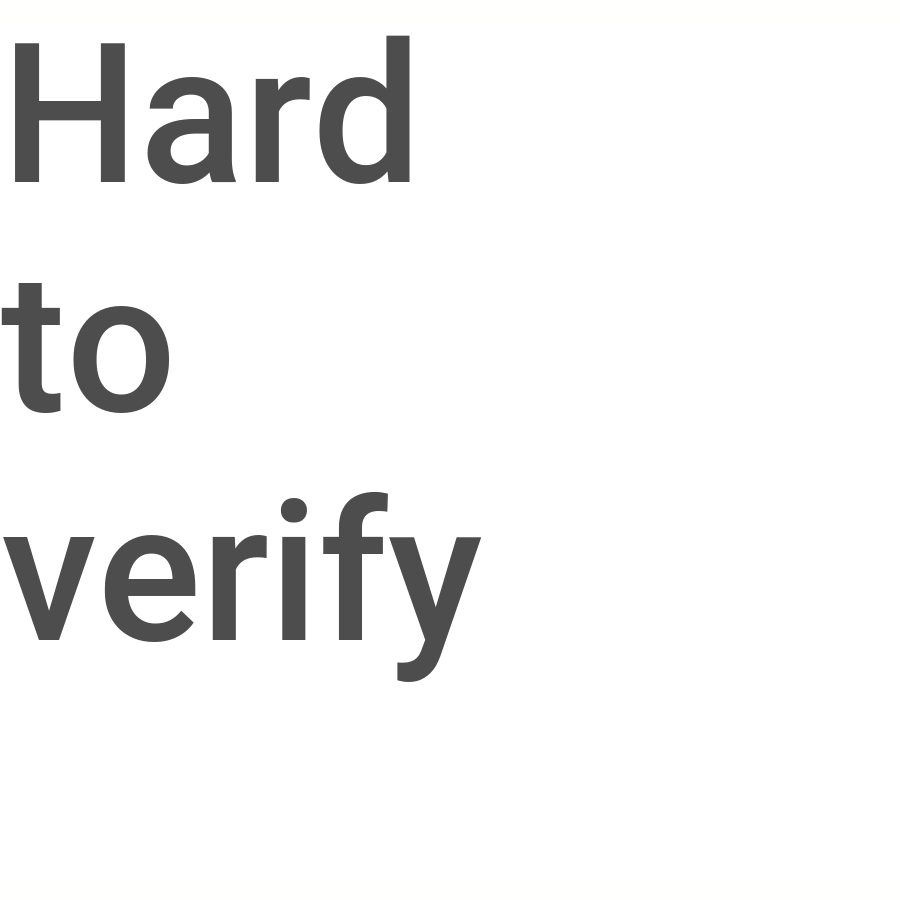 PolitiFact Rating:
Hard to verify
https://www.latimes.com/world/la-fg-trump-united-nations-address-transcript-20170919-htmlstory.html
"For the cost of resettling one refugee in the United States, we can assist more than 10 in their home region."
Donald Trump
President of the United States

PolitiFact, Ben Carson: 'There is currently no ability to vet' Syrian refugees, Nov. 19, 2015

Email interview, Jen Smyers, director of policy and advocacy for the immigration and refugee program with Church World Service, Sept. 20, 2017

Email interview, Miriam Potocky, an expert on refugee resettlement and professor at the School of Social Work at Florida International University, Sept. 20, 2017

Email interview, David Martin, an emeritus professor of law at the University of Virginia, Sept. 19, 2017