There’s perhaps no more controversial or mischaracterized piece of recent legislation in California than the sanctuary state law.

Critics describe it as "lawlessness," an example of the Democratic-controlled state "going rogue," and preventing local law enforcement from cooperating with federal immigration agents to deport undocumented residents.

The law, Senate Bill 54 and also known as the California Values Act, was signed last year by Democratic Gov. Jerry Brown. Supporters say it was designed to encourage undocumented Californians to trust the police and report crimes in their neighborhoods, rather than viewing local law enforcement as an immigration force.

In a July 10 letter to the Placer County Board of Supervisors opposing the sanctuary law, Republican Rep. Tom McClintock offered his own characterization of it:

"California’s policy of releasing dangerous criminal illegal aliens back into our communities rather [than] remanding them to federal authorities for deportation presents a critical public safety issue for the people of Placer County."

In his letter, McClintock urged the county supervisors to formally oppose the law. The board ultimately decided not to join the more than a dozen cities and counties that have passed resolutions, or in some cases filed lawsuits, against the state over the law.

For this article, we wanted to know whether the congressman accurately described California’s sanctuary state law. We zeroed-in on his description of it as a "policy releasing dangerous criminal illegal aliens back into our communities." 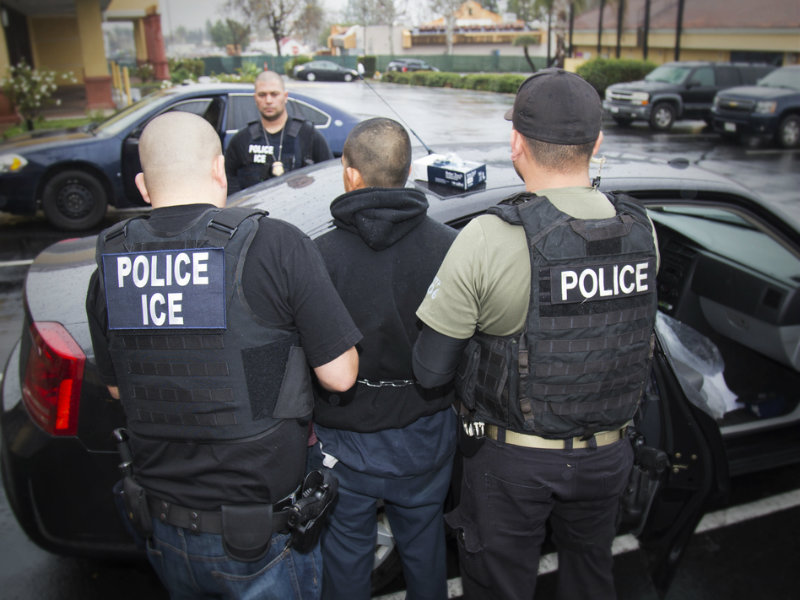 The sanctuary law isn’t just controversial in California. In May, it was the subject of a meeting at the White House between President Trump and a hand-picked group of California elected leaders who are critical of it.

At that meeting, Trump described it as a "law that forces the release of illegal immigrant criminals, drug dealers, gang members, and violent predators into your communities." He went on to say it "provides safe harbor to some of the most vicious and violent offenders on Earth, like MS-13 gang."

That’s a distorted and out-of-context representation of the law, as we’ll see when we examine McClintock’s statement in a moment.

This month, a federal judge dismissed the majority of the Trump administration’s lawsuit against California over three laws that protect undocumented immigrants, including SB 54. The judge allowed the lawsuit to move forward, however, against a state law that fines employers for failing to keep federal agents out of their workplaces without a warrant.

In a separate ruling on Aug. 1, the 9th U.S. Circuit Court of Appeals agreed Trump’s executive order threatening to withhold funding from "sanctuary cities" was unconstitutional, but also said a judge went too far when he blocked its enforcement nationwide.

What does California’s sanctuary law do?

SB 54 prohibits local and state law enforcement from using their resources, including personnel or facilities, to investigate or arrest people for federal immigration enforcement purposes.

As detailed in an Orange County Register article, it builds on the California Trust Act, a 2013 state law that banned local agencies from holding potentially deportable immigrants for U.S. Immigration and Customs Enforcement (ICE) unless they had been convicted of serious or violent felonies, or misdemeanors that could be classified as felonies.

But there’s also a lot the law doesn’t do, contrary to the broad and deeply incomplete assertions from Trump and McClintock.

Here’s how Brown described the cooperation that’s still allowed in his bill signing message on Oct. 5, 2017:

"[T]he bill does not prohibit sheriffs from granting immigration authorities access to California jails to conduct routine interviews, nor does it prevent cooperation in deportation proceedings for anyone in state prison or for those in local jails for any of the hundreds of serious offenses listed in the TRUST Act."

Some of those hundreds of serious offenses in the Trust Act include: assault, battery, sexual abuse and exploitation, rape, crimes endangering children, burglary, robbery, theft, fraud, forgery, a crime resulting in death,  gang-related offenses, some domestic violence offenses, drug and weapon-related offenses and felony (but not misdemeanor) driving under the influence convictions.

‘Absolutely not a correct assessment’

Charis Kubrin, a UC Irvine criminology professor who studies immigration, wrote in an email that "this is absolutely not a correct assessment/characterization of SB 54. … The bill very much makes room for cooperation when necessary, such as when dealing with violent (undocumented) individuals."

Kubrin also cited studies that show immigrants do not commit crimes at higher rates than citizens, a point that diminishes McClintock’s depiction of "dangerous" criminals released back to communities. After examining related studies last year, we rated Mostly True a claim that "Undocumented immigrants commit less crimes than the native born." We added that researchers agree more data is needed to get a better understanding of immigration and crime.

Louis DeSipio, a UC Irvine professor of political science who specializes in immigration, added that McClintock’s claim is "an inaccurate description of the law," noting law enforcement can cooperate with federal authorities "when serious felonies are involved."

A spokesman for McClintock wrote in an email the congressman "based his statement on the explicit conclusions reached by a wide range of law enforcement officials in many public statements regarding California’s so-called sanctuary laws and ordinances, including Sheriffs throughout the Fourth Congressional district."

As an example, he cited this statement from El Dorado County Sheriff John D’Agostini: "We just want to do our jobs and keep our communities safe. This bill [SB 54, the California Sanctuary State bill] absolutely jeopardizes public safety in our communities. We’re not immigration officers, we never have been and we’re never going to be. We just want to be able to cooperate with our federal partners so that these folks that end up in our custody and need to be deported, get deported."

McClintock’s office also pointed to a report by the Orange County Sheriff’s Department that examined the number of new charges faced by people who were released from the county jail instead of being turned over to ICE due to the restrictions under state law. Of the 414 released during the first five months of the year, the department found 45 re-offended and faced a total of 80 charges. The largest batch of charges, 21, were for possession of drugs or drug paraphernalia. Six charges were for resisting a peace officer; five each for DUI and driving without a license or suspended license; and four each were for assault with a deadly weapon and spousal battery.

Cory Salzillo, legislative director for The California State Sheriffs’ Association, which opposed SB 54, said it allows law enforcement to cooperate with ICE on "serious" and "violent" crimes as defined by the state’s penal code.

But Salzillo said there are a host of other offenses that aren’t classified as serious or violent under the law that are still concerning. Law enforcement can not cooperate with ICE, for example, when an undocumented resident is charged with or convicted of assaulting a peace officer, domestic battery, animal cruelty or DUI without injury.

"There are crimes you or I might think are serious and or violent that may not be serious or violent according to statute," he said.

Jessica Vaughan is director of policy studies at the Center for Immigration Studies, which advocates for strict immigration limits. She said McClintock’s statement is accurate. She cited a case in Sonoma County, in which an undocumented man arrested for domestic violence was released and then later arrested on suspicion of murder.

Anecdotal examples such as that don’t move the law’s author, Democratic state Sen. Kevin de León, who is running for U.S. Senate against Dianne Feinstein.

"The California Values Act does not apply to dangerous or violent criminals.  Republicans suggesting otherwise are simply dishonest," De León said in a written statement.

SB 54 gives law enforcement discretion to work with federal immigration authorities when undocumented Californians are charged with any of the hundreds of serious crimes listed in the Trust Act. Those include assault, battery, sexual abuse and exploitation, rape, crimes endangering children, burglary, robbery, theft, fraud, forgery, a crime resulting in death, and many more. McClintock’s statement gives the wrong impression that local police and sheriff’s deputies have their hands tied for all offenses.

While there’s no doubt the congressman left out this key context, his use of the word "dangerous" is more complicated. Many would interpret criminals charged with assaulting a peace officer or domestic battery as dangerous, even if those offenses aren’t among the many listed in the Trust Act. Others would say the truly violent criminals are covered under the act.

McClintock’s statement is as much a judgement as a statement of fact. At PolitiFact, we don’t place ratings on opinions. But as we’ve detailed, the majority of the facts don’t support the congressman’s viewpoint. 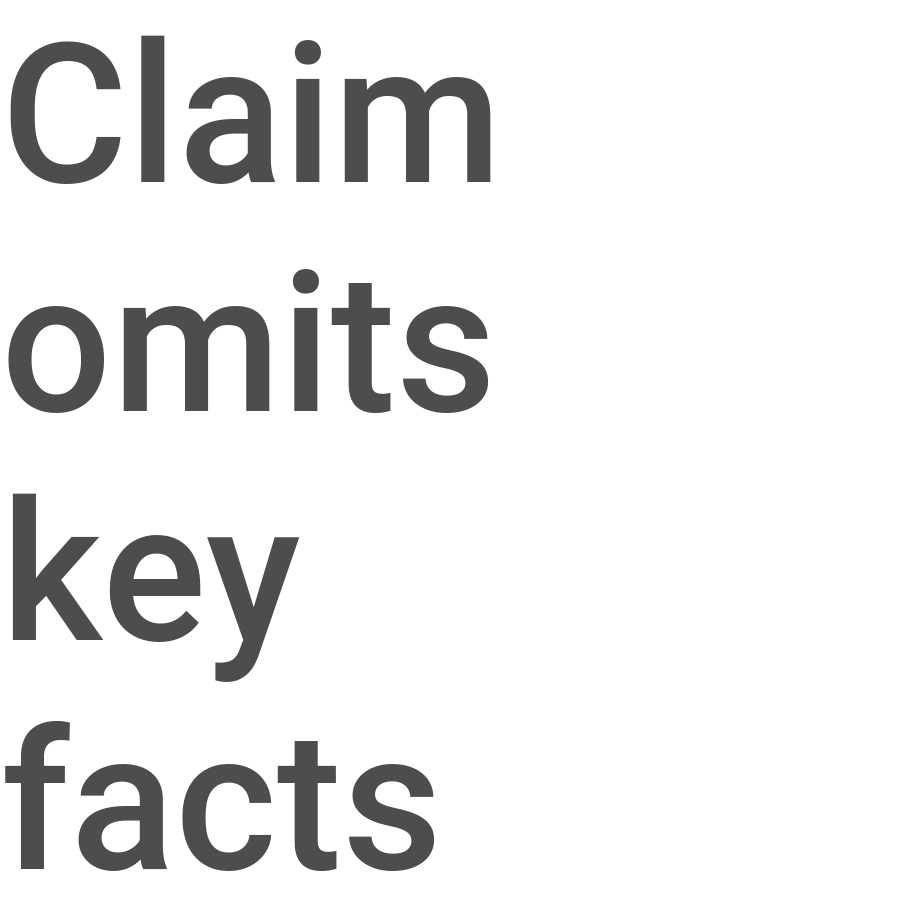 WhiteHouse.gov, Remarks by President Trump at a California Sanctuary State Roundtable, May 16, 2018

Los Angeles Times, What you need to know about California's 'sanctuary state' bill and how it would work, April 13, 2017