As President Donald Trump moves closer to nominating a Supreme Court justice, Democrats are scrambling for a strategy to stop a nominee that would tilt the court in a more conservative direction and reverse liberal gains.

The retiring Justice Anthony Kennedy was a swing voter who at times sided with the court’s liberal and conservative wings. Trump now has the chance to alter the court’s ideological balance in a manner that could reshape fundamental aspects of American life.

I interviewed 4 very impressive people yesterday. On Monday I will be announcing my decision for Justice of the United States Supreme Court!

Liberals fear their favored positions on everything from abortion rights to marriage equality to affirmative action could be threatened. Some also believe Trump could select a justice who would cast deciding votes on constitutional questions stemming from Special Counsel Robert Mueller’s investigation, like whether a sitting president can be indicted or pardon himself.

Kennedy’s retirement means Democrats are now looking hard for a plan to block Trump’s pick, or delay a confirmation vote until after the November midterm election, where Democrats are within striking distance of retaking the Senate.

We found much disagreement among Democrats about which moves are practical or possible. Because many of these arguments are speculative, we won’t be rating them on our Truth-O-Meter. But we did want to explore some of the ideas the party has talked about and what independent experts say about their feasibility.

Here are some of the ideas that have been floated:

The consensus view among political scientists we spoke to is that Democrats’ best bet is to bring moderate Republican senators to their side.

"Everything else is wishful thinking," said Burdett Loomis, a political science professor at the University of Kansas.

Under the current Senate rules, only a bare majority is needed to confirm a Supreme Court nominee. Republicans currently control the Senate by a razor-thin 51-49 margin. (Two Independent senators caucus with Democrats.)

The left hopes to pressure moderate Republican senators Susan Collins of Maine and Lisa Murkowski of Alaska into breaking GOP ranks to vote against Trump’s pick. Both women appear wary of confirming a nominee who is critical of Roe v. Wade, the landmark 1973 Supreme Court decision that legalized abortion.

"I would not support a nominee who demonstrated hostility to Roe v. Wade because that would mean to me that their judicial philosophy did not include a respect for established decisions, established law," Collins said July 1 on CNN's State of the Union.

Murkowski has been less explicit about whether a nominee’s opposition to Roe would be a deal-breaker. She told The Hill that Roe would be among the factors she weighs, and tweeted that she plans to "cast an independent vote" when nominees are brought before the Senate.

My statement on Justice Kennedy announcing his retirement: pic.twitter.com/svr3dbWUi6

Murkowski has a history of supporting abortion rights. She has routinely voted in favor of funding Planned Parenthood, setting her apart from most of her Republican colleagues.

"I do not like abortion," the Alaska senator said in a debate during her 2016 reelection campaign. "But I recognize that the Supreme Court has said that a woman has the right, the reproductive right, to choose. I’ve supported that."

During the 2016 presidential campaign, Trump repeatedly said he would appoint "pro-life" judges, and then-running mate Mike Pence said he would like to see the abortion ruling banished to "the ash heap of history."

While Trump told Fox News he probably won’t ask his nominees what their stance is on Roe v. Wade, he held open the possibility that abortion "could very well end up with states at some point" — which would require rolling back the federal protections enshrined in the landmark decision.

As Senate Democrats seek to flip Collins and Murkowski, they face vulnerabilities of their own. Several Democratic senators up for reelection this November hail from states Trump won easily in 2016, and where he remains popular today.

Most political scientists we spoke to said Democrats have no procedural tools at their disposal to delay a Supreme Court confirmation until the midterms.

However, there is an extreme and untested option Senate Democrats could use to try to block the vote, according to Gregory Koger, a political science professor at University of Miami.

At least 51 Senators must be present in the chamber to establish a quorum, the minimum number of members needed to debate and vote. Without a quorum, no business can be conducted. That includes confirmation votes on Supreme Court nominees.

While Republicans currently hold 51 seats, Arizona Sen. John McCain’s failing health has prevented him from voting since last December. If all 47 Democrats (and two Independents) agreed not to attend, Republicans would be unable to maintain a quorum, rendering them unable to confirm a nominee.

This practice, known as "quorum-busting," has worked at the state level. In 2003, more than 50 Democrats in the Texas state legislature fled to Oklahoma for five days, delaying a redistricting bill. When the bill was proposed again, 11 Democrats hid in New Mexico for 46 days to delay further.

Quorum-busting has even deeper roots: In 1840, Abraham Lincoln famously jumped out a window to prevent a vote in the Illinois state legislature.

If Democrats take this route, though, Republicans have tools to fight back. The sergeant-at-arms of the Senate would first request, and then "compel," the absent senators to attend. If the senators still refuse, the sergeant-at-arms has the power to arrest them.

While arrests are very uncommon, Koger pointed us to an incident in 1988 during a filibuster over a senatorial campaign spending bill. In order to maintain the quorum, Democrats ordered the arrest of Republican senator Bob Packwood, who was carried into the chamber feet-first, against his will.

The Democrats also have the option to attend the session but refuse to vote. That would effectively break the quorum without the threat of arrest. However, in this scenario, abstaining senators could be asked to explain why they chose not to vote. The Senate would decide if that was a compelling enough reason, and if the Senate decided not to allow the abstention, the senator would have to vote.

The stakes are high every time a Supreme Court justice leaves their post. Because the Constitution allows for justices to remain on the Court "during good behavior," justices can easily serve for 20 or 30 years. Thus, the president is tasked with nominating a justice whose term will likely last well beyond their own.

Groups on the left and right have suggested instating term limits on Supreme Court, limiting the power of each individual nomination. If judges had an 18-year term limit, for instance, each president could likely nominate two justices per term.

To change the term limits for Supreme Court justices, Congress would have to pass a constitutional amendment. In such a polarized era, it’s unlikely that a Republican-led congress would willingly strip the power that a lifelong nomination could offer their own party.

There are also concerns that term limits would limit the independence of the Supreme Court. In a 2014 debate at Columbia University, law school professor Thomas Merrill argued that term limits would undermine the court’s legitimacy, because justices would be tied to the politics of the president that appointed them, rather than to the Constitution.

But already, the court is split along partisan lines, based largely on which administration nominated each justice. According to the New York Times, justices used to cast votes that did not necessarily align with the politics of the president who appointed them. However, by 2010, the court had become decisively split into liberal judges nominated by Democrats, and conservative judges nominated by Republicans.

The Court under Chief Justice John Roberts has been divided along these lines, 5-4, more often than any other Supreme Court in history.

Some Senate Democrats have argued Trump should be barred from filling a High Court vacancy until after Special Counsel Robert Mueller’s probe concludes.

The investigation into whether Trump’s team colluded with a foreign power or obstructed justice could raise novel legal questions of presidential power that may ultimately be decided by the Supreme Court, including whether a sitting president can be indicted or pardon himself.

"If we’re not going to thoroughly discuss what it means to have a president with this ongoing investigation happening, who is now going to interview Supreme Court justices, and potentially continue with his tradition of doing loyalty tests for that person, we could be participating in a process that could undermine that criminal investigation," Booker said during a June 28 hearing before the Senate Judiciary Committee.

The phrase "court-packing" invokes the 1937 proposal by President Franklin D. Roosevelt to increase the size of the Supreme Court by as many as five justices. As we’ve noted, FDR’s scheme was seen as a naked power grab that alienated many Americans.

Nonetheless, liberals who have embraced the idea that Democrats need to "fight dirty" to preserve and advance the left’s agenda have called to renew the court-packing threat.

In Defense of Court-Packing https://t.co/iovY1kf7VE

This strategy would first depend on Democrats reclaiming the White House and Congress. Because the Constitution left it up to Congress to determine the number of seats on the Supreme Court, a Democratic-held Congress could in theory expand the bench. A liberal president could then pack the court with like-minded judges.

Some legal commentators have argued that court-packing — by either the right or the left — would dangerously erode the judiciary’s role as a check on the other branches of government.

"Especially in a highly polarized era like our own, it is precisely at such times that the ruling party is particularly likely to violate constitutional constraints on its power in order to score victories against the hated opposition," Ilya Somin, a law professor at George Mason University and scholar at the libertarian Cato Institute, wrote in Reason. 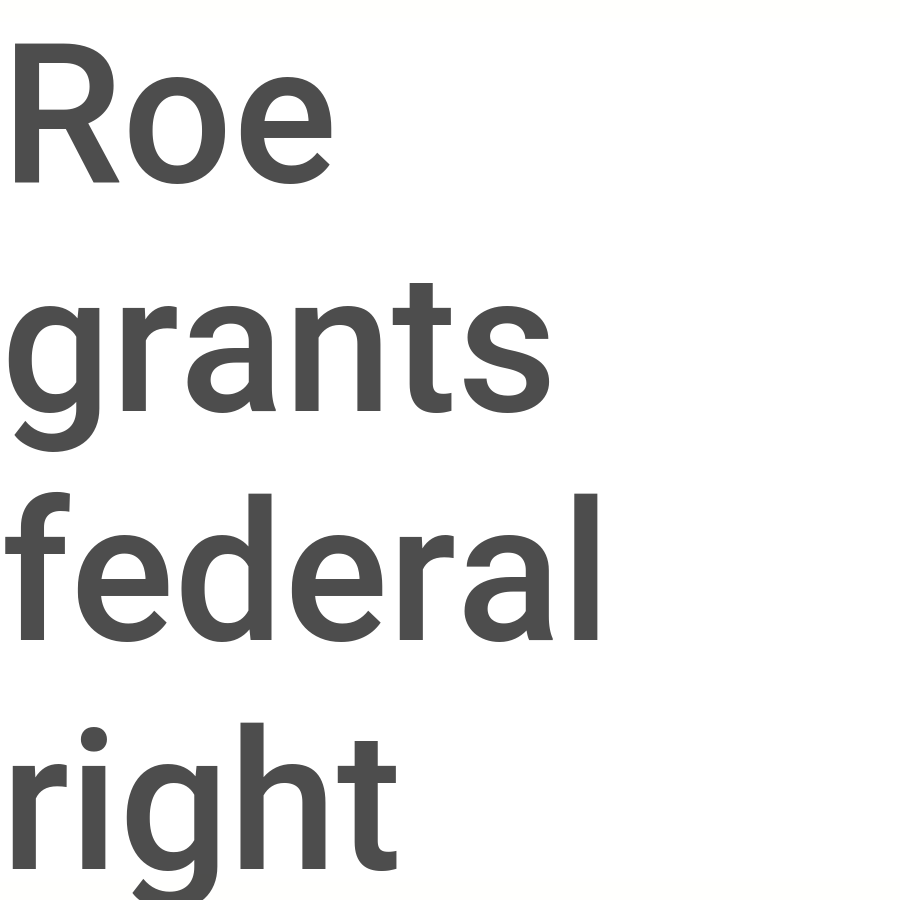 Email interview with Burdett A. Loomis, a political science professor at the University of Kansas, June 28, 2018

Congressional Leadership Fund
stated on August 8, 2018 an ad:
Says Amy McGrath "wants to fund more welfare for people who can work, but don’t."

Donald Trump
stated on August 22, 2018 a tweet:
Says the "South African Government is now seizing land from white farmers" and alleges a "large scale killing of farmers" in the country.

Bloggers
stated on August 22, 2018 a blog post:
"Omarosa Exposed: Turns out she was actually working for Hillary"

Bloggers
stated on August 5, 2018 a blog post:
"Cops take a knee then walk out on Redskins, leaving them stranded in their locker room overnight."

Bloggers
stated on August 9, 2018 a blog post:
"Science says that being single will kill you faster than obesity."

Rick Scott
stated on July 30, 2018 in a campaign ad:
Says Bill Nelson "doesn’t pay payroll taxes for his employees. He doesn’t even provide them with health benefits. It’s stealing money from Medicare and Social Security."

Gwen Graham
stated on August 3, 2018 in a livestreamed interview:
"The teachers in (charter) schools don't even have to be certified."

Bloggers
stated on July 19, 2018 a blog post:
"Satanic leader confesses to sacrificing 675 children 'gifted' to him by doctors."

Bloggers
stated on July 13, 2018 a blog post:
"An elderly British politician has been savagely beaten to a bloody pulp by a gang of anti-Trump protestors because he ‘welcomed’ the U.S. president to the United Kingdom."