Early in her run for president, California Sen. Kamala Harris has described a "cost-of-living crisis" in America where the price of everything from housing to health care to education is on the rise.

To tackle the problem, Harris has introduced the LIFT (Livable Incomes for Families Today) the Middle Class Act. It’s a nearly $3 trillion plan that would provide middle- and working-class families with a tax credit of up to $6,000 per year, available in either an annual lump sum or monthly payment.

Here’s what Harris has said about her plan on the campaign trail:

"We will deliver the largest working- and middle-class tax cut in a generation. Up to $500 a month to help America's families make ends meet," Harris said during her kick-off speech in Oakland in late January.

She made a similar claim a day later at an Iowa town hall on CNN, saying: "In fact, one of my proposals is that we address this inequity around what has been termed, what would be one of the most significant tax cuts for middle-class families in generations."

During a speech at Morehouse College in Atlanta last month, she added: "I am proposing what economists have described as what would be the most significant middle-class tax cut in generations."

Would Harris’ plan really be a landmark middle-class tax cut?

We considered testing this on our Truth-O-Meter, but we couldn’t find independent, clear-cut data that would compare and ultimately determine whether Harris’ proposal would have a larger, more significant impact on the middle class than plans from the past. We also noted that Harris’ use of "significant" is open to interpretation.

Still, we spoke with experts from three tax policy centers of various political perspectives to learn more about the plan. They each generally agreed that Harris’ proposal would be, at the very least, among the largest middle class tax cuts in recent decades.

They also noted the senator’s plan, considered a centerpiece of her presidential campaign, is still in its initial stages. It has yet to move forward in the U.S. Senate and face amendments as past tax plans experienced on their way to becoming law.

What would Harris’ plan do?

As many as 80 million Americans would qualify for the LIFT proposal, according to Harris’ office. It contrasts with the Republican-passed Tax Cuts and Jobs Act of 2017, as well as others from the past that cut taxes across all income groups. That’s because her plan targets only middle- and low-income earners.

"Our tax code should reflect our values instead of more tax breaks for the top 1 % and corporations, we should be lifting up millions of American families," Harris said in a news release introducing the plan last October.

The plan would not benefit Americans without incomes, in an effort to reward those who work.

Taxpayers would receive this benefit on top of existing credits, such as the federal Earned Income Tax Credit and the child tax credit. Harris’ plan is also different because it would allow taxpayers to divide the credit into monthly payments.

Tax groups estimate Harris’ plan would reduce federal revenue by roughly $2.7 trillion in its first decade. The senator has said she’d pay for it by repealing the 2017 Republican tax plan, which is valued at $1.5 trillion during its first 10 years.

Several other Democratic candidates for president have proposed large tax reductions, including Sens. Amy Klobuchar of Minnesota, Cory Booker of New Jersey, Elizabeth Warren of Massachusetts and Bernie Sanders of Vermont. No candidate, however, has pitched a plan as directly focused on the middle class.

A spokesman for Harris told us her claims about the size and significance of the plan come from economists who informally discussed it with her office. The spokesman declined to name them.

Tax experts told us there is no readily available and independent data that would definitively compare generations of tax plans and their impact on the middle class.

Even without all the data, Kyle Pomerleau, chief economist at the Tax Foundation, which is considered a right-leaning tax policy think tank, said Harris’ plan stacks up favorably.

He estimated that Harris’ plan would increase the after-tax income of middle-income earners by 5.6 percent in its first year, compared with the Tax Cuts and Jobs Act’s 1.6 percent boost.

"Overall, it’s a very large tax cut," Pomerleau said of Harris’ plan. "So, she is right when she says that it is significant. I think that it is is one of the biggest in terms of middle-class tax cuts."

‘A fair and accurate portrayal’

Meg Wiehe, deputy director of the Institute on Taxation and Economic Policy, considered a left-of-center think tank, said Harris’ descriptions are "a fair and an accurate portrayal."

Wiehe said it’s not just the size of Harris’ plan that makes it significant. It’s how it delivers the benefit.

"These refundable credits really are the most cost-effective, targeted way to deliver benefits to middle and to low-income workers," Wiehe said.

Marc Goldwein, senior policy director at The Committee for a Responsible Federal Budget, a bipartisan public policy group that examines fiscal issues, said he was less certain Harris’ plan was the largest in recent memory.

"It is certainly a very large middle-class tax cut. And if you think about the largest tax cuts targeted mainly at middle-class and below, I think it would probably qualify," Goldwein said. "I’m not sure that it’s actually larger than for example if you added together the Bush tax cuts [from 2001 and 2003]. It sort of depends on how you define the middle class."

Pomerleau, of the Tax Foundation, added that comparing Harris’ proposal is complicated by the fact that past plans, such as Reagan’s tax overhaul, were designed to not only cut taxes but also to change the structure of the tax code. Their goal wasn’t as straightforward as the senator’s.

Harris’ proposal will be subjected to amendments and could look much different if it ever becomes law, he said. Others vying for the White House have made even larger tax cut proposals, such as then-candidate Donald Trump’s $12 trillion tax cut over 10 years, which never moved forward. Middle-class taxpayers would have seen an even larger benefit under that plan, the economist said.

Unlike Harris’ targeted approach to the middle-class, one third of Trump’s early proposal would have gone to the the top one percent of taxpayers, according to an analysis Citizens for Tax Justice, a group that advocates for the voice of the working class.

After we spoke with the tax experts, Harris’ spokesman released data calculated by the senator’s office comparing the LIFT plan with past tax cuts. It showed that the senator’s plan would create a "total benefit" for the bottom 80 percent of taxpayers "as a share of GDP" of 1.31 percent, significantly higher than 10 other plans dating back to the mid-1970s. It would also provide $286 billion for that group of taxpayers, far more than the other plans.

Wiehe and Pomerleau reviewed Harris’ data. Wiehe said the methodology was sound and that it did not raise any major questions. Pomerleau, however, said some of it contradicts Harris’ claim because it shows the Obama-era stimulus package did more to raise middle-class living standards.

"Given that, perhaps the stimulus package provided a larger boost to the middle class than LIFT would," Pomerleau wrote in an email. "However, it is also worth noting that a major part of that tax cut [the payroll tax cut] was temporary. The LIFT credit, I assume, would be permanent."

For these reasons, we won’t rate Harris’ claim on our Truth-O-Meter. 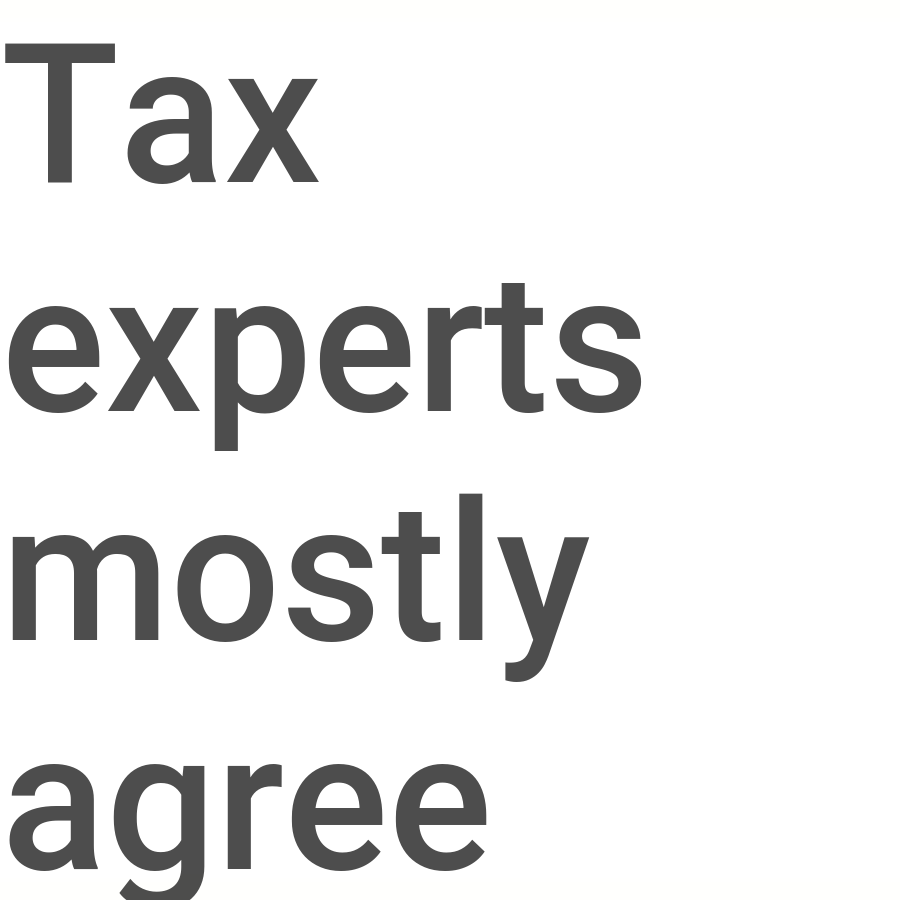