The State of PolitiFact in 2019: A report to our readers

PolitiFact started as a politics news website in 2007, but these days, it feels more like a mission.

Yes, we still do the political fact-checking for which we’re so well-known for. But we also fight misinformation, promote media literacy and work with researchers to better understand the news environment. As the end of 2019 approaches, I wanted to tell you in detail about what we’ve done this year, with your support, to further our shared goal of empowering democracy.

In an ordinary year, we would have spent a lot of our time fact-checking claims about immigration and President Donald Trump’s campaign promise to build the wall. For all Trump’s rhetoric, there’s been little progress in any physical sense. Fencing has been updated or erected at the U.S.-Mexico border — but it’s not a wall. Congress hasn’t appropriated money for a wall, and Mexico has said they won’t pay for it.

We’ve also been fact-checking the Democratic presidential primary, a huge field that includes former Vice President Joe Biden; socialist firebrand Bernie Sanders; and Elizabeth "I have a plan for that" Warren (to name only a few). We wrote capsule biographies of all the candidates (more than 20) and fact-checked every candidate that had declared by the first debate. This coverage doesn’t get as many page views as some of our other fact-checking. But fact-checking presidential candidates of both parties is the heart and soul of our work, and I’m very proud of this coverage.

I mentioned it hasn’t been a normal year. Most years, we don’t see Congress pursue an impeachment of the president. We started the year fact-checking claims and counterclaims about the Mueller report, which documented Russia’s 2016 election manipulation. (We hosted a book club to help readers engage for themselves with the report’s contents.) We’re ending the year doing extensive fact-checking of this fall’s impeachment hearings, which examined whether President Trump used foreign aid to pressure Ukraine for an investigation of his political opponent Biden ahead of the 2020 election.

Trump remains a unique figure in American politics and at PolitiFact. There’s no one we’ve fact-checked as many times who has been as consistently wrong. Out of 738 claims we’ve fact-checked as of this writing, more than 70% have been rated Mostly False, False or Pants on Fire. After four years of watching Trump campaign and govern, we see little to no increase in his use of true facts and evidence to support his arguments. 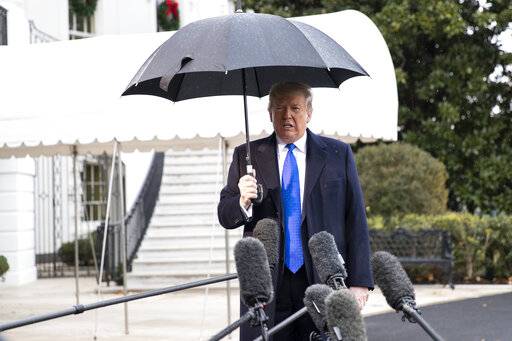 Withstanding attacks on the media

Attacks on the media certainly existed during the Obama administration, but they’ve grown exponentially during the Trump administration, often led by the president himself. We fact-checked his words dispassionately by deploying solid, fact-based evidence and analysis. Yet our work continues to anger Trump’s supporters when our findings correct false assertions. Democrats, too, will attack our work when we find fault with their side, accusing us of seeking false balance.

I want to assure you that we have zero interest in making either side look better or worse than it actually is. In fact, the specifics of our fact-checking reports have been scrutinized like never before. We hold ourselves accountable to practice the craft of journalism at the highest level, double-checking everything. It’s a human process, and sometimes we make mistakes. But we realize in this charged and partisan media environment, any mistakes, even minor ones, are often highlighted and trumpeted as evidence of media malfeasance. On many days, PolitiFact journalists are insulted online and via email, and in rare cases we receive threats.

Fortunately, a major asset at PolitiFact is our transparency. Our fact-checking methodology is spelled out in detail, so when people ask us how we do our work and make decisions, we have specific, time-tested answers. We are owned by the Poynter Institute for Media Studies, and this  nonprofit ownership model allows us to state forcefully and honestly that no special interests influence our findings. Our long-standing policies ensure that no donors, advertisers or grantmakers have say over content or ratings; our contracts and grant agreements have clauses ensuring our editorial independence.

Decisions on coverage, what facts to check, and Truth-O-Meter ratings are determined solely by PolitiFact’s independent journalists.

While politicians themselves can be sources of misinformation and conspiracy theories these days, they’re amplified by the worst trappings of social media and online messaging.

Clicks, shares and likes seem to rule the day online in a high-tech game of survival of the fittest. The internet is rife with false claims about vaccines, celebrities, politicians and election interference (or lack thereof). Many social platforms appear from the outside to be taking no meaningful steps to curb or discourage false information. In some cases, these platforms even refuse to enforce their own stated policies, or do so only after media scrutiny and public outcry.

The program is not a cure-all, but I strongly believe it is a significant step forward. We can tell from PolitiFact’s analytics that readers are searching for facts about suspicious messages and arriving at our site to read fact-checks flagged through the Facebook program. We use compensation from the Facebook partnership to support other parts of our work that are outside the program’s scope.

Facebook has received criticism for one of its notable exemptions to its program: Facebook does not suppress advertising or speech from political candidates, even if fact-checkers have rated it false.

It’s important to note that Facebook’s policy does not mean that PolitiFact takes a pass on these ads. On the contrary, we are more vigilant than ever to monitor online political advertising wherever it lives, including on Facebook. We publish fact-checks of the ads and speech on our own website, and we share our findings through our own PolitiFact social media channels. 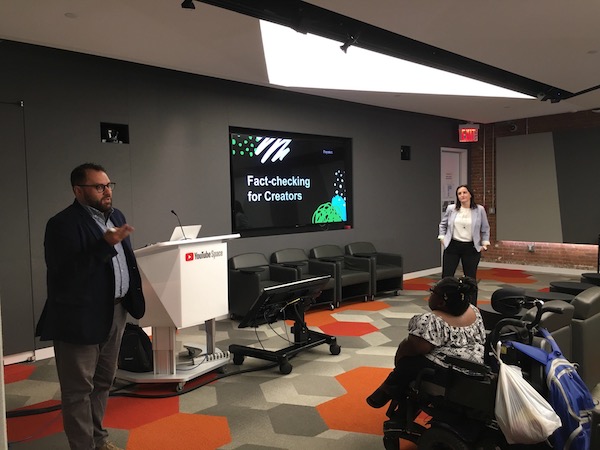 PolitiFact is now part of the Poynter Institute for Media Studies. Being part of Poynter has allowed PolitiFact journalists to contribute to new projects that encourage media literacy. Most notable among this work is MediaWise, a Poynter project that teaches teens to sort fact from fiction online. We’ve traveled the country presenting workshops on fact-finding and hoax-busting to students, and MediaWise journalists and teen fact-checkers have taken fact-checking into the world of online memes and pop culture.

I am extraordinarily hopeful that Poynter will not only continue this media literacy work, but will expand it to other audiences, especially older generations.

All the work I’ve described so far is vitally important, but it’s still not enough. We must have a greater understanding of the news ecosystem and how it contributes to an informed electorate. Individual fact-checking must be informed by a larger, more coherent understanding of how people seek out news and information.

For this reason, PolitiFact and Poynter have partnered with George Washington University this year as it launched the Institute for Data, Democracy, and Politics. The institute’s mission is to help the public, journalists, and policymakers understand digital media’s influence on national dialogue and opinion, and to develop sound solutions to disinformation.​

In the coming year, PolitiFact will be working with George Washington University researchers to study disinformation and to test strategies for interventions. How will this work in real life? We’ll find out by using evidence and testing. A hint of things to come can be seen in our recent report on how to best fact-check someone in person, with research insights from university professor Ethan Porter. 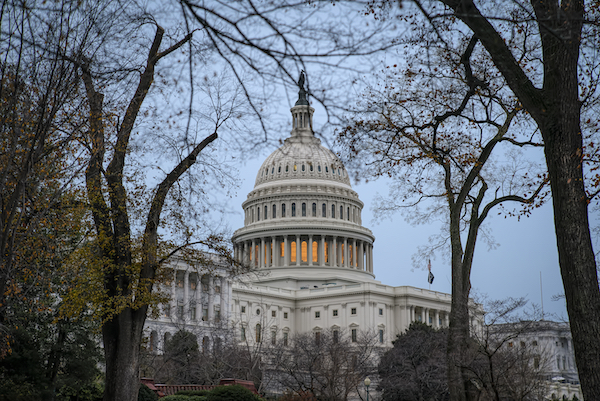 Looking ahead to 2020 and beyond

All of us can look out across the landscape of American news and politics and find many reasons to be disheartened. Yet I remain an optimist. Yes, disinformation is running rampant, but we also have powerful tools to report accurate facts and hold the powerful accountable.

PolitiFact’s core mission remains: to give people the information they need to govern themselves in a democracy. All the work I’ve outlined above contributes to this overarching goal.

PolitiFact and its methods are not only creating fact-checks for the daily news cycle, but we’re also doing something bigger: We’re keeping alive the values of evidence-based reporting and factual analysis at a time when fact-based discourse is under threat. That work has never been more vital.

The truth in and of itself is a precious thing to be valued and defended. With your support, we’ll continue our mission into the future.