Were migrant children who died very sick before taken into U.S. custody, as Trump claimed?

President Donald Trump defended the federal government’s actions at the U.S.-Mexico border by claiming two migrant children who died in federal custody were already sick before U.S. officials became responsible for them.

Two children from Guatemala, ages 7 and 8, died less than three weeks apart while in the custody of U.S. Customs and Border Protection. The immigration agency said the children were apprehended with their fathers for illegal entry into the United States.

In a pair of tweets sent Dec. 29, Trump claimed:

"Any deaths of children or others at the Border are strictly the fault of the Democrats and their pathetic immigration policies that allow people to make the long trek thinking they can enter our country illegally. They can’t. If we had a Wall, they wouldn’t even try! The two.....

...children in question were very sick before they were given over to Border Patrol. The father of the young girl said it was not their fault, he hadn’t given her water in days. Border Patrol needs the Wall and it will all end. They are working so hard & getting so little credit!"

The facts around the children’s deaths are still being investigated. But some information released so far contradicts Trump’s claim. While immigration officials said one father reported his child not having water for days, the child’s family disputes that narrative.

Given the uncertainty regarding all of the facts at the time, we are not rating this on the Truth-O-Meter. But here’s what’s been said so far by immigration officials and the family of one of the children.

What we know about Jakelin Caal Maquin

Jakelin Caal Maquin, a 7-year-old girl from Guatemala, died early Dec. 8 at a hospital in El Paso, Texas. She was apprehended on the evening of Dec. 6 with her father for illegal entry as part of a group of 163 immigrants, about half a mile west of a port of entry in New Mexico, according to Customs and Border Protection.

Caal Maquin was not reported as sick after an initial screening by a Border Patrol agent, and her father did not state that she was ill when they were apprehended, said a Dec. 14 statement posted on the immigration agency’s website.

It’s unknown whether Caal Maquin was already "very sick," as Trump said, and the agent conducting the initial screening missed any signs, or signs were not visible.

Here’s how the Department of Homeland Security in a Dec. 14 Facebook post described the events leading up to Caal Maquin’s death: "After completing a days-long, dangerous journey through remote and barren terrain, the child, who according to the father had not been able to consume water or food for days, began vomiting, went into sepsis shock and after receiving emergency treatment from U.S. Border Patrol Emergency Response Technicians (EMTs), air paramedics and emergency room personnel, died."

In a more detailed account, Customs and Border Protection said that Caal Maquin and the other migrants were apprehended near a port of entry in a remote area of New Mexico and were then transferred over to a larger Border Patrol station further north, in Lordsburg, N.M., about 90 minutes away.

A bus dispatched from Lordsburg went down to the area to pick up migrants. Since the bus could only take 50 people at a time, officials sent unaccompanied minors first.

Caal Maquin and her father were part of a second group that would be taken to Lordsburg. As that group was preparing to leave around 5 a.m. Dec. 7, Caal Maquin’s father reported that she "had become sick and was vomiting," immigration authorities wrote in the Facebook post.

Once the child arrived in Lordsburg, she was not breathing, and agents revived her twice. She was airlifted to a hospital in El Paso, Texas, and "the initial indication from the Providence Hospital is that she passed due to sepsis shock," the Facebook post said.

The timeline posted on Customs and Border Protection’s website adds that the child went into cardiac arrest at the hospital and was revived; that a CT scan revealed brain swelling; and that she was breathing by machine and diagnosed with liver failure.

Caal Maquin’s family has disputed some of the claims surrounding her death. Through a Dec. 15 statement, they said Caal Maquin had not been crossing the desert for days and that her father "made sure she was fed and had sufficient water." The statement added that the family "is seeking an objective and thorough investigation" into her death.

The Customs and Border Protection released its timeline and statement Dec. 14, a day after the Washington Post reported about Caal Maquin’s death. The agency said it did not issue a statement at the time of her death "out of respect to the family of the deceased." Still, it is now reviewing its public disclosure policy.

What we know about Felipe Gómez Alonzo

Felipe Gómez Alonzo, an 8-year-old boy from Guatemala, died several days after arriving at the southwest border with his father. There is no indication that Gómez Alonzo was "very sick," as Trump said, before being taken into custody, according to a timeline released by immigration authorities.

Border Patrol apprehended the 8-year-old boy and his father for illegal entry on Dec. 18, about 3 miles west of a port of entry in El Paso, Texas, the immigration agency said.

Since their arrival, Gómez Alonzo and his father were placed in various immigration facilities and numerous welfare checks were logged for the child.

It wasn’t until several days later in U.S. custody, on Dec. 24, that an agent "noticed that the child was coughing and appeared to have glossy eyes." The child and his father were transferred to a medical center, where hospital staff diagnosed the child with a common cold, the agency said. A later autopsy conducted by the New Mexico Office of the Medical Investigator indicated the child actually had the flu. The cause of death required further analysis, the office said.

After these high-profile deaths, Customs and Border Protection said it’s reviewing its policies "with particular focus" on the care and custody of children under 10 years old, both at intake and beyond 24 hours in custody.

While Trump claimed that the children were "very sick" before the United States had them in custody, official statements released so far by his administration don’t fully support his statement.

Based on what immigration officials have said, agents did not report illnesses for the children upon initial inspections. Whether the children already had health issues that were unnoticed or unreported is unclear. One of the children’s family disputes officials’ characterization that she did not have food and water for days.

Their deaths are under investigation. 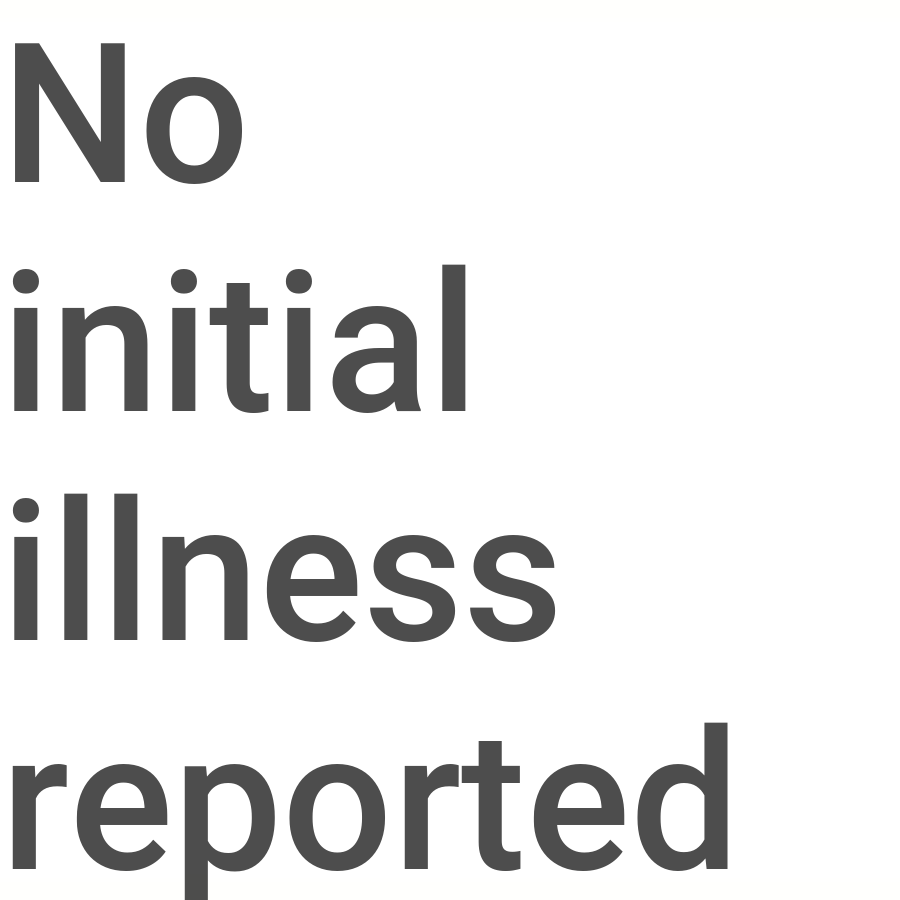 PolitiFact Rating:
No initial illness reported
Says the two migrant children who died "were very sick before they were given over to Border Patrol."
Donald Trump
President of the United States

CBP.gov, Statement by U.S. Customs and Border Protection on the Death of a Seven-Year-Old Female Child, Dec. 14, 2018