But it didn’t work out exactly as he envisioned. During Trump’s presidency, Congress has not passed any bill to revamp the U.S. immigration system. Working alone through executive actions, Trump advanced several of his immigration promises, but other attempts were slapped back by courts or rejected by Congress.

Trump viewed executive actions as his best chance to get what he wanted without having to negotiate with Congress or share the credit, said Theresa Cardinal Brown, director of immigration and cross-border policy at the Bipartisan Policy Center.

At times, Trump acknowledged that his directives would not end with the stroke of his pen. "I expect to be sued," Trump said in 2019, when he declared a national emergency to build a border wall with Mexico. His declaration came after he failed to get Congress to authorize billions of dollars for the construction.

"He stuck to his guns and said, ‘Well, I’ll do it myself’," Brown said of Trump’s overall approach.

PolitiFact examined Trump’s major immigration policies and consulted experts to gauge what impact his actions have had and are likely to have beyond his presidency.

Failed to defund ‘sanctuary cities’, did not triple deportation force, no border wall

Trump’s lack of success on crucial promises were not for a lack of trying.

Promise to cancel all funding of sanctuary cities? Broken.

Trump’s attempt was limited to Justice Department funds, and even those efforts were foiled by courts, which largely sided with cities, counties and states that sued the administration. The lawsuits argued that a Trump executive order and conditions for a Justice Department grant violated principles on separation of powers and a doctrine that says states can't be forced to carry out federal duties.

Trump wanted funds to increase the number of deportation agents, but he did not get much from Congress. His administration also faced challenges in recruiting and hiring. A U.S. Immigration and Customs Enforcement official in 2018 reported not having a sufficient pool of candidates to fill existing vacancies, much less the 10,000 positions Trump requested in an executive order.

Promise to build a border wall and make Mexico pay for it? Broken.

Mexico didn’t pay at all. Using U.S. taxpayers’ money, Trump has replaced about 200 miles of dilapidated barriers with upgraded fences. Before Trump was president, the nearly 2,000-mile southwest border had 654 miles of primary barriers. As of June, Trump had increased that by 3 miles, to 657. 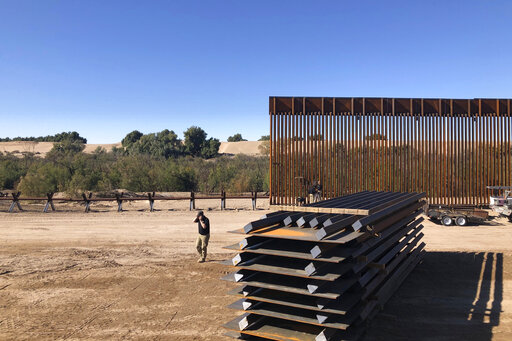 A "zero-tolerance" policy to deter illegal immigration became emblematic of the Trump administration. That policy called for the prosecution of all immigrants who illegally entered the United States and led to the separation of thousands of children from their parents. Some children were as young as 5 months old. After public backlash, Trump signed an executive order to instead detain families together, "where appropriate and consistent with law and available resources."

Public sentiment wasn’t with Trump when it came to these actions, Brown said. "His base was, but he did not have public support broadly," she said.

The courts didn’t support him either. A federal judge in June 2018 said that the administration failed to have a reunification plan in place or an effective system to keep track of children once they were separated from their parents. The judge ordered the administration to stop separating families and to find a way to reunite those who were separated.

Due to immigration officials’ poor record-keeping, it’s unclear exactly when Trump’s administration began separating families or how many were separated. A federal oversight office in January 2019 determined that the total number of children separated from their parents was unknown, but likely significantly more than 2,700. The administration separated some families for reasons that were inconsistent with the messages it was giving the public, and separations continued even after the judge said to stop, according to oversight reports published in March and May. 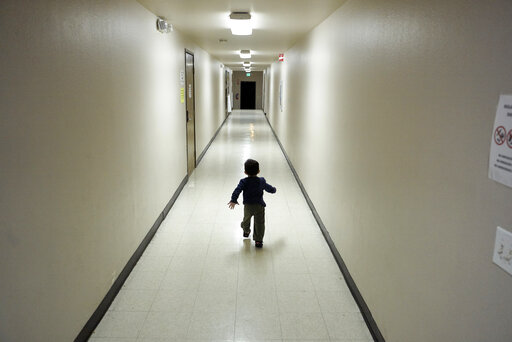 In this Dec. 11, 2018 photo, an asylum-seeking boy from Central America runs down a hallway after arriving from an immigration detention center to a shelter in San Diego. (AP/Gregory Bull)
Enacted restrictions at the southwest border for asylum seekers

Trump was able to limit overall immigration by restricting the number of people who could request asylum at the southwest border.

Under federal law, immigrants may be granted asylum if they have been persecuted or fear they will be persecuted on account of race, religion, nationality, membership in a particular social group or political opinion. They can request asylum even if they arrived without legal permission.

The Trump administration implemented policies that denied asylum to people who did not ask for asylum in another country first. It entered into agreements with some Central American countries — so that they’d take asylum seekers who would have otherwise applied for protection in the United States. And Trump launched the "Remain in Mexico" program, sending asylum seekers to Mexico to wait for a resolution of their case, instead of letting them into the United States.

Amid the coronavirus pandemic, the Trump administration has been quickly expelling immigrants who arrive at the border, invoking a section of federal law that allows it to deny entry to immigrants coming from a country with an outbreak of an infectious disease.

These asylum policies are among the measures a new administration could reverse.

"The larger challenge here is that the immigration system is in need of overdue legislative reform," McKanders said. The executive and legislative branches "need to operate in conjunction with each other, not insolation." 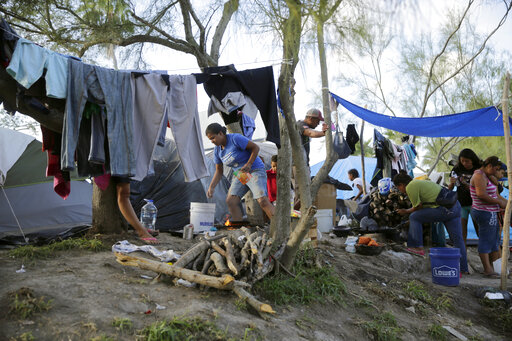 In this Nov. 5, 2019 photo, migrants live in a refugee camp in Matamoros, Mexico. Asylum-seekers waiting in Mexico for court hearings in the U.S. appeared before a judge to explain why, after months of effort, they couldn't find an attorney. (AP/Eric Gay)
Lowered refugee admissions

Trump let in fewer refugees each year of his term, and that is one of the most dramatic changes he’s made in legal immigration, experts said. This was an area where executive power allowed Trump to advance his goals.

Before leaving office, President Barack Obama said that the United States should let in as many as 110,000 refugees in fiscal year 2017. When Trump took over, he said that was too much and capped it at 50,000. He continued to lower the caps in subsequent years:

The president, in consultation with Congress, determines the highest number of refugees to be resettled in the United States over a fiscal year. While a new president can raise the admissions ceiling, many refugee resettlement agencies have closed or downsized programs and services due to the decreasing number of refugees arriving in recent years.

"President Trump has reshaped our conceptions of the border and refugees so dramatically that it will be challenging to shift back to a system of protection rather than exclusion," said Denise L. Gilman, who directs the Immigration Clinic at the University of Texas at Austin. 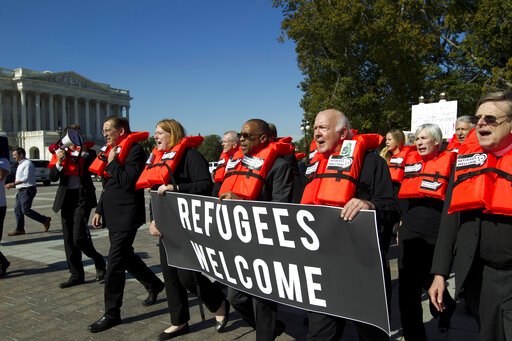 Trump routinely advocated for Congress to end the visa lottery program, falsely claiming that it was a route for the "the worst of the worst." He also wanted legislators to change the legal immigration system so that most people are admitted not based on their family ties, but based on their college degrees or high-paying job offers. Trump didn’t get his way.

The number of people granted lawful permanent residence (a green card) annually hasn’t changed significantly under Trump, according to the latest data released by the Department of Homeland Security. That number remains around 1 million.

Trump "used his immigration policy decisions to send some pretty clear signals, but this has not translated into a significant decrease in legal immigration (except for refugees) over the past three years," said Philip Kretsedemas, an associate professor of sociology at the University of Massachusetts Boston and an expert on immigration and refugee policy.

PolitiFact rated Trump’s promise to limit legal immigration as Kept, taking into consideration the dramatic declines in refugee admissions and other efforts, such as the controversial travel ban implemented during the earlier days of his administration and recent visa suspensions amid the coronavirus pandemic.

The majority of people deported by ICE were those arrested by Border Patrol agents and later transferred to ICE, meaning they were people trying to get into the United States and not typically people who have been here illegally for a long time.

ICE recorded about 749,500 removals in total from fiscal years 2017 to 2019, falling short of Trump’s promise to deport all immigrants illegally in the country. There are an estimated 10 million people living illegally in the United States. That includes about 650,000 immigrants who came to the United States as children and are protected from deportation under the Obama-era Deferred Action for Childhood Arrivals program. That program still exists, despite Trump’s promise to end it.

Overall, how successful has Trump been on immigration? The answer can depend on initial expectations and values, experts said.

The United States hadn’t recently seen the type of strict immigration enforcement that Trump ushered in, and it could have long-lasting implications, said Brown of the Bipartisan Policy Center.

On the other hand, Trump didn’t get any major changes on immigration enacted into law.

"The only stuff that relates to immigration at all that Trump ended up signing were funding bills, and they didn’t have everything he wanted," said Mark Krikorian, executive director of the Center for Immigration Studies, which favors low immigration.

Trump’s changes, he said, are executive actions "of one kind or another and can relatively easily be changed if the Democrats win in November."

RELATED STORY: The Trump-O-Meter: Where President Donald Trump’s campaign promises stand in the summer of 2020​

Email interview, Denise L. Gilman, clinical professor and director of the Immigration Clinic at the University of Texas at Austin, July 16, 2020

Email interview, Philip Kretsedemas, an associate professor of sociology at the University of Massachusetts Boston and an expert on immigration and refugee policy, July 14, 2020

PolitiFact, Republicans and Democrats claim to support Dreamers. So why can’t they pass a law?, June 25, 2020

PolitiFact, Rachel Maddow is right. There was no plan for reuniting families split at border, June 29, 2018

PolitiFact, Donald Trump leaves out the facts in claim about visa lottery, Jan. 30, 2018

U.S. Department of Homeland Security Office of Inspector General, CBP Separated More Asylum-Seeking Families at Ports of Entry Than Reported and for Reasons Other Than Those Outlined in Public Statements, May 29, 2020; DHS Training Needs for Hiring 15,000 Border Patrol Agents and Immigration Officers, Nov. 26, 2018; Special Report: Challenges Facing DHS in Its Attempt to Hire 15,000 Border Patrol Agents and Immigration Officers; July 27, 2017