How a House speaker could kick some lawmakers off committees

Rep. Kevin McCarthy, R-Calif., wants to be House speaker. If he gets the House’s top post — which is not a certainty given dissent within his caucus — he wants to remove some Democrats from high-profile committees.

In January 2022, McCarthy named three Democratic members he would unseat: Reps. Adam Schiff and Eric Swalwell of California, both of whom serve on the Intelligence Committee, and Rep. Ilhan Omar of Minnesota, who serves on the Foreign Affairs Committee.

McCarthy has pointed to Schiff’s references to the "Steele dossier" and its unverified allegations about former President Donald Trump and Russia; Swalwell’s connections to a Chinese spy, with whom he cut ties after federal investigators informed him of the espionage link; and Omar’s past statements that have been criticized as antisemitic.

Removing any or all of these Democratic lawmakers from committees would echo the Democratic-led votes in 2021 to unseat two Republicans who had shared inflammatory social media posts: Majorie Taylor Greene of Georgia and Paul Gosar of Arizona.

"The Democrats have created a new thing where they’re picking and choosing who could be on committee," McCarthy told Breitbart News in January 2022.

Another irritant for McCarthy was the decision by Speaker Nancy Pelosi, D-Calif., to reject some of his nominees to join the committee charged with probing the Jan. 6, 2021, Capitol attack. Pelosi rejected McCarthy’s decision to name GOP Reps. Jim Jordan of Ohio and Jim Banks of Indiana to the committee, saying their loyalty to Trump would weaken "the integrity of the investigation."

This was the first time in House history that a speaker vetoed a minority leader’s recommendations for members to serve on any such committee, said Donald Wolfensberger, a congressional scholar at the Woodrow Wilson International Center for Scholars and a former staff director of the House Rules Committee.

How plausible is it that McCarthy, if elected speaker, could torpedo would-be Democratic committee assignments, and how would he go about the task? We took a closer look. 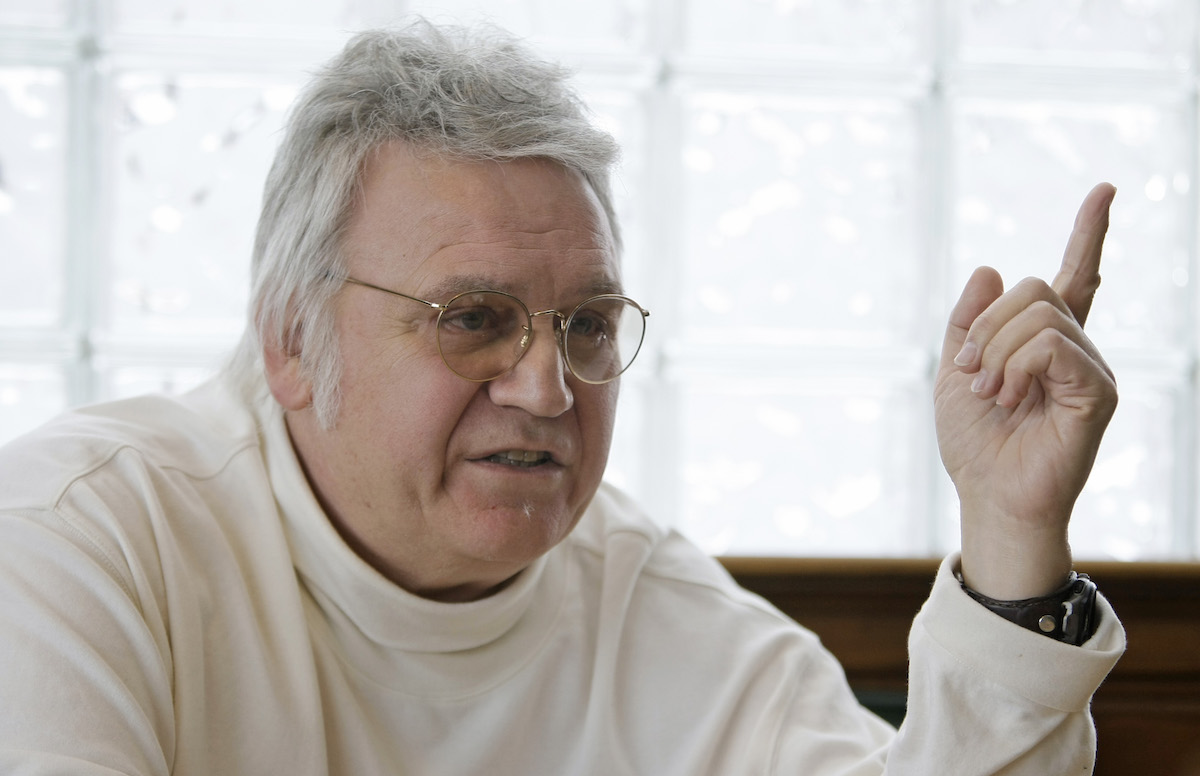 How common is it to kick a member off a committee?

Historically, ousting committee members has been rare, although the pace has accelerated in recent years. Between 1905 and 2001, no House member was kicked off a committee, according to The Associated Press.

The most common reason for a committee expulsion is a criminal allegation.

In 2001, Democrats pulled the committee assignments for one of their own, Ohio Rep. Jim Traficant. Officially, the transgression that led to Traficant’s expulsion from committees was crossing party lines to vote for a Republican speaker. However, Traficant’s vote for speaker followed a long series of legal troubles and controversial actions. Traficant was eventually convicted of 10 corruption-related charges; that precipitated his expulsion from the House.

Another lawmaker who faced corruption charges, Rep. William Jefferson, D-La., was kicked off the influential House Ways and Means Committee in 2006. He was later convicted on 11 corruption-related charges.

In 2018, Republicans removed Reps. Chris Collins, R-N.Y., and Duncan Hunter, R-Calif., from their committee positions after they were indicted. Both were convicted, and were later pardoned by then-President Donald Trump after they had left the House.

Sometimes, a party has pulled its own members from plum committee assignments while allowing them to remain on lower-profile committees. This occurred in 2012 with several Republican members who had shown what party leaders considered disloyalty, including Reps. David Schweikert of Arizona, Walter Jones of North Carolina, Justin Amash of Michigan and Tim Huelskamp of Kansas.

And in 2019, GOP leaders, including McCarthy, pulled Rep. Steve King, R-Iowa, from his committee assignments after he made racist comments.

The expulsions of Greene and Gosar in 2021 — which involved controversial statements but not criminal allegations — were handled differently. Critics pushed Republican leaders, including McCarthy, to punish the lawmakers, as they had done with King. But he refused, so Democrats turned to a different mechanism: Democrats brought resolutions to the floor that called for pulling the lawmakers from committee assignments.

As a result, Greene lost her slots on the Budget and Education and Labor committees.

In another vote, Gosar lost his positions on the Oversight and Reform and Natural Resources committees.

Why do committees matter?

Different lawmakers may have different priorities. Some want to create legislation; some focus more on constituent service; others see the House as a way to raise money and raise their profile.

Committees are most important for lawmakers who want to legislate.

"Committee members have more influence over policymaking within their jurisdictions than do other members, have more influence over hearings and investigations, and benefit from the attention and campaign contributions that come with their policy influence and visibility," said said Steven Smith, a political scientist at Washington University in St. Louis. "For a member of the House, who is normally struggling to get some visibility nationally and at home, committee membership is important, even in the heavily party-oriented policy making of today’s House." 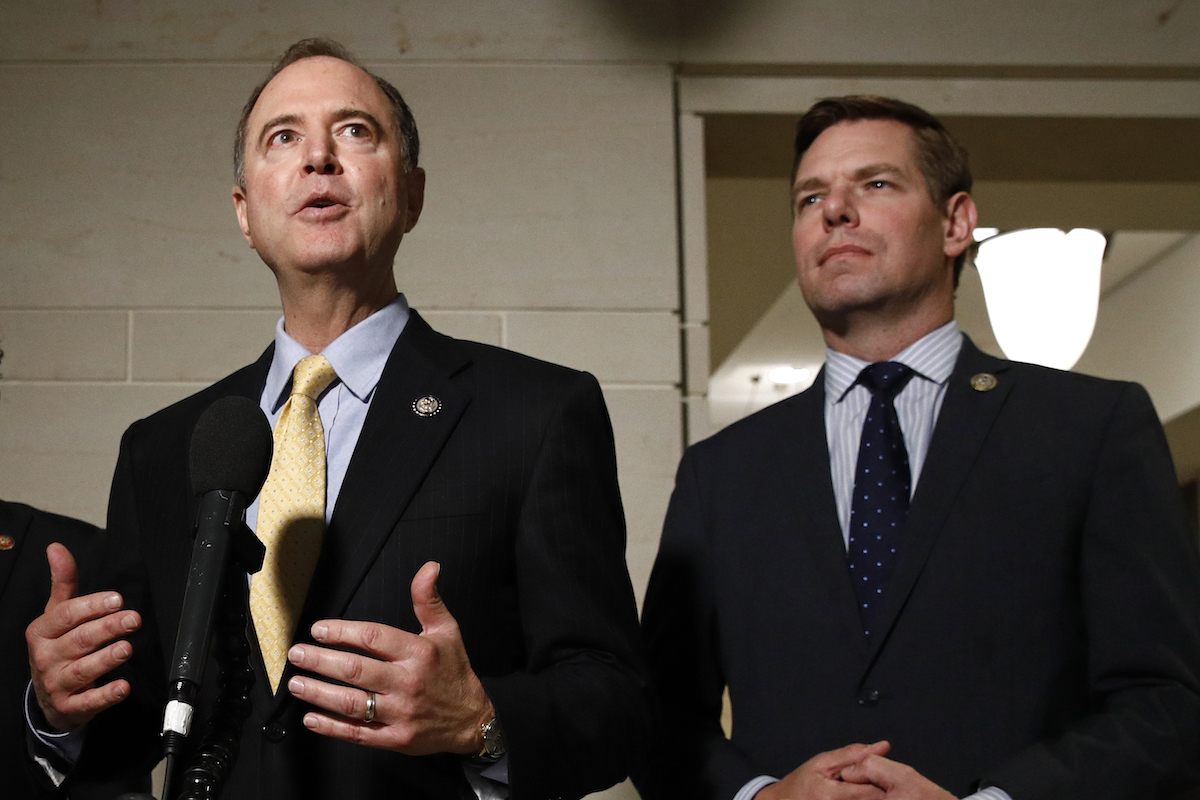 How could McCarthy remove Democrats from committee seats?

Democrats do have the option not to offer Schiff, Swalwell and Omar for the minority-party slots in those committees. But there’s little indication the Democrats plan to do that. So, the ball would be in the new speaker’s court.

By contrast, removing Omar from the Foreign Affairs Committee, which is a standing committee, would require additional steps. The House votes that removed Greene and Gosar show it’s still possible.

One option would be for McCarthy, if he is the speaker, to block a resolution that approves all committee memberships at the start of a new Congress. Each party submits its own resolution for its own members, and usually, these resolutions are pro forma and approved by voice vote, which is a process reserved for uncontroversial topics, Wolfensberger said.

But if Democrats nominate members McCarthy disapproves of, such as Omar, he could tell Democrats he’ll block their resolution until they remove the members from those committee assignments. Because Republicans will have the majority, they would have a good chance of winning this vote, seating Republican members but not Democrats.

Under an old House precedent that emerged under different circumstances, the House could organize its committees and proceed with business as long as committees had a majority quorum, even without any minority members.

The risk for the Republicans in this scenario is potentially creating a spectacle. They could appear to be freezing out the Democrats from participating in any committees, which could make them look petty to the public when they want to make a good impression with their new majority.

A somewhat less risky option for McCarthy would be to let the initial committee resolution pass, allowing Omar or others to be seated, then use the mechanism Pelosi used for Greene and Gosar — a vote by the full House to remove the targeted lawmakers from a committee.

The Republicans would likely win this vote, as the Democrats did with Greene and Gosar, but it’s not a certainty. The GOP majority going into the new Congress will be as narrow as the Democrats’ was for the past two years, and they would have to guard against too many Republicans defecting on the vote.

A downside of a tit-for-tat approach to committee seatings, Wolfensberger wrote recently, "is the reality that Coretta Scott King warmed of when she said, ‘Revenge and retaliation always perpetuate the cycle of anger, fear and violence.’ That cycle needs to be broken in the House, and soon."

Politico, "Nancy Mace said she won’t vote to remove Democrats from committees next year — a step Kevin McCarthy has vowed to take if he becomes speaker," Dec. 13, 2022

Washington Post, "Marjorie Taylor Greene would be in rare company if she is kicked off her committees," Feb. 3, 2021

Email interview with Donald Wolfensberger, congressional scholar at the Woodrow Wilson International Center for Scholars and a former staff director of the House Rules Committee, Dec. 15, 2022