Have you heard the news that the FBI is looking into new emails related to Hillary Clinton? If you haven’t, Donald Trump says it may be because social media companies are suppressing the news.

FBI Director James Comey sent a letter to Congress Oct. 28 that said the FBI may have found new emails relevant to its probe into the private email server that Clinton used while secretary of state. The FBI plans to review these new emails to see if they contain classified information.

There’s no evidence to support Trump’s claim that Twitter, Google and Facebook buried this story in the first couple days after it broke.

We reached out to the Trump campaign for its evidence and received no response.

Sure, the FBI story come out on a Friday, so it competed on social media with users’ upcoming Halloween plans, the World Series and other events. But the topic was certainly popular.

Twitter doesn’t have an algorithm to highlight or suppress stories, said Jen Golbeck, a University of Maryland professor and social networks expert. In their feeds, users see everything posted by the people they follow.

If Trump was referring to Twitter’s "moments" feature, the FBI story appears on an accessible archived screenshot of the "moments" homepage the evening before he tweeted his claim. 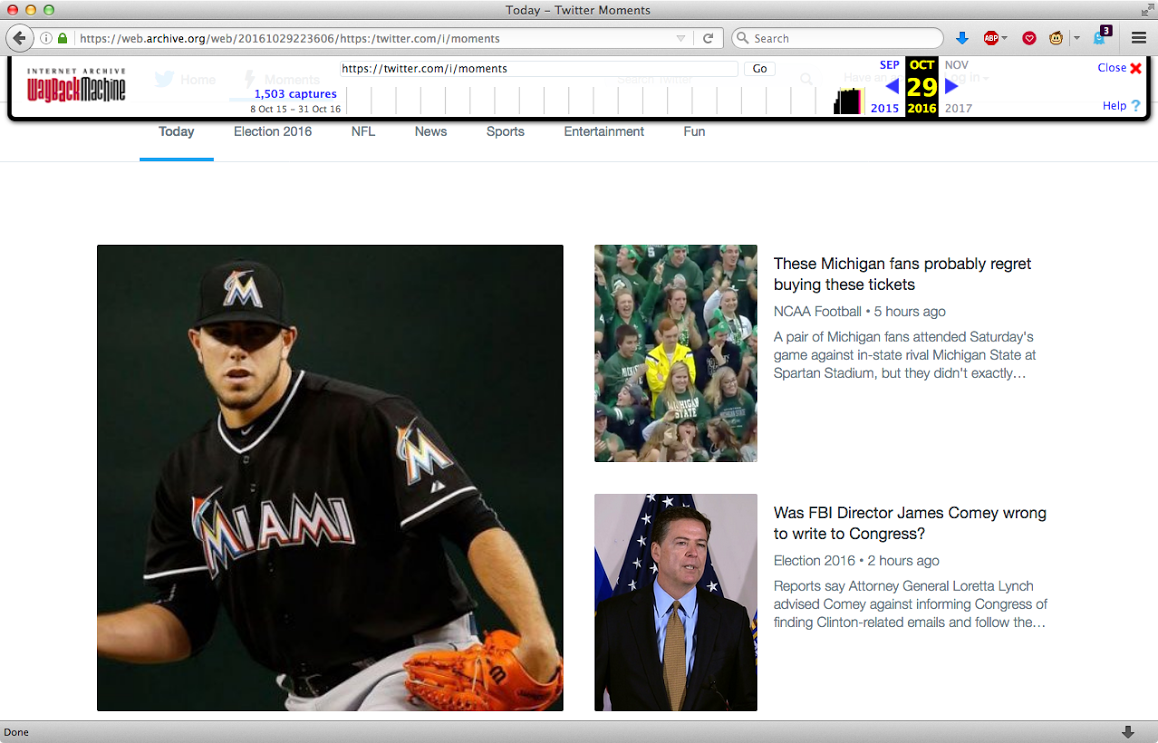 The website Mashable took a screenshot of Twitter’s featured tweets, which Twitter displays when a logged-out user visits Twitter.com, around the time Trump tweeted. One of the top three featured tweets was about the FBI story. 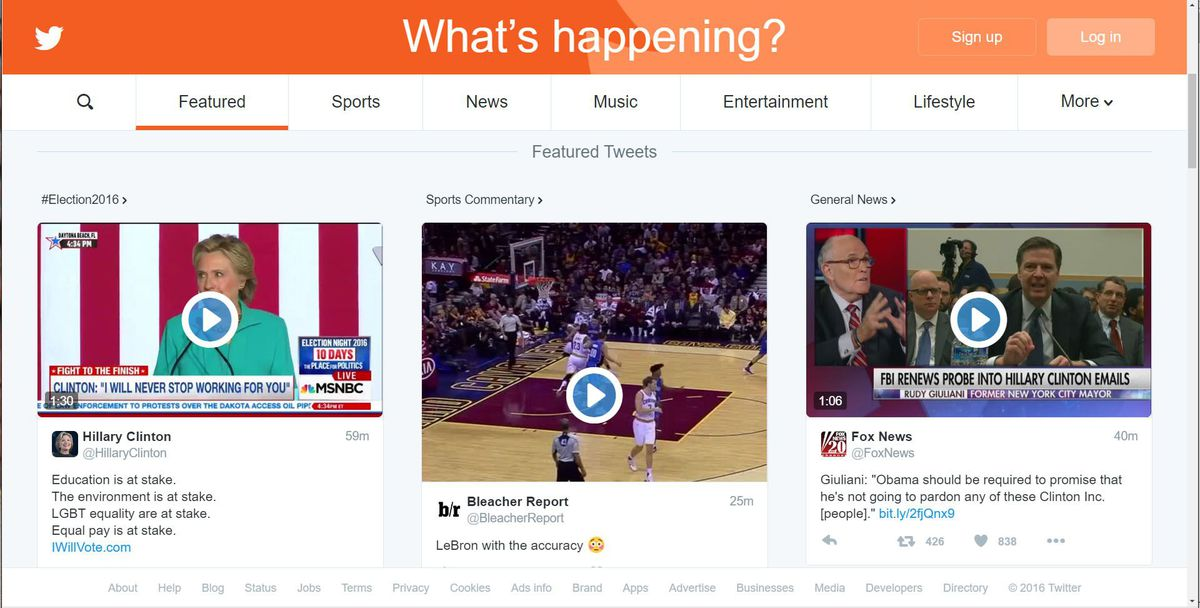 According to the Twitter trend-tracking website Hashtagify, #ClintonEmails, #Comey, and #FBI surged in popularity over the past week, especially since the story broke.

Google can intentionally suppress topics by tweaking its algorithm, but the company denies that it does this in relation to the election.

"It would have to be an intentional choice, and that's a big deal," Golbeck said.

In any case, it does not appear Google is doing that in this case. For example, over the weekend of Oct. 28-30, the FBI was the top trending Google search topic.

And CNN’s Brian Stelter took a screenshot of Google News in the minutes after Trump tweeted his claim, and the FBI story was at the top of the list. 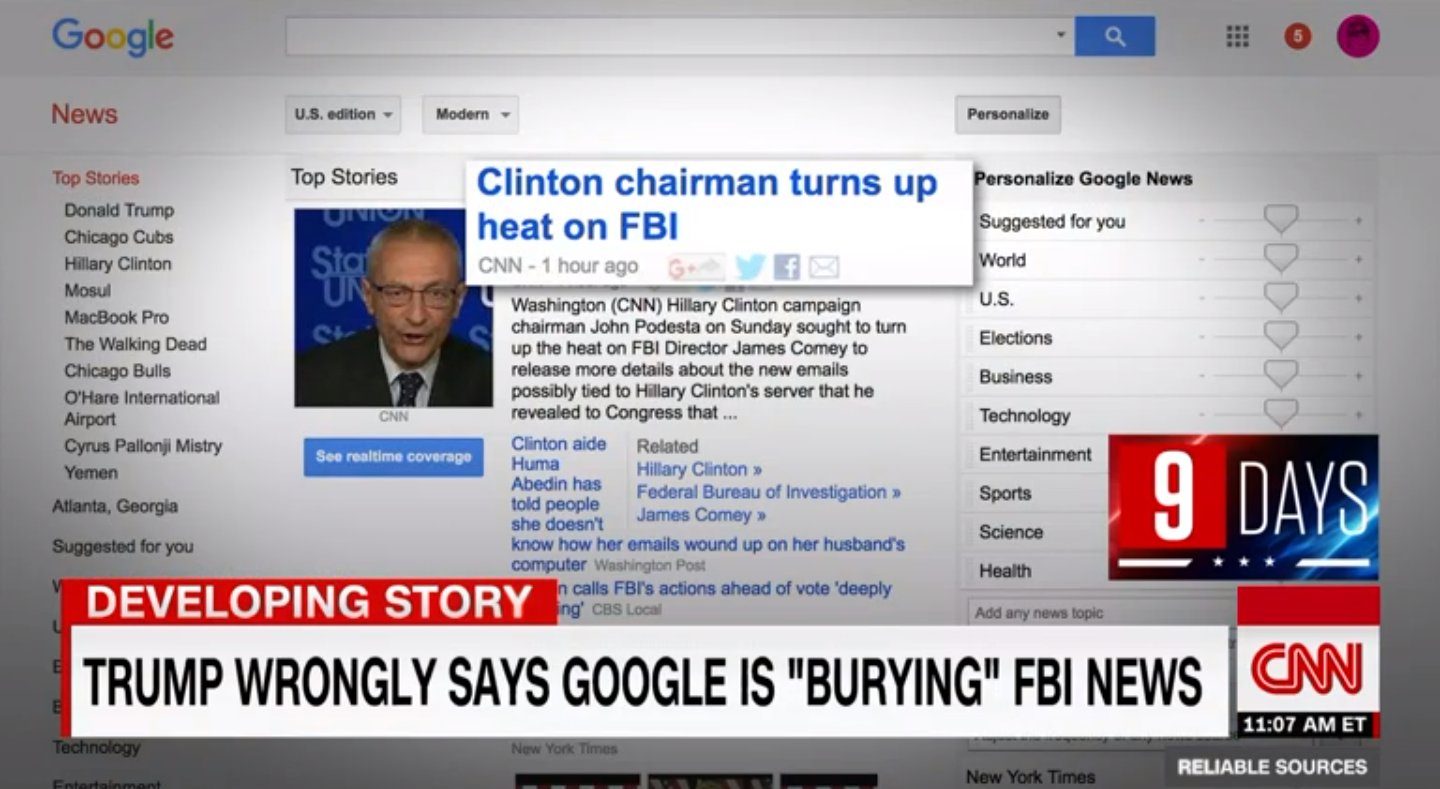 Facebook is a bit harder to pin down. It does have the ability to suppress or highlight stories by altering its algorithm, though no one has produced evidence that this is something Facebook did with the FBI story.

While these companies probably don’t suppress certain stories, it’s hard to disprove a claim like Trump’s beyond a shadow of a doubt because there are so many ways social media sites could manipulate content visibility, said Kjerstin Thorson, a communications professor at Michigan State University.

"Did it appear on people’s trending box space on Facebook? How long was it there? Was it trending only for some people and not for others? Was the story made visible in people’s Facebook news feeds or Twitter streams or in Google search results, via each platform’s display algorithm?" Thorson said.  "Outside of internal company data, there is no source I know of who could check that."

Trump has not produced any evidence whatsoever to back up his claim, nor has anyone else. We found nothing to support the idea that the three tech and social media companies reduced the visibility of the latest developments in the Clinton email controversy.

The burden is on Trump to produce information to support his statement. He’s offered none.