No on 60 campaign against condom requirement in adult films
stated on June 24, 2016 in in a campaign video advertisement:
California’s Prop 60, which would require condom use in adult films, would put "workers in the adult film industry at risk for lawsuits and harassment."

Opponents of California’s Proposition 60 — which requires adult film performers to wear condoms — say it’s not the protective measure it’s touted to be.

"This law pretends to protect workers in the adult film industry, but in fact it's putting them at risk for lawsuits and harassment," says a recent advertisement on YouTube by the No on 60 campaign.

The claim at the center of this fact check is at the :40 minute mark.

That ad was paid for by Californians Against Worker Harassment which was founded by the Free Speech Coalition, a trade association for the adult entertainment industry, to oppose Prop 60.

We decided to fact-check that provocative claim.

Here’s some background on Prop 60 before we jump into the claim about lawsuits.

California law has required condom use in adult films since 1992. Supporters of Prop 60 say the initiative would strengthen the existing law, which they say is rarely enforced.

The measure is sponsored by the AIDS Healthcare Foundation, which has long pushed for greater safety standards in adult films.

Prop 60 would also require adult film companies to obtain a health license and pay for the costs of vaccinations and health tests for sexually transmitted diseases for their performers.

We asked the No on 60 campaign for evidence backing up its claim that performers would be open to lawsuits under the measure. A spokesman pointed to the initiative’s section 6720.6, on enforcement, whistleblowers and private rights of action.

It allows those who witness violations of the proposed law -- including performers, prosecutors or anyone who is a California resident -- to file a complaint with the California Division of Occupational Safety and Health. If the agency declines to pursue the case within 21 days, the witness could then file a civil lawsuit against anyone with a financial interest in the film, which could include some performers.

There’s no mention in the No on 60 advertisement, however, that only performers with a financial interest would be liable. Nor does the ad mention the complaint process that must precede a lawsuit. 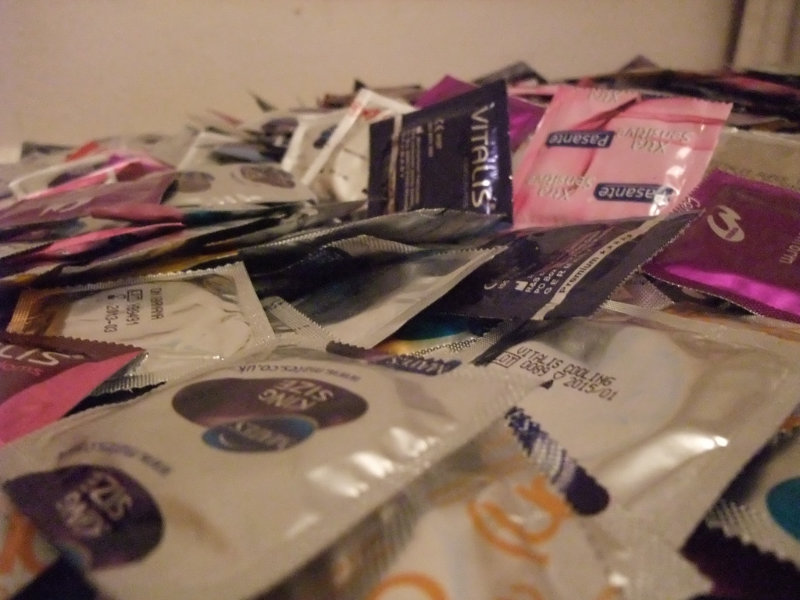 Still, opponents of the measure say making performers liable is significant because many have a financial stake in the content.

Prop 60 would apply to any commercial pornography produced in California, in traditional films and on the web.

Dr. Chauntelle Tibbals, a sociologist who studies the adult film industry, said the percentage of workers who have a financial stake in adult content they contribute to "is certainly very high," though she said there’s no accepted estimate. Advances in technology and distribution, she said, have allowed more workers to share in the financial success of their content.

"Everyone from webcam models to agents may have a financial stake in a single piece of content," Tibbals added.

Supporters of Prop 60, however, maintain the claim about workers being exposed to lawsuits is deceptive.

"The only people who can get sued (under Prop 60) are producers," said Rick Taylor, who manages the Yes on 60 campaign. "Some actors and actresses are producers. If they’re breaking the law, they’re going to potentially get sued."

Taylor said the measure’s goal is to bolster worker protections and public health, and that it doesn’t matter what percentage of performers have a financial stake in the films.

Opponents of California’s Prop 60, which would require condom use in adult films, recently claimed it would put "workers in the adult film industry at risk for lawsuits and harassment."

The statement is partially accurate: Some adult film workers, and perhaps a growing share, could face lawsuits if they have a financial interest in the content they work on. But Prop 60 does not specify what constitutes a financial interest. Ultimately, it may be up to the courts to decide.

Importantly, the claim by the opponents makes no mention that only workers with a monetary stake in the films would be liable and only after a complaint process plays out. Those who are independent contractors would face no legal action.

The statement leaves out this key context and gives the impression that any or all workers could face lawsuits.