Stop 57 campaign
stated on September 2, 2016 in a campaign press release.:
"Brock Turner’s early release will be a regular occurrence if Prop. 57 passes."

A judge sentenced the former Stanford University swimmer to just six months in jail even though Turner -- who had been convicted of sexually assaulting an unconscious woman -- faced a minimum two-year prison term, and prosecutors sought six years.

On Sept. 2, Turner was released after serving half his jail term, for good behavior. Early release is standard practice in California’s overflowing jails.

Turner has since moved back to Ohio and registered as a sex offender.

On the day Turner was released, opponents of a California ballot measure to reduce prison crowding seized on the notorious case to make a questionable claim.

"Brock Turner’s early release will be a regular occurrence if Prop. 57 passes," claims the headline of a news release on the Stop57.com campaign website.

Later in the press release, the campaign expanded on this claim saying Prop 57 "would make reduced sentences and early release for persons convicted of the same sex crimes committed by Turner a permanent part of California law."

We decided to fact check the bold claim in the headline, and to keep in mind the context included later in the press release.

Opponents of Prop 57 have used the notorious Brock Turner case to argue against the ballot measure, including in this video.

Proposition 57 would allow thousands of prison inmates categorized by the state as "nonviolent" to be eligible for early parole. It’s Gov. Jerry Brown’s latest attempt to reform the state prison system.

And it’s led to heated debate over which offenders would be eligible for early release if it passes.

But would the early release of sex offenders such as Turner really be "a regular occurrence" as the Stop 57 campaign claimed?

Technically, no. Prop 57 applies to prison inmates -- not to those sentenced to jail like Turner.

Still, we decided to examine the larger question raised by the claim of how prison inmates convicted of the same crimes as Turner would be affected. 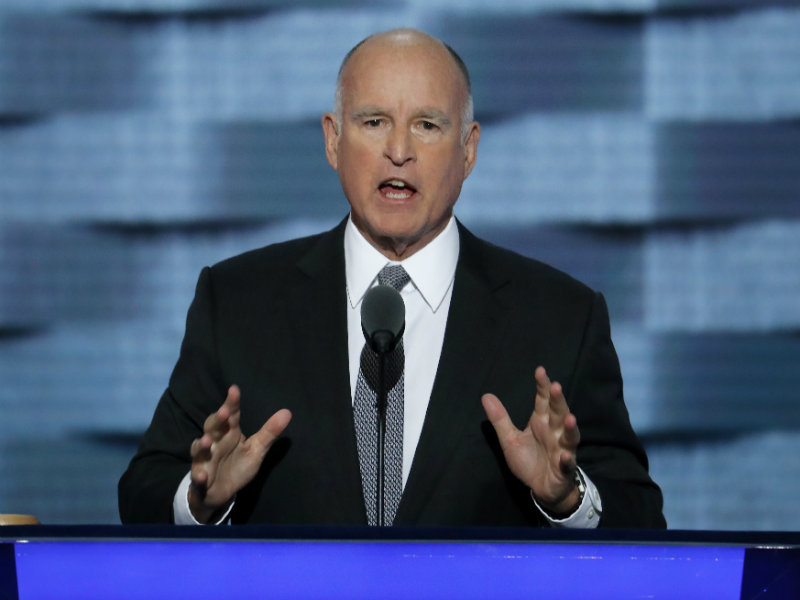 Those crimes are considered nonviolent because, according to California law, they do not involve force.

State law considers 23 crimes to be violent, obviously including murder and kidnapping. But in California, "nonviolent" is broadly defined.

It applies to certain rapes and sexual assaults, such as Turner's conviction, along with vehicular and involuntary manslaughter, assault with a deadly weapon, domestic violence, exploding a bomb with intent to injure and other crimes.

This remarkably broad definition for nonviolent crimes has made Prop 57 one of the most debated measures on November’s ballot.

Experts say there are valid questions about who would be eligible for parole. But Gabriel Chin, a criminal law professor at UC Davis, said the Stop 57 campaign stretched the truth by playing up the Turner case.

"It don’t think it’s accurate," Chin said of the claim. "I certainly don’t think it’s likely that people convicted of sex offenses are going to get early release under this ballot initiative."

Chin pointed to a 2014 federal court order that required the state to form guidelines to further ease California’s prison crowding.

Following that order, the California Department of Corrections and Rehabilitation created a process to allow some second-strike offenders to be considered for early parole. It excluded, however, those who must register as sex offenders.

"We see what the California Department of Corrections and Rehabilitation is doing: They’re treating sex crimes as violent crimes. And I have no reason to imagine they would change that policy if Prop 57 passes," Chin said.

She called the Stop 57 claim both "true and false." She also noted the state is doing its best to keep risky offenders from becoming eligible for parole.

We asked the Stop 57 campaign to explain its claim. It connected us with Merced County District Attorney Larry Morse, the campaign’s co-chairman. Morse said because there’s nothing specific in the ballot measure that deals with sex offenders, one must assume they will be eligible for parole.

The Yes on 57 campaign, meanwhile, pointed to the state’s current practice of excluding sex offenders from early release to say the claim at the center of this fact check was false.

If 57 passes, the state must create additional regulations to further the goals of the ballot measure. Those rules must be certified by the state corrections agency, which anticipates "that the regulations would … disqualify inmates who must register as sex offenders," an agency spokesman told PolitiFact California in an email.

The Stop 57 campaign added in another claim that, if Prop 57 passes, it will supersede existing state policies, and will force the state to make sex offenders eligible for early parole.

The Stop 57 campaign claimed "Brock Turner’s early release will be a regular occurrence if Prop. 57 passes."

Under its early release policy for second strike prisoners, however, the state corrections department excludes sex offenders from even being considered for early parole.

That policy is not a state law. But the state corrections agency says it expects to continue this practice.

The Stop 57 claim used the notorious Brock Turner case to argue that early parole "will be" a regular occurrence.

At best, there’s a remote chance the state will allow prisoners who committed the same crimes as Turner to someday be eligible for early parole.

But past practice says it won’t happen.

California Department of Corrections and Rehabilitation, Report To The Three-Judge Court On The Court-Ordered Parole Process For Non-Violent, Non-Sex Registrant, Second-Strike Offenders Who Have Served 50 % Of Their Sentence, Dec. 1, 2014