Newslo.com
stated on June 28, 2017 in an Internet post:
Says Paul Ryan said that 22 million Americans "choose to be poor, so it’s their own problem if they can’t afford to be healthy."

A story that claimed House Speaker Paul Ryan said millions of people have willingly elected to be impoverished is fake news.

A June 28, 2017, post on Politicot.com ran under the headline, "Paul Ryan: ‘22 million Americans choose to be poor, so it’s their own problem if they can’t afford to be healthy’." Facebook users flagged the post as part of the social media site’s efforts to fight fake news.

The post started out with real comments Speaker Ryan, R-Wis., made on Fox & Friends on June 27 while discussing the Congressional Budget Office report for the Senate’s health care bill.

"So it's not that people are getting pushed off a plan. It's that people will choose not to buy something they don't like or want." (We rated that Mostly False, because many of those people will not voluntarily lose coverage.)

Then the Politicot.com story said Ryan launched into a tirade to Fox’s Brian Kilmeade about how people should be able to provide for themselves and their families through hard work. That’s where the story turned to fiction.

"Being rich or poor is a matter of choice; that’s all there is to it," Ryan is quoted. "So, let me ask you this, Brian: if 22 million people consciously make the choice to not work hard day in and day out, why on earth should the rest of us be concerned with whether or not they’re going to be healthy? If they choose to be poor, then it’s their own problem if they can’t afford to be healthy."

Ryan didn’t say that last part, because this story was posted on a parody site that makes up all manner of bogus news stories. We reached out to Ryan’s office but a spokeswoman did not give any comment on the fake quotes.

Politicot.com is part of a network of sites related to Newslo.com, which refers to itself in a disclaimer as "the first hybrid News/Satire platform on the web." The Politicot.com site is registered to an administrator named Eli Sompo, who runs sites based in Israel and Greece.

Sompo has told us he did not write the stories on the websites for which he is responsible, but has several clients. He informed us months ago that he would block any future questions from PolitiFact about the sites.

What makes Newslo.com-related stories especially confusing is that they use a small piece of real news or quotes by real people and build fake stories around them. In most cases it is the first paragraph of the story, as happened here.

The websites feature a pair of buttons that allow readers to highlight the true parts of their stories, so readers can conceivably know the difference.

But it isn’t always obvious that’s the aim, leading the audience to believe the entire story is true — especially when other fake news sites steal the articles and post them without any warning at all.

Ryan did discuss how the Senate’s proposed legislation would affect poor people, but he never said 22 million people choose to be poor.

PolitiFact Rating:
Pants on Fire
Says Paul Ryan said that 22 million Americans "choose to be poor, so it’s their own problem if they can’t afford to be healthy."
Newslo.com
website 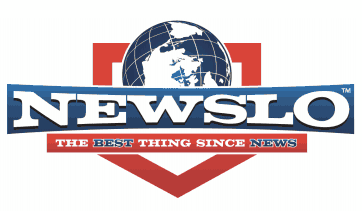 PolitiFact, "Paul Ryan wrong that most of the 22 million uninsured would be uninsured by choice," June 28th, 2017