Bloggers
stated on April 28, 2017 in Internet posts:
"Sarah Palin in a coma after hit and run."

A fake report spread on the eve of President Donald Trump’s 100th day in office said former Alaska Gov. Sarah Palin was in a coma after a car accident.

"Sarah Palin in a coma after hit and run," read the headline on an April 28, 2017, post. We first saw it on FreedomCrossroads.us, a website registered in Maine. But the post appeared on several other websites across the Internet without being attributed to an original source.

Facebook users reported the story as being potentially fabricated, as part of the site’s efforts to clear out fake news from user news feeds.

The fake story said that Palin had been driving on the Pacific Coast Highway (with no state given) that morning when she was run off the road by another, unspecified vehicle. The post said her SUV rolled several times and stopped in a drainage ditch. 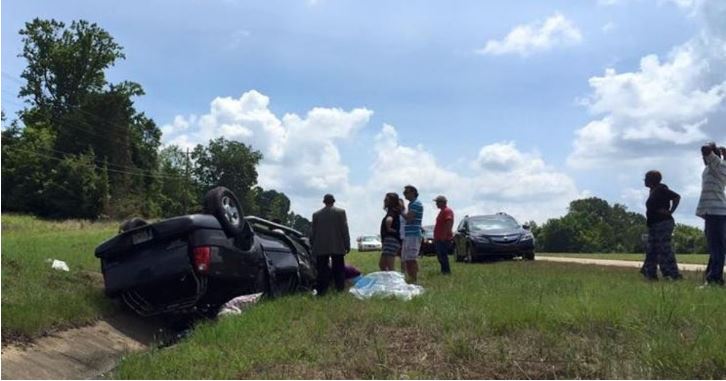 The image used to illustrate the rollover was actually of a fatal 2015 accident in Mississippi.

Palin was "currently in a coma with 2 broken vertebrae and a broken thigh," according to the post. Authorities were searching for the other vehicle, which was caught on camera, the article said. The FBI had reportedly been dispatched, too.

Palin had been tweeting right before noon and even later in the day, and posts kept appearing both on her Twitter and Facebook accounts through the weekend. We attempted to reach her office through her website, SarahPalin.com, and by email, but received no response.

There was no coverage by any legitimate media outlet of an accident involving Palin, which you’d figure would be spotlighted on cable news. The sensational nature of the story, misappropriated photo and lack of specifics made it obvious this was fake news.

But the Internet wasn’t done, because a follow-up post appeared on April 30. That story again was shared on multiple websites, including FreedomCrossroads.us. It said Palin had woken up and was able to identify who ran her off the road.

That story said the California Highway Patrol traced a license plate back to a car rented with a fake ID, with video from a security camera at rental company in Silicon Valley. The post described a white man in his 30s. 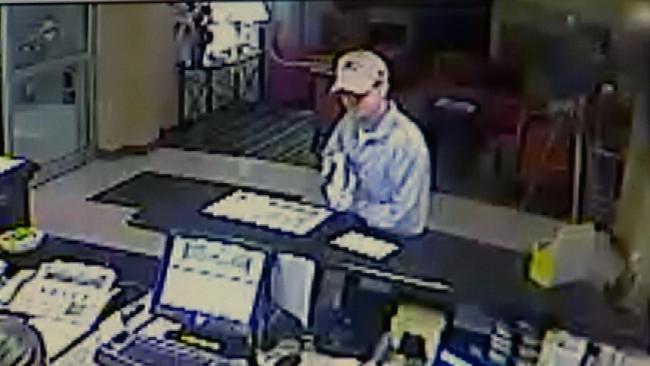 Several websites used the same image, but it was actually of a robbery suspect at an Oklahoma hotel in 2012.

But since the first story didn’t happen, the second one didn’t, either. The only wide coverage Palin had received as of late was a well-publicized visit to the White House on April 19.

There’s zero proof this happened, despite what fake news websites said. We rate this statement Pants On Fire!

FreedomCrossroads.us, "BREAKING NEWS: Sarah Palin In A Coma After Hit And Run," April 28, 2017

FreedomCrossroads.us, "UPDATE: Sarah Palin Out Of Her Coma, Able To Identify Her Attackers," April 30, 2017