TDAlliance.com
stated on May 12, 2017 in a headline:
"Jefferson Davis statue to be replaced with Obama likeness."

A fake article that said New Orleans was replacing a statue of Confederate President Jefferson Davis with one of former U.S. President Barack Obama came from a website pretending to be affiliated with Fox News Channel.

A website masquerading as a Fox News Channel page ran a fake news story saying officials in New Orleans are replacing a memorial to the leader of the Confederacy with a statue of former U.S. President Barack Obama.

"Jefferson Davis statue to be replaced with Obama likeness," read the headline on a May 12, 2017, post on TDAlliance.com. The site has a banner reading "Fox News: The FB Page," and several other posts resembling news stories.

This particular post was flagged by Facebook users as possibly being fake, part of the social media site’s efforts to battle fabricated stories in news feeds.

The story built on a real news story from NPR about the Big Easy replacing Confederate icons around the city. This particular account is from May 11, recounting how work crews had to remove the Davis statue in the middle of the night after "death threats against city officials and contractors."

The TDAlliance.com post used bits and pieces from that real story, then added fake news that an Obama statue will take Davis’ place.

"The Obama statue will be patterned after one erected in Kenya last year and will reportedly cost the Louisiana taxpayers an estimated $800,000 dollars," the story read. It also added that the Davis monument would be "melted down and cast into smaller statues of Black Lives Matter leaders."

Looking at the crude composite image plastered on the story, we saw a familiar sight: A real bronze statue of Obama installed in San Juan, Puerto Rico, back in 2012. When last we saw this statue, it was erroneously cited as being erected in the White House (read here for more about that contrived tale).

TDAlliance.com appears to alter existing news stories, or make subtle changes to comments from officials in myriad posts. The site’s registration does not denote the administrator. We attempted to reach the site through its Contact Us form, but did not receive a response.

The site’s About Us page reads, "Fox News The feedback Page is a Conservative Christian look at the Government, today’s news , and mostly a way for the page author to attract hot chicks." Its Facebook information page calls the site "the #1 name in newsfotainment."

Not only is the site’s story wrong about there being an Obama statue in the works in the Crescent City, but it steals details from a legitimate news story from a real media organization to make its ruse harder to discern, all while impersonating Fox News. 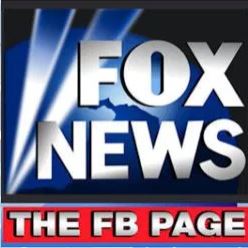 TDAlliance.com, "Jefferson Davis statue to be replaced with Obama likeness," May 12, 2017

NPR, "Workers Take Jefferson Davis Statue Off Its Pedestal In New Orleans," May 11, 2017