A Facebook image posted Aug. 31, 2017, showing Hurricane Irma on its way to the United States was flagged as false by the National Weather Service.

A map showing that government officials predict Hurricane Irma is on a path to hit Houston is fake news.

"Everyone needs to pay attention to Hurricane Irma," read a Facebook post on Aug. 31, 2017. (The post has since been deleted.) "She’s predicted to come through Mexico, hit us and everything in between up to Houston. She's already a Category 2 and hasn't even got into warm water yet."

The post uses the official logo of the National Oceanic and Atmospheric Administration and has a map showing a projected path of the storm. It had been shared more than 36,000 times on Sept. 1, 2017. 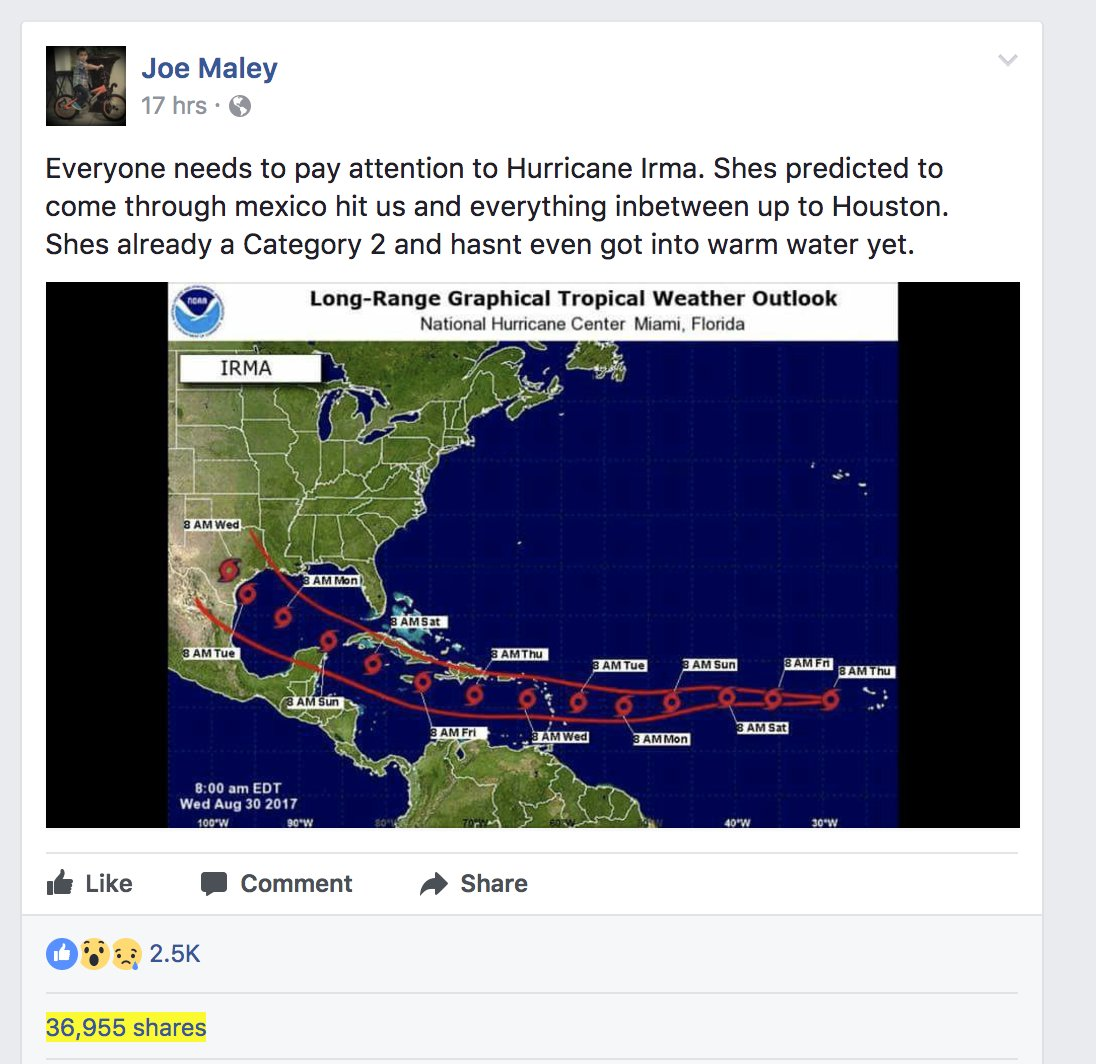 The National Weather Service took the rare step of debunking the forecast on Twitter on Sept. 1, 2017, flagging the post as fake.

"Keep your eyes out for fake forecasts. THIS is what an official NOAA advisory looks like. Note: forecast only goes out 5 days. #Irma," the National Weather Service tweeted.

Keep your eyes out for fake forecasts. THIS is what an official NOAA advisory looks like. Note: forecast only goes out 5 days. #Irma pic.twitter.com/9k87y7jkMz

As of this writing, the National Weather Service projects Irma’s probable path as moving in the direction of the Caribbean, but it’s still too early to tell where the storm will make landfall and whether it will impact the United States.

U.S. code subjects people who counterfeit weather forecasts or falsely represent government-issued forecasts to fines or imprisonment for under 90 days.

PolitiFact Rating:
Pants on Fire
Hurricane Irma is "predicted to come through Mexico, hit us and everything in between up to Houston."
Bloggers
Facebook user

Forbes, It's Too Soon To Know If Hurricane Irma Will Threaten The United States, Sept. 1, 2017