Mike Romano
stated on November 8, 2018 in an op-ed:
The poverty rate in West Virginia "was 19.1 percent, the fourth-highest in the country."

In a Nov. 8 op-ed in the Charleston Gazette-Mail, Democratic state Sen. Mike Romano expressed concern about the state of the West Virginia economy.

"Our poverty rate, which has not declined since the Great Recession, was 19.1 percent, the fourth-highest in the country, according to the U.S. Census Bureau," Romano wrote.

Are Romano’s statistics about West Virginia poverty accurate? We took a closer look.

We turned to official U.S. Census Bureau data for poverty by state and looked at 2017, the most recent year for which data was available. While there are two main Census Bureau sources for poverty statistics -- the Current Population Survey and the American Community Survey -- experts we consulted with agreed that the American Community Survey data was better for a statewide statistic because it has a much larger sample size.

Romano was correct that West Virginia had the fourth-highest poverty rate of any state in 2017, at 19.1 percent.

Here are the five states with the highest poverty rates that year:

Donald Trump
stated on September 29, 2018 in a rally in Wheeling, W.Va.
"The poverty rates for African Americans and Hispanic Americans -- it’s been incredible, they’ve all reached their lowest levels in the history of our country."

Romano said the poverty rate in West Virginia "was 19.1 percent, the fourth-highest in the country." He’s right on both counts, so we rate his statement True. 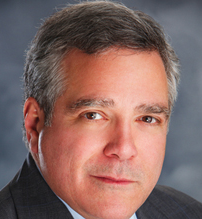 Email interview with Arloc Sherman, senior director and senior fellow at the Center on Budget and Policy Priorities, Dec. 7, 2018

Facebook posts
stated on March 5, 2019 posts on the Internet:
"Right here (in West Virginia), they are building new houses … so that 321 Syrian Muslims can move down into this neighborhood in two months. … (A funeral home) is to be torn down in two months, and a mosque is going to built there."

Mike Romano
stated on November 8, 2018 an op-ed:
The poverty rate in West Virginia "was 19.1 percent, the fourth-highest in the country."