Rachel Siegel
stated on April 8, 2019 in an email to supporters:
"The F-35 bombers, scheduled to arrive in Burlington this fall, have been designated with a nuclear mission."

Plans to base a squadron of the U.S. military’s next generation of fighter jets in Burlington has met stiff resistance among some voters, who last year approved resolutions in three cities to cancel the basing. But the F-35s are still scheduled to arrive starting in September.

One of the organizations leading the resistance, the Peace and Justice Center, has turned its focus in recent months to the possibility the jets in Burlington could be equipped with nuclear bombs.

"The F-35 bombers, scheduled to arrive in Burlington this fall, have been designated with a nuclear mission," she wrote. "This is new information and makes Vermont a target for all other nuclear equipped countries."

When we looked into this issue in June 2018, no F-35 squadrons had been given a nuclear mission, and information about whether such a mission might one day be assigned to Burlington was iffy. But didn’t seem like a decision that was going to be made within a matter of months. Did something change?

We asked Siegel what she was referring to.

"I misspoke/got it wrong," she replied. "The F-35 Weapon System does have a nuclear mission; but the individual aircraft have yet to be upgraded to have a nuclear capability." The upgrade would require software upgrades and retrofitting.

The Vermont National Guard said last year that the military does not, as a matter of policy, discuss where nuclear weapons are located. Capt. Mikel Arcovitch, the Guard’s spokesperson, said Tuesday that the mission of the F-35s was subject to change over time depending on what is required.

"The jets arriving to Burlington will not be nuclear capable," he added. "There are no plans to add the hardware to make the 158th Fighter Wing F-35s nuclear capable."

So there are no plans, but the Guard says that plans can change. We reached out to Retired Col. Rosanne Greco, who has been at the fore of the fight against F-35s in Vermont and spent part of her career advising on nuclear targeting. 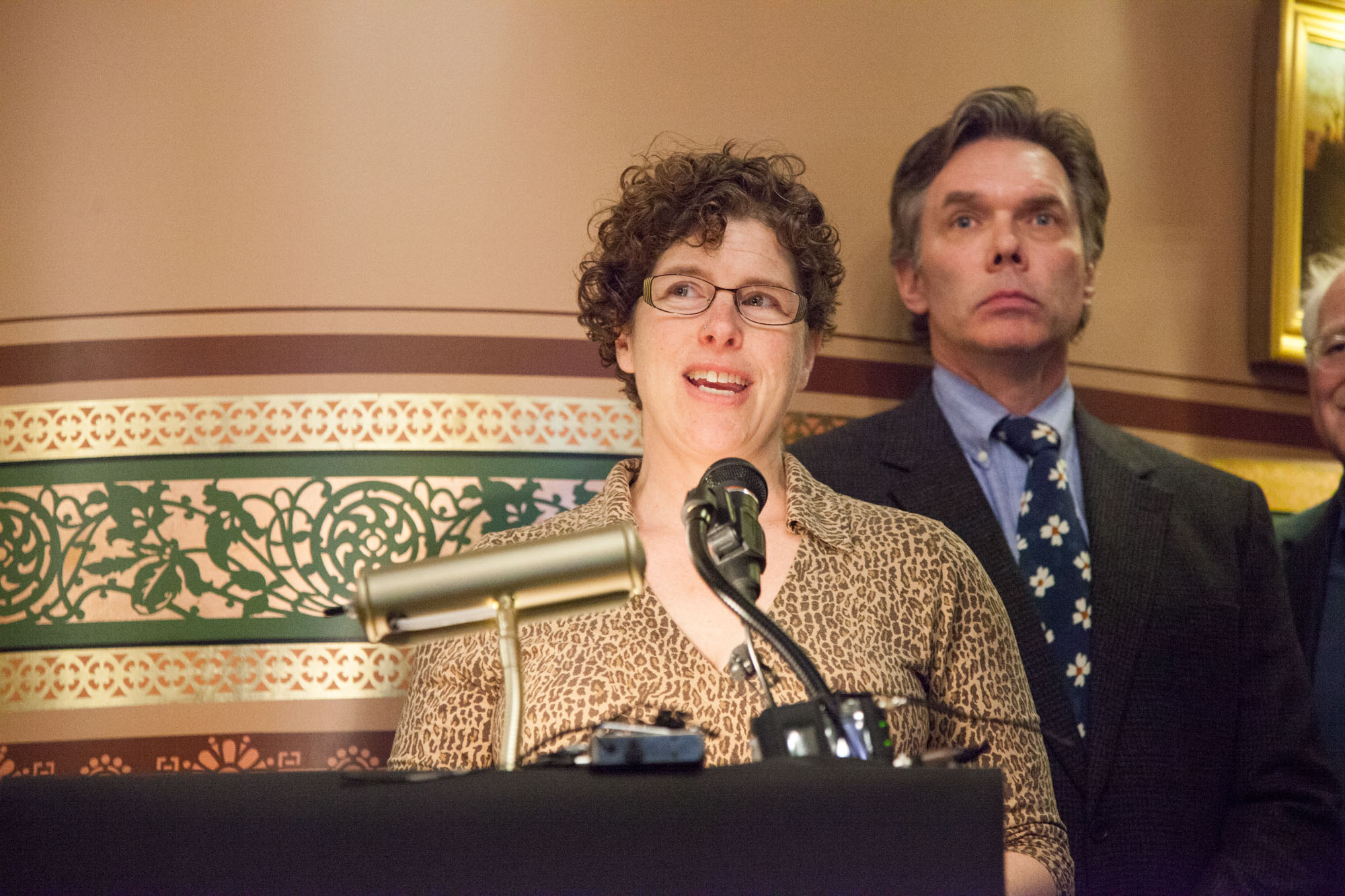 She conceded that Siegel’s message could be easily misread, but was accurate if you disassemble the parts. F-35 bombers are coming to Burlington (true). And F-35s have a nuclear mission (true).

Greco cited the U.S. Department of Defence’s 2018 Nuclear Posture Review, which makes numerous references to the F-35 being part of the country’s nuclear deterrence strategy.

"Modernizing our dual-capable fighter bombers with next-generation F-35 fighter aircraft will maintain the strength of NATO’s deterrence posture and maintain our ability to forward deploy nuclear weapons, should the security situation demand it," then Defense Secretary Jim Mattis wrote in a preface to the report.

"The United States is incorporating nuclear capability onto the forward-deployable, nuclear capable F-35 as a replacement for the current aging DCA (dual capable aircraft)," the report says.

The UPI news website reported in November that Lockheed Martin won a $83.1 million award from the Air Force to develop and test equipment for F-35A nuclear capability.

Greco does not contend that the bombers heading to Burlington will be nuclear capable when they arrive. But a fleet of F-35s heading to European allies will be. An arms expert told VTDigger last year that an "exhaustive review process" would be conducted before the Department of Defense made an F-35 squadron nuclear capable.

"The ones coming here won’t have the capability now," said Greco, "but most people know the way the military works are pretty certain at some point they will be upgraded to have a nuclear capability, and when they are we won’t know."

Even if the F-35s based in Burlington were nuclear equipped, it doesn’t mean the bombs would be located in Vermont -- there could be a pick-up point elsewhere. And even if the bombs are stored in Vermont, that information is highly classified.

"Whether F-35s will be assigned a nuclear mission is probably something no one will ever know," Greco said.

Siegel formulated her statement in a way that is confusing at best, but certainly misleading. It leads readers to believe that the bombers coming to Vermont will be equipped to carry nuclear bombs. That is false.

However, it’s true that the Department of Defense intends to use F-35s to deliver its nuclear arsenal if needed. And there’s good reason to believe that the bombers in Burlington could someday be given a nuclear mission.

We rate this claim mostly false.