President Donald Trump loves to trumpet the sizes of the crowds at his rallies (and his inauguration, incorrectly). He also likes to belittle those of his political rivals.

On Feb. 11, Trump went to the border city of El Paso, Texas, to tout his get-tough policies on immigration. On the same night, Beto O’Rourke, a possible 2020 Democratic presidential candidate who previously represented El Paso in the U.S. House, spoke to a crowd elsewhere in El Paso.

During his speech, Trump mocked the turnout of O’Rourke’s event.

Trump described O’Rourke as "a young man who's got very little going for himself, except he's got a great first name." Trump added, "He challenged us. So we had, let's say 35,000 people tonight and he has 200 people, 300 people. Not too good."

We may never know the exact number of attendees -- we sought an official estimate from the El Paso Police Department and the city government of El Paso, but none was provided by publication time. Media reports suggested the number was in the thousands. For instance, the Texas Tribune reporters in El Paso wrote that "about 7,000 people went to see O'Rourke speak at the park, according to an aide, who cited law enforcement." (The White House did not respond to a request for information.)

Still, after reviewing photographic and video footage of the event, we conclude that the number was definitely higher than the 200 to 300 Trump said.

Consider video footage distributed by O’Rourke on Twitter. Here’s a freeze-frame showing the middle of the crowd from the perspective of the podium: 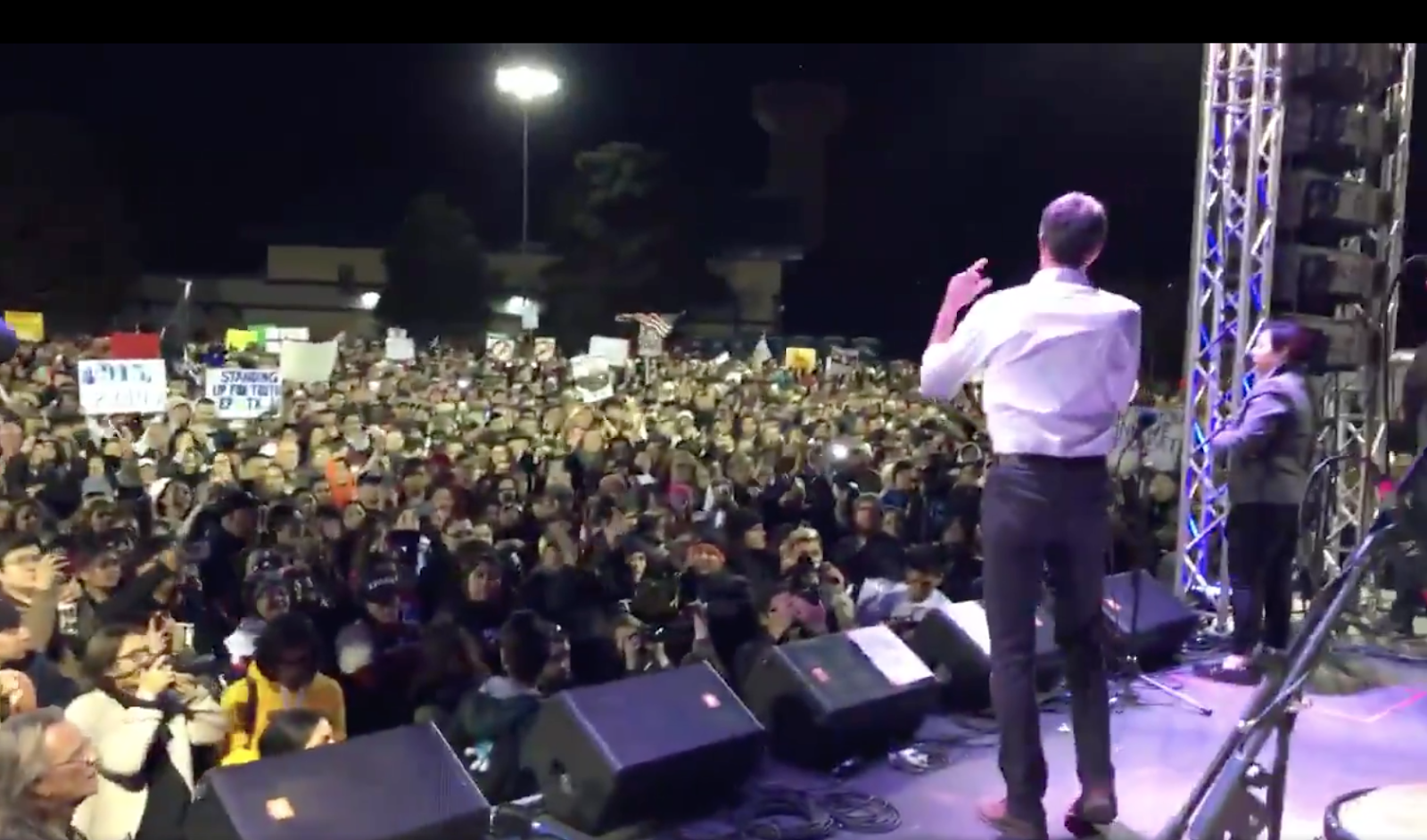 Panning to the left, we see that the crowd continues (we’ve cropped it to avoid duplication): 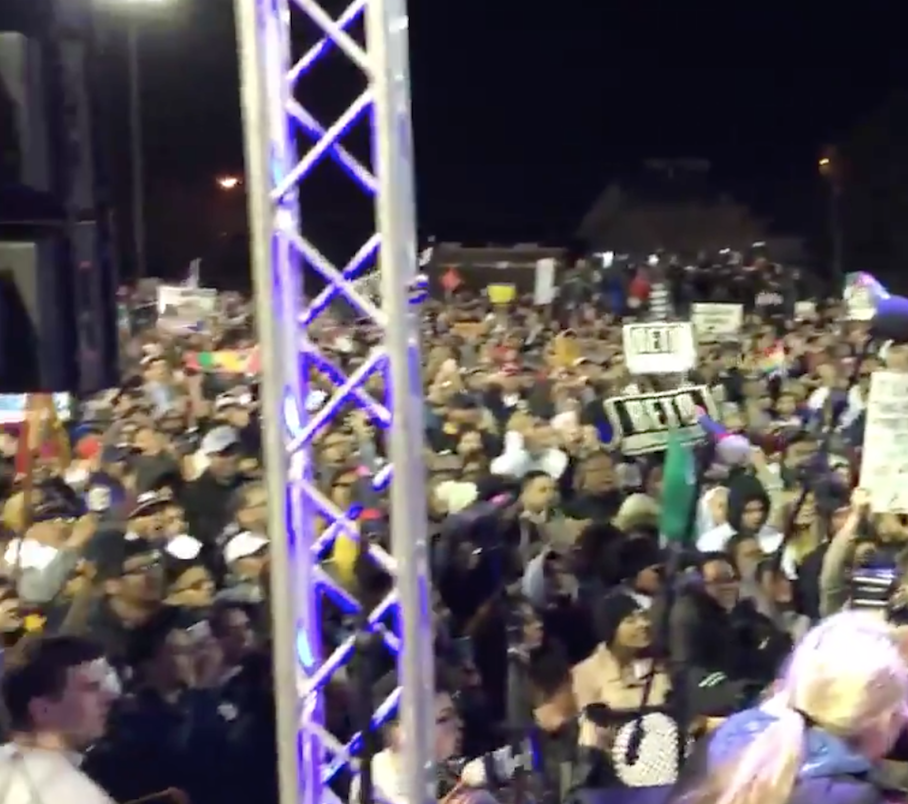 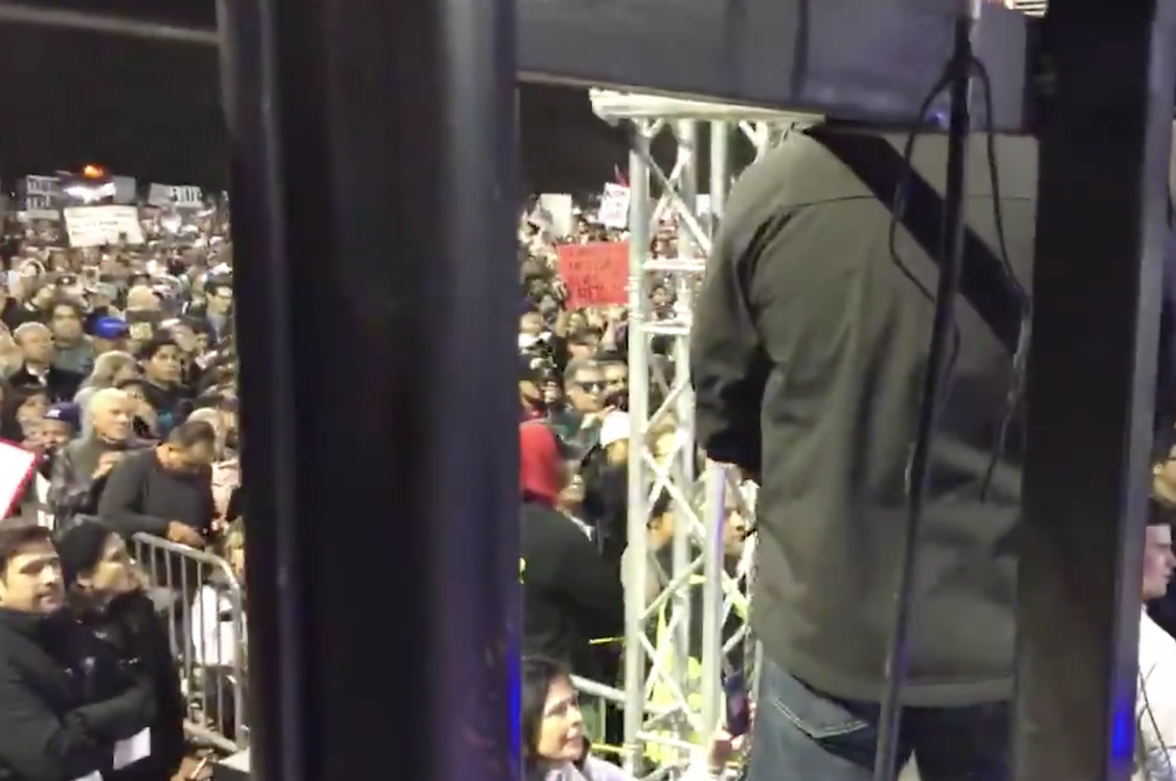 Meanwhile, a livestream video published by the El Paso Times has a different, and more narrow, perspective -- facing the stage. But even this view suggests a crowd of more than just 200 or 300 people. As for the question of whether 35,000 people attended Trump’s rally, news reports suggest that law enforcement officials disagree with his estimate.

An El Paso Fire Department spokesman told the El Paso Times that the venue where Trump was speaking holds 6,500 people for that type of event, and it was filled to capacity. A few thousand more might have been standing outside, fire public information officer Enrique D. Aguilar told the newspaper, though there was no official count made of the outside crowd.

This would mean that the total crowd size "might be 10,000 with the people outside," Aguilar told the paper. Other reported estimates were a few thousand higher. Either way, those estimates were well below Trump’s total. (We will update this article if an official government estimate is released.)

Our review of the available visual evidence suggests that the number is clearly several times that. Media reports suggest the number may have been much larger still, in the thousands.