Kamala Harris
stated on June 27, 2019 in her exchange on busing during the Democratic presidential debate:
Says "I was part of the second class to integrate Berkeley, California, public schools."

But her critique of the former vice president also placed a spotlight on her claim that she was "part of the second class to integrate her public schools" through a busing program in Berkeley.

Some on social media have questioned her claim’s accuracy.

Harris, 54, repeated her statement twice during her exchange with Biden, right after pointing out that he opposed busing.

"There was a little girl in California who was part of the second class to integrate her public schools, and she was bused to school every day. And that little girl was me."

"I was part of the second class to integrate Berkeley, California, public schools almost two decades after Brown v. Board of Education."

Given the attention on this topic, we wanted to know whether Harris’ "second class to integrate" claim was biographical fact or fiction.

She grew up in a black middle-class neighborhood in west Berkeley.

Harris was three years old when Berkeley Unified’s school board voted in January 1968 to desegregate the district’s elementary schools, starting that fall, through a unique two-way busing program. 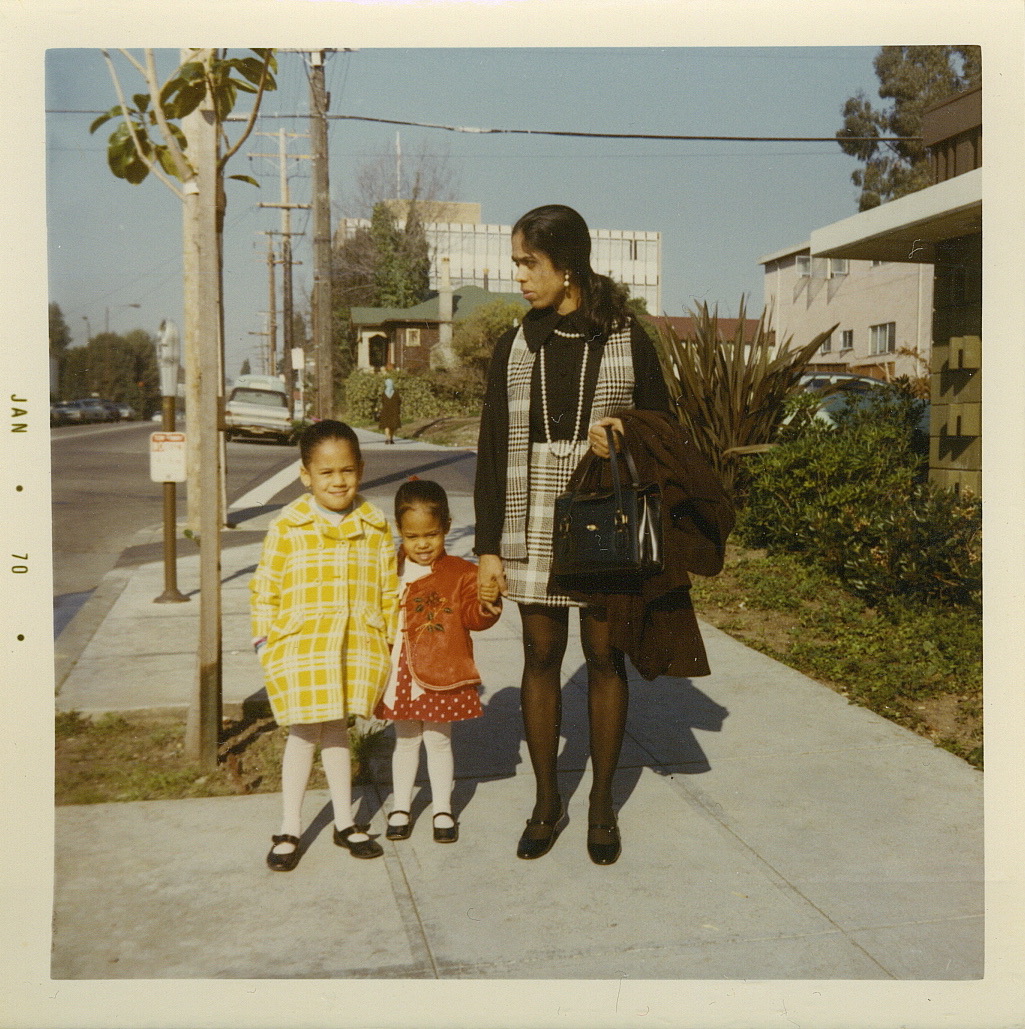 Kamala Harris (left) in 1970 with her sister, Maya Harris, and mother, Shyamala Gopalan. Kamala Harris was part of one of the first classes to integrate Berkeley, Calif., elementary schools through a pioneering busing program that started in 1968. (Courtesy of Kamala Harris)

"She would be part of that second class that integrated our schools through our two-way busing program," Beery added. "It began in 1968. And she joined a group that had started kindergarten the following year in 1969 and so her description is correct."

A spokesman for the senator’s campaign told us Harris joined the second class to integrate in first grade in 1970. She had attended a private school for kindergarten the year before. Altogether, that’s about 16 years after the Brown v. Board decision, which loosely fits with Harris’ statement of "almost two decades after Brown v. Board of Education."

Viral image
stated on October 29, 2022 in an Instagram post
The Pelosis “are refusing to turn over surveillance video of their home.”

After the debate, Berkeley Unified published a statement on its website explaining the history of its integration program and Harris’ experience.

‘The two girls took the bus up the hill’

"The two girls took the bus up the hill from the middle-class Berkeley flats where they lived to Thousand Oaks, a school in the white, more affluent Berkeley hills," the article said. "Ms. Porter recalled that the ride took about 40 minutes. Ms. Harris attended a Montessori school for kindergarten and joined Ms. Porter at Thousand Oaks in first grade." 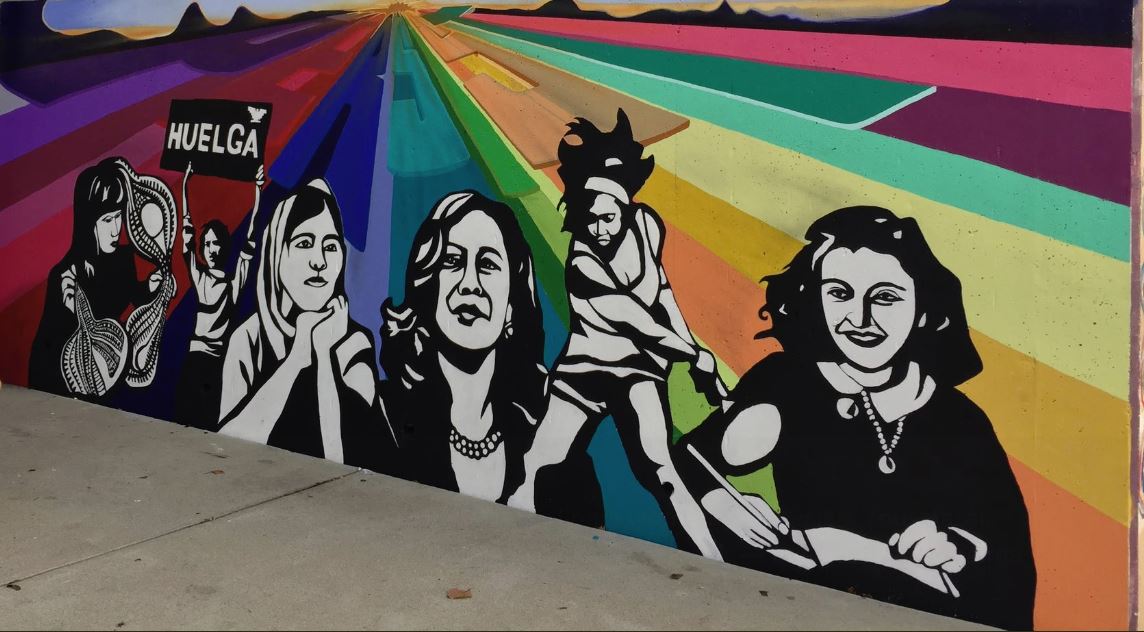 But school district officials, and a city historian, say that allegation ignores a key fact: "Berkeley has only one high school, so it was always integrated or at least desegregated," said Charles Wollenberg, author of "Berkeley: A City in History."

Integration at the city’s junior high schools started in 1964, Wollenberg said. It took place without busing, "as ‘Busing’ was still an unwelcome word in Berkeley," at the time, according to a report the school district published last year marking the 50th anniversary of the busing system.

"The bottom line," Wollenberg added, "is that she was telling a simplified but basically accurate version of the truth."

We asked for Harris’ position on using busing to integrate schools today. Her spokesman said: "Senator Harris supports federal measures to increase school diversity, including resources for busing," such as the Strength in Diversity Act proposed by Sen. Chris Murphy, D-CT, and Rep. Marcia Fudge, D-OH.

It would authorize $120 million in grants for "voluntary community-driven strategies to increase diversity in schools," including expanding busing.

Sen. Kamala Harris claimed she was "part of the second class to integrate her public schools" and was bused to school in Berkeley, Calif.

We found Harris was bused to school, and joined the second class of a pioneering elementary school integration program in Berkeley. She was a first grader when she joined in 1970.

Her statement could have used the clarification that the city’s junior high schools had already integrated several years earlier in 1964, though not through a busing program.

It’s also noteworthy that Berkeley’s high school was integrated years before Harris started school, but, again, not because of busing. Instead, the high school was racially diverse because it was the only comprehensive public high school in the city, drawing students from all backgrounds.

Even with these clarifications, Harris’ statement is generally correct, given the context of her exchange with Biden on busing. It was supported by her school district, a city historian and recent news articles.

American Immigration Council, The Lasting Impact of Mendez v. Westminster in the Struggle for Desegregation, March 25, 2010

The Phi Delta Kappan, A Landmark in School Racial Integration: Berkeley, California, May 1969

PolitiFact, Who is Kamala Harris? A bio of the presidential candidate, June 14, 2019

Snopes, Did Kamala Harris ‘Lie’ About Being in the Second Integrated Class in Berkeley?, June 28, 2019

The New York Times, Kamala Harris and Classmates Were Bused Across Berkeley. The Experience Changed Them., June 30, 2019