President Donald Trump hasn’t made a concession speech or explained what he will do during Joe Biden’s inauguration, but a Facebook post announcing that Trump will hold his own inauguration at his private club Mar-a-Lago is a fake.

The Facebook post, which contains a Trump-Pence campaign logo, shows an announcement purportedly signed by Bill Stepien, Trump’s campaign manager. The Dec. 16 post says that Trump is the winner of the 2020 election and that he and his administration "look forward to the January 20th Inauguration of their continuation of power and Second Term! This celebration of our president will take place at the President’s residence at Mar-A-Lago, or the winter White House."

The post also states that "any attempt to remove the Trump administration will require force."

The Facebook post is fake, a Trump campaign spokesman confirmed. We looked at the events tab on the Trump campaign website, and it makes no mention of a Jan. 20 event — the only events are appearances by Vice President Mike Pence in Georgia. Stepien’s Twitter account showed his last tweet was Nov. 5.

Trump never officially conceded the election, but told reporters on Thanksgiving  that he would leave the White House if the Electoral College chose Biden, even as he pressed his baseless claims of election fraud.

"Certainly I will, and you know that," he said. "But I think that there will be a lot of things happening between now and the 20th of January, a lot of things. Massive fraud has been found."

Massive fraud has not been found, according to officials in Trump’s own administration, and the Electoral College did vote for Biden. Judges nationwide have tossed out dozens of Trump lawsuits  challenging the results of the Nov. 3 election.

It’s unclear whether Trump will attend Biden’s inauguration. News reports based on anonymous sources said Trump is considering holding a campaign event for himself Jan. 20.

White House spokesperson Judd Deere told PolitiFact: "Anonymous sources who claim to know what the President is or is not considering have no idea. When President Trump has an announcement about his plans for Jan. 20, he will let you know." 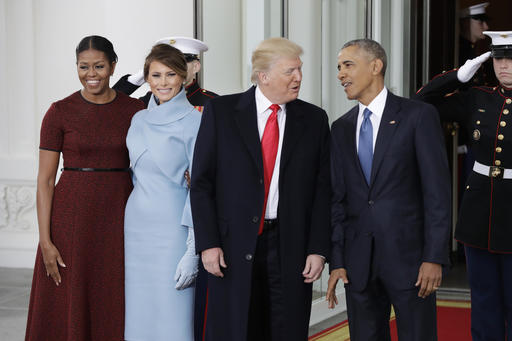 Traditionally, the departing president hosts the president-elect at the White House, and then attends his successor’s inauguration, as a symbol of the peaceful transfer of power.

Trump plans to move to Mar-a-Lago, his private club in Palm Beach, Fla., following his presidency, but those plans are being challenged. The Washington Post reported that a lawyer for neighbors wrote to Palm Beach officials asserting that Trump can’t live there under the terms of his 1993 agreement with the town. Mar-a-Lago club members can’t spend more than 21 days in the guest suites or more than seven consecutive days in a year. The Post said Trump spent at least 130 days at Mar-a-Lago during his presidency. It’s unclear if town officials will take any action.

A Facebook post purporting to be from the Trump campaign said Trump will hold his inauguration for a second term at Mar-a-Lago.

The Trump campaign confirmed the post is a fake. Trump lost his bid for a second term and plans to move to Mar-a-Lago after his presidency ends. Het has not announced what he will do during Biden’s Jan. 20 inauguration.

We rate this statement Pants on Fire.

RELATED: Timeline: How Donald Trump responded to the coronavirus pandemic

White House, Remarks by President Trump During Thanksgiving Video Teleconference with Members of the Military, Nov. 26, 2020

The Daily Beast, Trump’s Already Gaming Out a 2024 Run—Including an Event During Biden’s Inauguration, Nov. 28, 2020

Truth or Fiction, Is the Trump Campaign Planning a Second Inauguration? Dec. 17, 2020

Devin Nunes
stated on January 10, 2021 an interview on Fox:
“Republicans have no way to communicate” after tech companies cut off Parler.

Donald Trump
stated on December 9, 2020 a tweet:
“No candidate has ever won both Florida and Ohio and lost.”

Donald Trump
stated on December 2, 2020 a speech:
“No state in the country verifies United States citizenship as a condition for voting in federal elections.”