With the criminal trial against Ghislaine Maxwell underway, an image of the man she’s accused of trafficking teenagers for along with the president of the United States is being shared on social media.

But that image of Jeffrey Epstein and Joe Biden is altered, and posts sharing it were flagged as part of Facebook’s efforts to combat false news and misinformation on its News Feed. (Read more about our partnership with Facebook.) 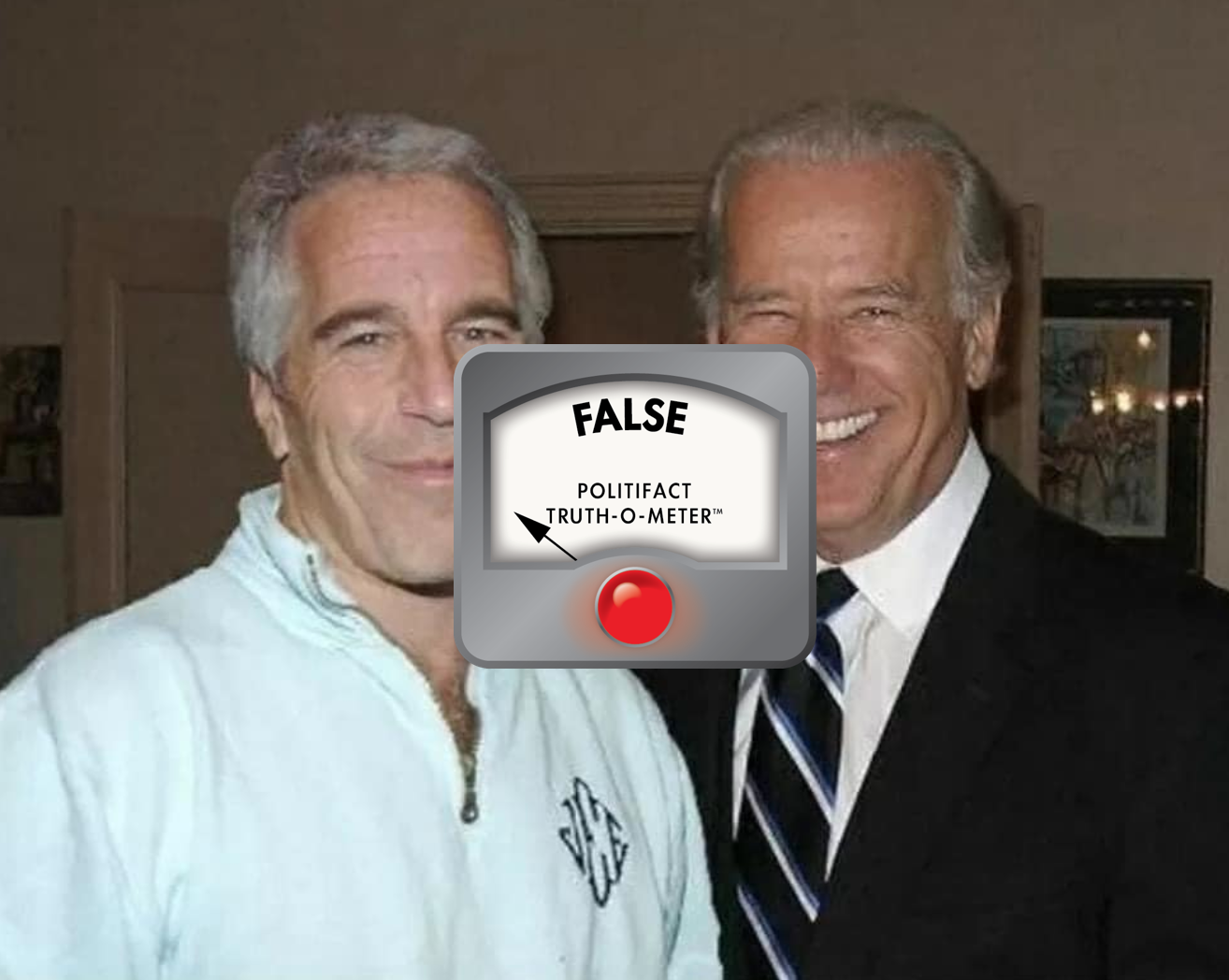 (Screenshot from Facebook shows doctored image.)
Doing reverse image searches of the picture on Google and TinEye, we found two separate photos, one with Epstein and one with Biden, that were used to create the doctored image spreading online.
The original photo of Epstein, taken in 2005, shows him with Florida sugar baron Pepe Fanjul. It’s been shared on news sites such as the New York Post, MSNBC, and HuffPost. A cropped version of the photo showing just Epstein has also been widely used but in many of those images Fanjul’s plaid suit jacket is visible. In the doctored image of Epstein and Biden, Biden is wearing what looks like a solid black jacket.
We found the original undated photo of Biden on the Friedlander Group website, on a page showing Ezra Friedlander, CEO of the New York-based consulting firm, posing for pictures with current and former U.S. leaders. Epstein is not pictured.
We rate claims the image of Epstein and Biden is authentic False.

Daily Mail, 'I'm not a pedophile': Remorseless Jeffrey Epstein said 'children he raped and assaulted did not look underage, and claimed HE was a victim' in his final interviews, Aug. 13, 2019

Viral image
stated on December 5, 2022 an Instagram post:
President Joe Biden’s daughter-in-law tweeted, “The press is also covering up serious health issues that my father in law is facing. The plan is for Kamala to get a one track ride to the nomination in 2024.”

Instagram posts
stated on November 21, 2022 an Instagram post:
Qatar refused “to receive the German national team’s plane, which bears the gay logo, which forced them to return the plane to the airport of the Sultanate of Oman.”