Some social media users are circulating a claim that Vice President Kamala Harris made a disparaging comment about Americans who remain unvaccinated. 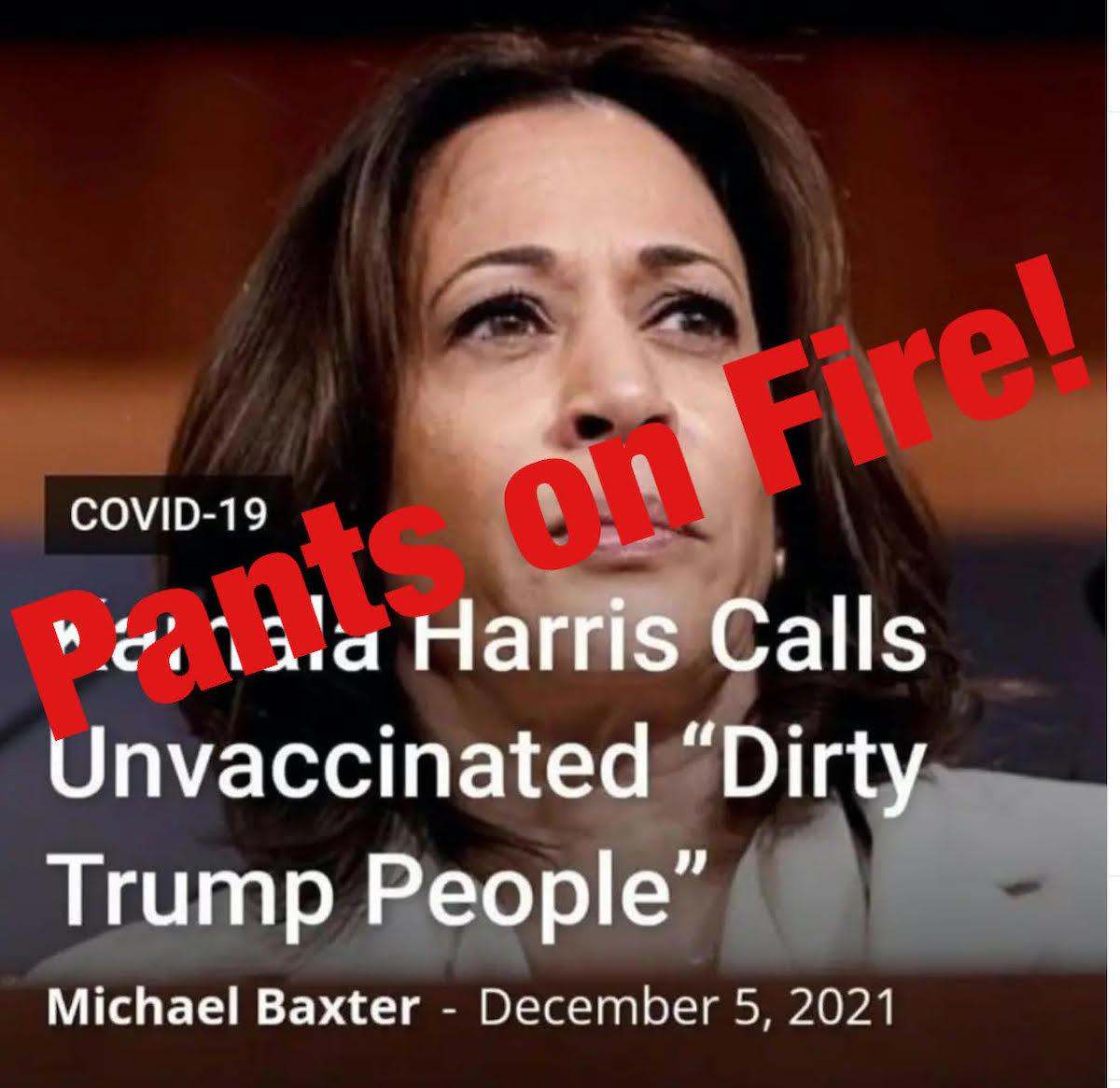 The post cites an article from Real Raw News, a website with a history of publishing fabricated stories about public figures with made-to-go-viral headlines. It was flagged as part of Facebook’s efforts to combat potential false news and misinformation on its News Feed. (Read more about our partnership with Facebook.)

There is no evidence that Harris said this. Her spokesperson called the story a fabrication.

The Real Raw News story claimed that an unidentified person at the National Institutes of Health told them Harris made the comment during a recent phone call with the White House’s COVID-⁠19 Health Equity Task Force after Rochelle Walensky, director of the Centers for Disease Control and Prevention, talked about the difficulty of vaccinating every American.

The article said that Harris then bemoaned "Trump supporters refusing to get vaccinated" and quoted her as blaming the spread of the delta and omicron COVID-19 variants on Trump and his "gang of dirty people."

Facebook posts
stated on January 11, 2022 in a Facebook post
“The CDC director just said that 75% of ‘Covid deaths’ occurred in people with at least four comorbidities.”

There’s just one problem — Harris wasn’t on the call.

"This is not true. No such call happened that the VP participated in," Symone Sanders, a spokesperson for Harris, wrote in an email.

Real Raw News includes a disclaimer on its "About Us" page that tells readers its website contains "humor, parody and satire."

"Information on this website is for informational and educational and entertainment purposes," the disclaimer reads. "This website contains humor, parody, and satire. We have included this disclaimer for our protection, on the advice of legal counsel."

Aaron Rodgers
stated on January 21, 2022 an interview:
The CDC said that 75% of COVID-19 deaths have involved people with at least four comorbidities.