Since the Met Gala on Sept. 13, 2021, rumors have swirled around social media that musician, actress and fashion businesswoman Rihanna is pregnant. But a photo that claims to prove it is not as it seems — it has been altered.

The photo, shared on Facebook, shows Rihanna walking outdoors, wearing a black dress and showing what appears to be a baby bump. 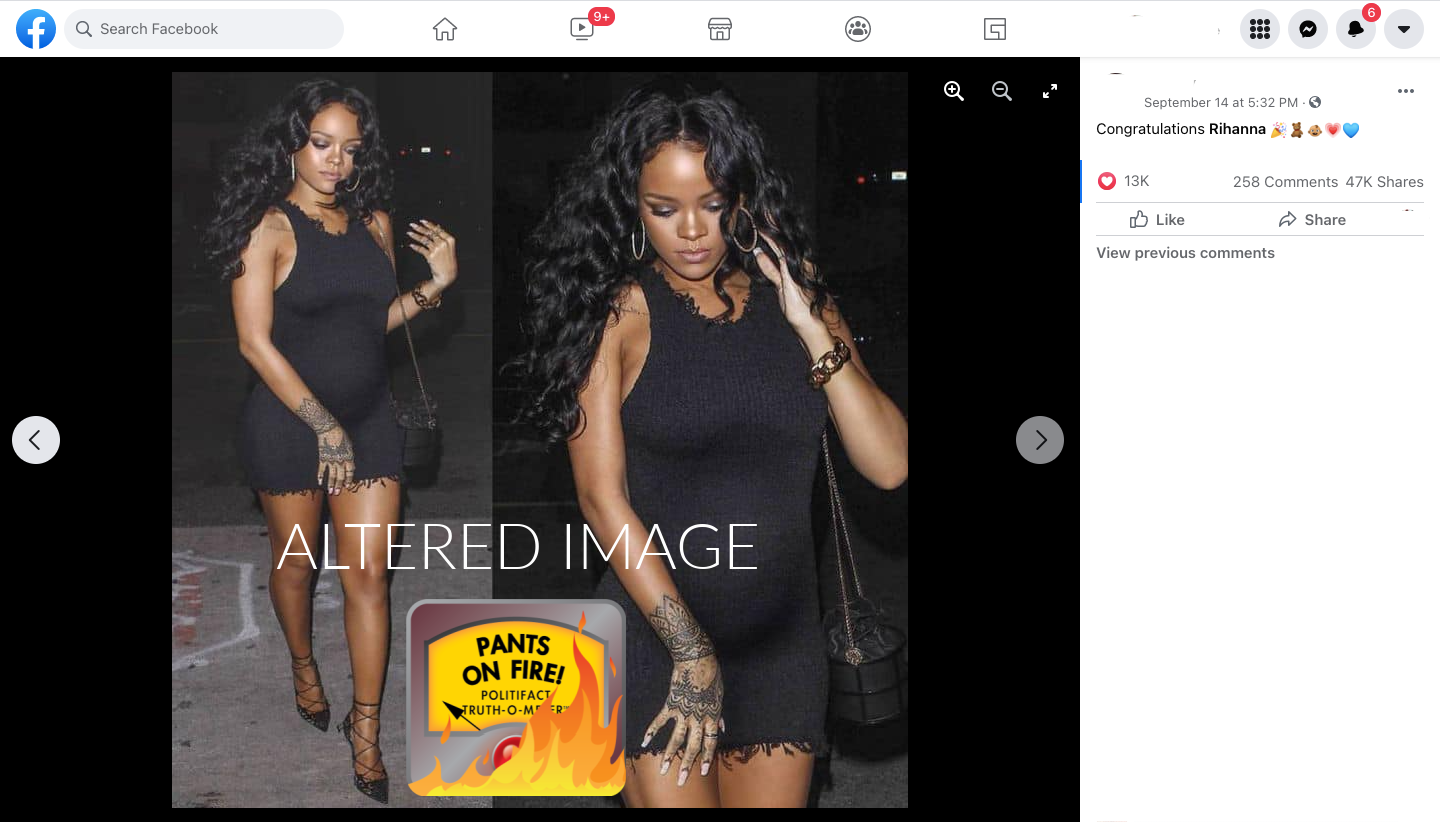 Not so fast. The post was flagged as part of Facebook’s efforts to combat false news and misinformation on its News Feed. (Read more about our partnership with Facebook.) A quick reverse-image search on Tineye and Google Images shows not only that the image in the post has been doctored, but also that this same altered image has been shared multiple times in previous years. The original photo dates back to at least 2016, and it clearly shows Rihanna without the bump.

Rihanna and her boyfriend, rapper A$AP Rocky, have not publicly announced a pregnancy or confirmed the rumors.

We don’t love the way this photo lies. Pants on Fire!

PolitiFact, Image of Michelle Obama is absolutely altered, May 8, 2021

PolitiFact, Joe Biden, Olivia Rodrigo did not appear in press briefing together with Jen Psaki, July 16, 2021

PolitiFact, Don’t fall for these altered images of Obama, Clinton and Rice with bin Laden, Feb. 19, 2020

Bloggers
stated on February 21, 2022 in a blog post:
Joe Biden was holding a medical device in a photo he tweeted during the 2022 Winter Olympics.