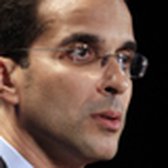 Angel Taveras served a four-year term as the mayor of Providence, R.I. beginning in Jan. 3, 2011, the first Dominican-American to be elected mayor in the state. In 2014 he lost the Democratic primary when he ran for governor. Taveras, a lawyer and former Housing Court judge, replaced David N. Cicilline, who was elected to Congress in Rhode Island's 1st District. He is a graduate of  Harvard University and Georgetown Law School.