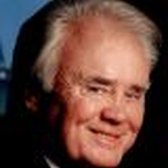 U.S. Rep. C. W. Bill Young, R-Indian Shores, represented the 13th Congressional District of Florida. He was the nation's longest-serving Republican congressman on the day of his death, Oct. 18, 2013. Young held public office for more than 50 years, including a decade in the Florida Senate and 22 terms in Congress. Young was born in Harmarville, Penn., on Dec. 16, 1930. His family moved to Pinellas County when he was 15. He is a veteran of the Army National Guard. He married his second wife, Beverly, in 1985. They have two sons, Billy and Patrick, and Robbie from her first marriage.