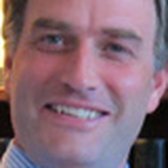 Robert Hurt, Republican, represents Virginia's 5th District, which is composed of 19 counties and two independent municipalities and is Virginia's largest, in Congress. Hurt was first elected to the U.S. House in 2010. He serves on the Financial Services Committee and on its Capital Markets and Government Sponsored Enterprises and Housing and Insurance subcommittees. Hurt, a Pittsylvania County native, previously served in the Virginia House of Delegates from 2002 to 2007 and in the state senate from 2008 to 2010. Hurt graduated from Hampden-Sydney College, Hampden Sydney, in 1991 and earned a law degree from Mississippi College School of Law, Jackson, Miss., in 1995.