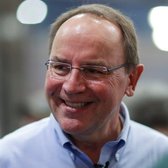 In 2004 and 2008, Tom Tiffany ran for the 12th State Senate District, first against Senator Roger Breske, and then Jim Holperin losing both times in very close elections. In 2010, he ran for the Wisconsin State Assembly after the position was vacated by retiring incumbent, Representative Donald Friske. Tiffany won the primary, and later defeated Democrat Jay Schmelling 58.09% - 41.81%. In 2012 Tiffany chose not to seek re-election to the State Assembly and to seek election to the State Senate after Holperin announced he would not run for reelection. He defeated Democrat Susan Sommer, 56% - 40%, in the general election on November 6, 2012. Tiffany succeeded fellow Republican Sean Duffy in Congress, winning a special election against Democrat Tricia Zunker in 2020.