President Donald Trump’s re-election campaign released a provocative video featuring an undocumented immigrant accused of killing two Northern California sheriff’s deputies during a crime spree in October 2014. The advertisement accurately captures the outbursts of the accused killer, but it also fuels the stereotype that undocumented immigrants are largely violent.

We examined that narrative last year and found that, in fact, undocumented immigrants commit crimes at lower rates than the native born. Candidates for California governor debated the topic of immigrants and crime at a recent town hall.

The 30-second spot is expected to appear only online for now. It touts the president’s plans to build a border wall and stop illegal immigration. The ad then makes the inflammatory claim that "Democrats who stand in our way will be complicit in every murder committed by illegal immigrants."

It includes Trump’s endorsement at the end.

President Trump's re-election campaign released the above video on Jan. 20, 2018.

The campaign ad was released January 20, 2018, the one-year anniversary of Trump’s inauguration and the same day the federal government briefly shut down.

The closure took place after Trump and Congress failed to reach a budget deal and a solution on the hotly-debated DACA program. A short-term deal to reopen the government was reached two days later.

We won’t fact check the claim about Democrats being "complicit" because it falls in the category of an opinion-based attack rather than a factual assertion.

We can, however, shed light on the facts behind the Sacramento area accused killer and on how crime rates for immigrants and the native born compare.

We’ll also take a brief look at DACA recipients, who are at the center of the country’s larger immigration debate, particularly here in the Golden State.

The ad features Luis Bracamontes, a Mexican citizen who has repeatedly entered the United States illegally over the years. He is accused of killing Sacramento County Sheriff’s Deputy Danny Oliver and Placer County Sheriff’s Detective Michael Davis Jr. during a day-long rampage and shoot-out on Oct. 24, 2014.

Bracamontes is also accused of shooting a motorist in the head to steal his car and wounding another Placer County deputy.

If convicted in Sacramento Superior Court of killing the two deputies, Bracamontes could face the death penalty. He has repeatedly admitted killing the deputies.

The ad accurately includes some of Bracamontes’ outbursts from the first day of trial, which the Sacramento Bee captured in a video on January 16, 2018.

The narrator in the ad then says "It’s pure evil," as the same words flash across the accused killer’s face.

Finally, Bracamontes is shown in the ad saying:

"I will break out soon and I will kill more." 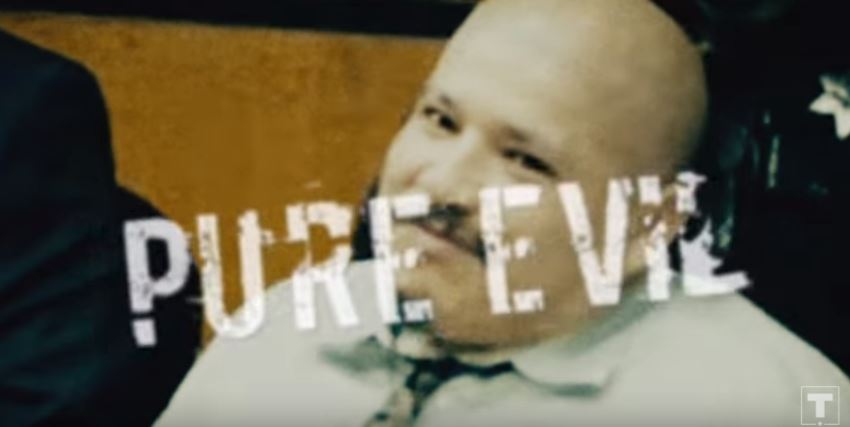 The case has drawn widespread media attention, the Bee noted, "partly because of Bracamontes’ status as an illegal immigrant and his history of arrests and deportations in Arizona. President Donald Trump has weighed in on the case, mentioning it during a speech to Congress last year and introducing the widow of one of the slain deputies."

Asked about the ad, Speaker of the House Paul Ryan, R-Wisc., told CBS' "Face the Nation" Sunday that "I don't know if that's necessarily productive."

Independent Vermont Sen. Bernie Sanders criticized the spot as being "really unbelievable and so sad for our country," in an interview with CNN's "State of the Union."

Bracamontes’ inclusion in the ad inflames the debate over illegal immigration. It also feeds the stereotype that undocumented immigrants as a group are violent, an idea that’s not backed up by the facts.

Here’s some of the evidence that backs up Villaraigosa’s assertion:

• A 2015 National Academy of Sciences study found: "Immigrants are in fact much less likely to commit crime than natives, and the presence of large numbers of immigrants seems to lower crime rates." The study added that "This disparity also holds for young men most likely to be undocumented immigrants: Mexican, Salvadoran, and Guatemalan men.  …. Today, the belief that immigrants are more likely to commit crimes is perpetuated by ‘issue entrepreneurs’ who promote the immigrant-crime connection in order to drive restrictionist immigration policy."

Not all researchers agree with the findings. The Center for Immigration Studies, which supports stricter immigration policies, in a 2009 study said that overall understanding of immigrants and crime "remains confused" due to lack of data and contrary information.

In a July 2016 fact check on a similar claim, the national PolitiFact found researchers agree "more data is needed to get a better understanding of immigration and crime."

With that caveat, it rated Mostly True a claim by then-Libertarian Party presidential candidate Gary Johnson that Mexican immigrants were more law-abiding than U.S. citizens.

"Numerous studies by scholars and partisan groups show that the foreign-born population is less likely to commit crimes than the native-born, and experts say this includes Mexican immigrants," it concluded.

Along with adding to misconceptions about undocumented immigrants, the Trump campaign ad ignores the country’s larger debate on finding a solution to DACA.

The Obama-era Deferred Action for Childhood Arrivals program offered temporary protection from deportation to immigrants brought to the country illegally as children.  Currently, there are about 690,000 immigrants protected. California is home to the largest number of recipients, a total that initially surpassed 200,000.

Last year, Trump ordered an end to the program by March 5, 2018, if Congress can’t agree on a permanent plan. A federal district court judge in San Francisco, however, recently ordered the Trump administration to keep the program alive. That led the White House to appeal the lower court ruling to the U.S. Supreme Court, which could weigh in with a future ruling.

Who are DACA recipients?

DACA recipients are often called the Dreamers. The name is a nod to the Dream Act, a bipartisan bill first introduced in 2001 that would provide the chance at permanent protections. The legislation has repeatedly failed to pass.

To be accepted, DACA applicants must meet age and work-related criteria. Here’s a look at some of the requirements, as outlined by Immigration Equality, an LGBTQ immigrant rights organization:

• Must be currently in school, have graduated from high school, have obtained a GED, or have been honorably discharged from the Coast Guard or armed forces;

• Must not have been convicted of a felony, a significant misdemeanor or more than three misdemeanors of any kind

• Do not pose a threat to national security or public safety.

An estimated 900 undocumented immigrants, some of them DACA recipients, were serving in the U.S. military as of September 2017. A USA Today article said the immigrants enlisted under a military program waives certain citizenship requirements for green card holders, refugees and DACA recipients with skills that the military considers essential to the national interest.

The vast majority of Americans, 87 percent in a recent poll, support keeping DACA recipients in the country.

Watching the ad, one might think undocumented immigrants are prone to violent crime and that all Democrats support protections for immigrants accused of killing police. Neither is the case.

In California and elsewhere, Democrats have, indeed, taken steps to shield some unauthorized immigrants from deportation. Democratic Gov. Jerry Brown signed a law in October 2017 law that limits cooperation between local law enforcement and federal authorities on immigration holds. Several Democratic mayors in cities from Sacramento to San Francisco have supported sanctuary laws. Importantly, however, those laws do not limit local cooperation with federal authorities for undocumented immigrants with violent criminal records.

Yet the campaign ad suggests Democrats are pushing for protections for immigrants such as Bracamontes. That’s simply a distortion of the facts.