Harris, Swalwell, Williamson: A quick look at the Californians on tonight’s debate stage

The first night of the Democratic presidential debate is over. Ten candidates from around the country, from Massachusetts Sen. Elizabeth Warren to Texas politicians Beto O’Rourke and Julian Castro to Minnesota Sen. Amy Klobuchar, shared the spotlight in Miami and PolitiFact National fact-checked their claims here.

Now is the time for the second round, in which three Californians — Sen. Kamala Harris, Rep. Eric Swalwell, and self-help author Marianne Williamson — will make their case to be the party’s nominee.

Tonight’s debate will be broadcast on NBC News, Telemundo and MSNBC at 6 p.m. Pacific. It will be moderated by journalists Lester Holt, Savannah Guthrie, Chuck Todd, José Díaz-Balart and commentator Rachel Maddow.

During the event, PolitiFact California will be live fact-checking the trio of Californians on social media. Follow our work on Twitter and Facebook. If you hear a questionable claim, email us with a suggested fact check at [email protected]

In the meantime, take a look at the biographies of Harris, Swalwell and Williamson, their top issues, as well as recent articles and fact checks we’ve done on them. 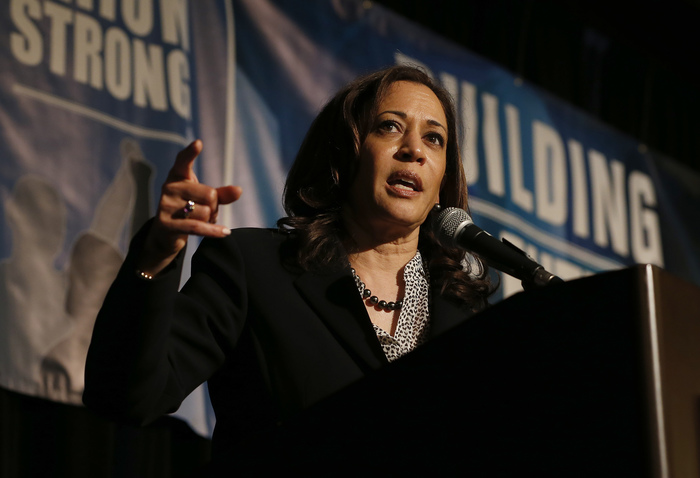 Key votes: Voted against the Trump tax bill, 2017; against efforts to overhaul the Affordable Care Act in 2017; and against Supreme Court nominations of Neil Gorsuch in 2017 and Brett Kavanaugh in 2018.

Miscellaneous: Harris’ late mother was born in India, and her father was from Jamaica. She spent a portion of her childhood in Canada, when her mother was a medical researcher in Montreal.

PolitiFact California also examined Harris’ claim that her LIFT plan is ‘the most significant middle-class tax cut in generations.’ 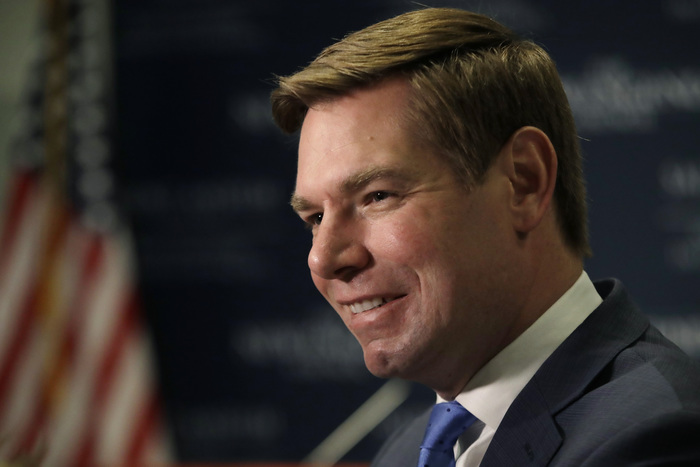 Current occupation: Member of the U.S. House of Representatives from California's 15th district

Miscellaneous: During his service in the House, has become known for extensive use of social media. In April 2016, The Hill dubbed him "the Snapchat king of Congress."

Other coverage: Announcement of presidential bid on Late Show, April 2019; profiles in The Mercury News and in Business Insider, ‘Ban and buy back every single assault weapon in America’ - Eric Swawell on ABC’s The View,

Swalwell claimed in May that Georgia’s "so-called ‘heartbeat’ law outlaws abortion before most women even know that they're pregnant. This is one of the most restrictive anti-abortion laws in our country." PolitiFact rated this Mostly True.

The month before, Swalwell said "In 2017, the first piece of legislation that Republicans passed "made it easier for the mentally ill to purchase guns." PolitiFact rated that Half True. He was correct that the law he cited eliminated barriers for certain disabled individuals to buy guns, but it wasn’t the first passed in 2017. 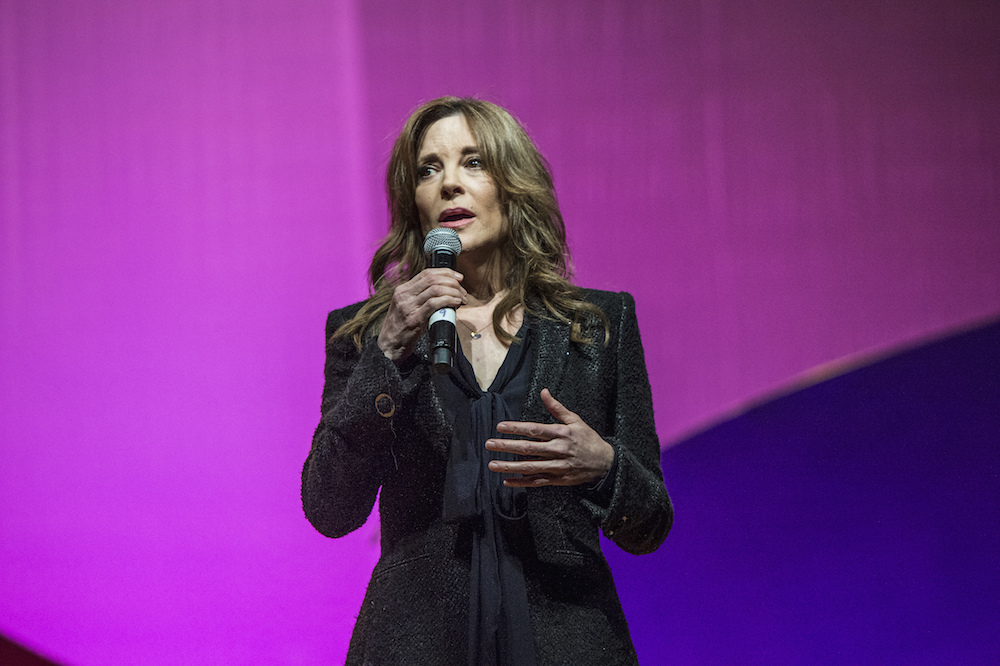 Key positions: Condemned Israeli settlements as illegal; spoke out against the U.S. relationship with Saudi Arabia

State and local offices: None

Education: dropped out of Pomona College after studying theater and philosophy for two years

Miscellaneous: She plans to assemble a council of African-American leaders to distribute $200 billion to $500 billion over 20 years in reparations to benefit the descendants of slaves.

Williamson claimed in April that Jimmy Carter was the last "U.S. president to say flat out those (Israeli) settlements are illegal." PolitiFact rated that Half True.

Also in April, she said "For every dollar we spend on actual peace creation, we spend over $1,000 on ways to prepare for war." PolitiFact rated that Half True, as well.

PolitiFact, Who is Kamala Harris? A bio of the Democratic presidential candidate, June 14, 2019

PolitiFact, Who is Marianne Williamson? A bio of the Democratic presidential candidate, June 11, 2019

PolitiFact, Who Eric Swalwell? A bio of the Democratic presidential candidate, June 25, 2019

Xavier Becerra
stated on August 26, 2019 a news conference:
"Every time we go to court," against the Trump administration, "for the most part, we win."

Bernie Sanders
stated on August 22, 2019 a campaign speech:
"Some 200,000 people are in jail for the crime of being poor and not being able to afford bail."

Gavin Newsom
stated on June 23, 2019 an interview on "Axios on HBO":
"The vast majority" of San Francisco’s homeless people "also come in from — and we know this — from Texas. Just (an) interesting fact."

Dianne Feinstein
stated on August 3, 2019 a tweet:
There are "more gun deaths by far" in the United States than any other country in the world.