Kevin de León
stated on November 10, 2015 in a press release:
California has "robust job growth that outpaces the rest of the nation."

Top California Democrats like State Senate leader Kevin de León often claim that the state’s economy is humming right along — and not weighed down by their ambitious new clean energy requirements.

So, it’s not a surprise that De León, author of the state’s most recent clean energy law, touted California’s strong job growth during a recent speech abroad about climate change. De León, D-Los Angeles, spoke about California’s role as a leader in the fight against climate change to members of Parliament in the United Kingdom.

He told them California has "robust job growth that outpaces the rest of the nation, all while reducing carbon emissions and cleaning up the air we breathe," according to a November press release from the senator’s office.

California’s employment picture has certainly improved from the Great Recession, when it lost more than a million jobs from 2007 to 2009. Economists credit a rebound in housing and construction jobs plus strong tech sector growth for the state’s healthier employment figures.

But, we wondered, is the state seeing job growth that truly "outpaces the rest of the nation," as the senator claimed? Or did his statement exaggerate the state’s good job news?

We set out on a fact check limited to this question. We did not evaluate the additional question of how the state’s clean energy rules have affected California’s job growth. 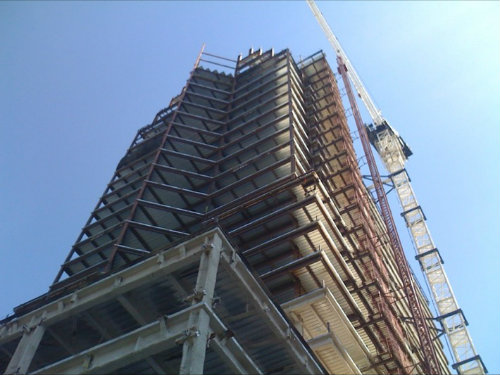 Economists we spoke with said De León’s statement, on its face, is correct.

In 2014, California added jobs at a 3 percent clip compared with the previous year. That was more than a percentage point higher than the country’s overall rate of 1.9 percent during the same period, according to data from Chapman University’s Center for Economic Research.

"Overall, the statement is accurate," said Professor Esmael Adibi, the center’s director. "We are outperforming the U.S."

"The state has actually outperformed the country as a whole for 44 consecutive months, which amounts to almost four years," Reaser said.

Still, there’s more to the nation’s job picture. Fourteen other states in 2014 had a higher job growth rate than the country overall, according to data provided by the economists. California’s accomplishment was hardly unique.

Another interpretation of De León’s claim is that California’s job growth rate outpaced all other individual states in "the rest of the nation."

Asked to clarify the senator’s statement, De León’s office pointed to recent news articles that describe California adding more total jobs than any other state, and adding jobs at a faster pace than the nation overall.

Still, the phrase "rest of the nation" is open to different readings, Abibi said.

That’s significant because five other states had a faster job growth rate than California’s 3 percent last year. They were North Dakota at 3.8 percent; Nevada at 3.5 percent; Colorado at 3.3 percent; Florida at 3.2 percent and Texas with 3.1 percent, according to state and federal data. 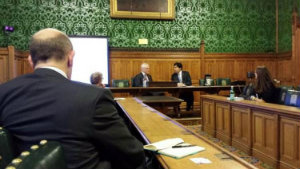 State Senator Kevin de León said earlier this month that California has "robust job growth that outpaces the rest of the nation, all while reducing carbon emissions and cleaning up the air we breathe."

We limited our fact check to whether California has grown jobs faster than "the rest of the nation." We did not evaluate the impact the state’s clean energy policies have had on job growth, a question raised by the second part of De León’s statement.

But a clarification is needed: California is far from the only state that’s added jobs at a faster pace than the national average. Fourteen others accomplished the same feat.

And there is another way to read the senator’s statement. One could assume the senator meant California’s job growth rate outpaced all other individual states. Yet, five other states had higher job growth rates in 2014. Those states are part of "the rest of the nation," and would likely balk at the idea of California outpacing their job growth success.

In the end, we rate the claim Mostly True.