Anthony Rendon
stated on March 7, 2016 in a news conference:
California "cut about $1.3 billion in child care (during the recession). We’ve only reinvested about $300 million."

Anthony Rendon was sworn in as speaker of the California State Assembly on March 7, 2016. Andrew Nixon / Capital Public Radio

Before his election to the Legislature, Rendon ran a nonprofit that helped provide child care to thousands of Los Angeles County kids.

Now, he wants young children and their families to be part of the ‘California comeback.’

Surging tax revenue has allowed the state to put aside billions of dollars in reserves and regain financial stability in recent years.

"I was the executive director of a Head Start and Early Childhood Education organization when this state cut about $1.3 billion in child care (during the recession)," Rendon said during a news conference at the Capitol on March 7th, shortly after being sworn in as the state’s 70th Assembly Speaker.

"We’ve only reinvested about $300 million," Rendon continued. "So we’re nowhere close to where we were. We have more kids now than ever before. … We need to invest in our families."

In January of this year, he told reporters: "We’ve cut about $1.2 billion out of child care and I think we need to put that money back in. We’ve gotten about a quarter of the way in terms of restoring those funds. But restoring more funds to early childhood education is something that’s very important to me."

Taking a more conservative approach, Gov. Jerry Brown has declined to restore social service funding as rapidly as many Democrats in the Legislature would like.

But in recent budgets, the four-term Democratic governor has agreed to pour hundreds of millions of dollars back into programs slashed during the recession.

That made us wonder, was Rendon right when he said the state has reinvested just $300 million in child care? Or has California done more?

We decided to check the facts. 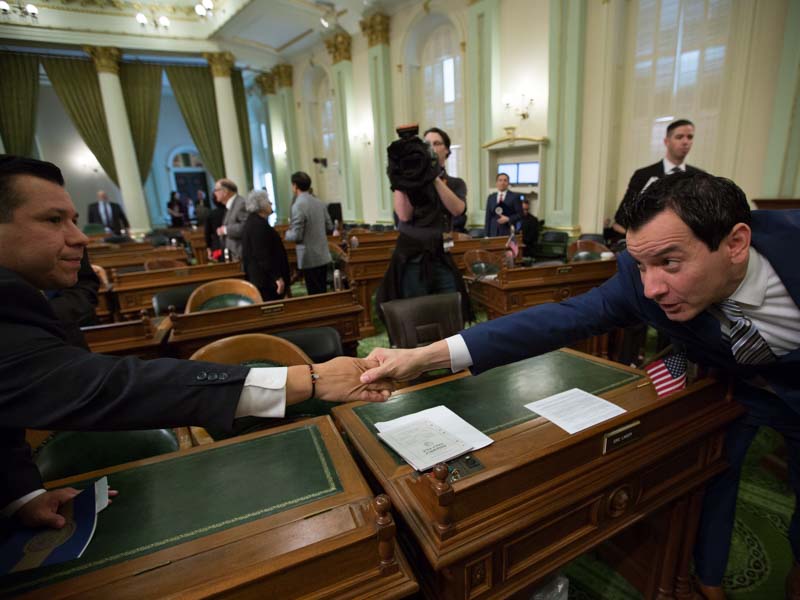 For lawmakers and budget analysts at the Capitol, and for early education advocates across the state, ‘child care’ is a huge umbrella term. It includes subsidized child care programs for infants and toddlers of low-income working parents and preschool for older children.

There’s no debate that California slashed more than $1 billion in funds for these programs during the recession. Those cuts eliminated child care and preschool for tens of thousands of working families.

Cuts to child care alone totaled nearly $1.1 billion between the fiscal years of 2007-08 to 2011-12, according to budget estimates from the Legislative Analyst’s Office. That’s not quite the $1.3 billion that Rendon stated this month, but it’s close.

Historical Child Care And Development Funding
Create your own infographics

When looking at reinvestments in the child care system as a whole, the state has put back more than $578 million, according to the Department of Finance, which is part of the Brown Administration. Taking a more narrow look at what can be defined as child care, Brown’s finance team said the state has still pumped more than $450 million back.

Both figures are far more than Rendon’s $300 million reinvestment total.

We asked Rendon to explain his number. His spokesman said Rendon was speaking strictly about child care services, not preschool.

Of the $1.1 billion in child care cuts, under this strict view, the state has reinvested a figure matching Rendon’s total -- $303 million -- over the past two fiscal years in childcare programs, according to budget estimates from the Legislative Analyst’s Office.

That figure, however, excludes $151 million reinvested under a preschool category that Brown’s finance team described as "wraparound child care," which gives preschool students a full day of care.

An independent expert we spoke with said it was strange that Rendon would ignore the preschool component, but agreed it was possible he was using the much stricter definition of child care funding.

One advocate for early childhood education suggested Rendon may have been highlighting the fact that while California has made "huge strides" in investing in preschool, it’s not done the same for child care.

"It’s a tale of two different parts of the system when you think about what’s been put back in," said Erin Gabel, deputy director of First 5 California, a state commission that advocates for health and education programs for children up to the age of 5.

With the push to provide preschool for all of California’s eligible four year olds, state preschool funding has more than tripled from the recession to the current fiscal year, according to budget figures.

Gabel said child care programs for children under age 2, meanwhile, have seen "almost no restoration" from cuts during the recession.

While there are questions about the numbers Rendon used, experts we contacted agreed that Rendon is correct that California "is nowhere close" to restoring all the child care funds cut during the recession.

California Assembly Speaker Anthony Rendon said recently that the state cut $1.3 billion in child care programs during the recession and has reinvested only $300 million since. His spokesman told us Rendon was speaking strictly about child care programs, not preschool funding.

Experts agree that more than $1 billion was cut to the child care system. An analysis of budget data shows the total cut from just child care programs was closer to $1.1 billion, a bit less than Rendon’s total.

A very strict look at how much has been reinvested shows California put back $303 million of that $1.1 billion just to child care programs. The state Department of Finance, however, says the total is more than $450 million because some preschool funding actually pays for child care.

We believe this is an important point for those who crunch budget numbers at the Capitol. But we don’t feel it’s enough to say Rendon was intending to deceive the general public.

We rate his statement Mostly True because it’s accurate but needs clarification and additional information.

Sacramento Bee, op-ed piece by Joshua Pechthalt, president of the California Federation of Teachers, "Debate over funding child care is a trap,"  June 11, 2015