Ohio Taxpayers for Lower Drug Prices
stated on August 29, 2017 in a campaign video:
An Ohio ballot issue would address the fact that "we’ve gone from paying about $100 for Epipens to over $600 ... We don’t have a choice but to pay it and the drug companies know it."

Ohio Taxpayers for Lower Drug Prices claims its ballot initiative could lower the price tag for the EpiPen, a popular auto-injector for serious allergic reactions.

Do EpiPens really cost that much, and could their price go down with an up-vote on the ballot initiative? Prescription drugs may be severely overpriced, but the ad misrepresents the bill’s impact. And strangely, its example of EpiPens doesn’t really apply to the population that the group is trying to help.

Issue 2 is a ballot initiative up for a vote on Nov. 7. If approved, it would require all drugs bought by the state -- whether for Medicaid or other state programs -- to match Veterans Affairs prices, which receive a 24 percent discount off market price in addition to sometimes undisclosed rebates. The idea is that it would lower the state’s health care costs.

The ad has a point that the price for the EpiPen two-pack soared since 2007, from $94 to $609. Each pen holds about one dollar’s worth of the drug epinephrine. While the ad makes it sound as though there is no alternative, Mylan released a $300 generic EpiPen two-pack in December 2016 and Lineage Therapeutics offers a generic auto-injector for $110. That’s still a lot, but it’s less than the $600 the ad mentions.

The ad also misrepresents the population the initiative would aid, as approximately 70 percent of EpiPen users are privately insured, and Medicaid patients already pay nothing out of pocket, according to Brittany Warner, an Ohio Medicaid spokeswoman.

And even if the ad was referring to the prices paid by the state, instead of patients, Medicaid already enjoys significant discounts.

Brand EpiPen 2-pak’s listed price for the Medicaid program is $291.41, but because it doesn’t include rebates (which remain confidential), it may be lower. The VA price is indeed lower: $182.33, which includes rebates.

"They’re trying to appeal to the sense of outrage of high drug prices, especially for things that ought to be covered for free, but it’s a weird example to cite in the context of this particular initiative, as the vast majority of people who use it are privately insured," said Kao-Ping Chua, a health policy researcher at the University of Chicago who co-authored a study of out-of-pocket spending on EpiPens.

Chua said the privately insured and the uninsured bore the greatest brunt of the price increase, though the price they faced for the injectors varied depending on the type of plan they are on.

According to Julie Knell, a spokeswoman for Mylan, the company that sells EpiPens, "nearly 90 percent of consumers who received EpiPen Auto-Injector or its authorized generic had an out-of-pocket cost of less than $100 and more than 80 percent are paying less than $50."

60 Plus Association
stated on September 20, 2021 in a commercial shown on television and online
Insurance companies and Washington bureaucrats “are working together to swipe $500 billion from Medicare to pay for Pelosi and Schumer’s out-of-control spending spree.”

"I would still argue that $100 is a lot to pay for a life-saving medication," Chua said. "This is the difference between life and death."

In addition to the Medicaid program, the state purchases drugs for state employees, prisons, and other state-run programs, but the campaign was unable to pin down the effect of the initiative on these groups. Dennis Willard, a campaign spokesman, said 4 million Ohioans would be affected, 2.8 million of whom are on Medicaid or CHIP.

Rachel Sachs, a professor at Washington University in St. Louis School of Law, told us that if the initiative worked (she identified various legal issues with it in a blog post), the biggest impact would be felt by state correctional systems, which go unmentioned in the ad.

Chua warned that if lowering the price for the privately insured was the goal of Issue 2, this wasn’t the best way forward, as companies could raise costs for private insurers to make up for lost revenue from states like Ohio. Opposition ads make a similar argument, claiming VA prices could also increase in response to the act.

Researchers Thomas J. Hwang and Aaron S. Kesselheim evaluated this question when the group proposed a similar initiative in California. (It didn’t pass.) They said that the long-term budgetary effect of the ballot initiative was uncertain. A review claiming causation between a similar 1990 measure and increased VA prices couldn’t be "credibly established," they said.

Sachs said that restricting the price pharmaceutical companies can demand from the state of Ohio shouldn’t affect the price they offer private insurers or the VA. That’s because price discrimination makes it so that pharmaceuticals arrange different prices with each market, and there’s no reason to believe they haven’t already struck the best deal possible in each one.

While studies suggest cost-shifting, or the displacement of costs on other markets, has little impact on hospitals, Sachs admits there’s insufficient research on this phenomenon in the pharmaceutical industry.

In the absence of research on the impact of similar initiatives elsewhere, Gerard Anderson, a professor at Johns Hopkins University's Bloomberg School of Public Health, said it would be difficult to gauge the proposal’s impact on the privately insured.

A pro-Issue 2 ad in Ohio claimed, "We’ve gone from paying about $100 for Epipens to over $600. And they only hold about one dollar’s worth of medicine. We don’t have a choice but to pay it and the drug companies know it."

There is a key difference in the "we" paying $600 -- a relatively small fraction of the privately insured population -- and the population for whom the initiative plans to lower prices. The majority of those covered by state-sponsored insurance, like Medicaid, already pay a $0 co-pay.

The campaign didn’t provide evidence of the impact on other state-insured populations, though it could have a significant impact on the smaller prison population, which does not face the same rebates as the Medicaid program.

The ballot initiative would have no formal effect on prices for the privately insured, and the trickle-down effect for market prices remains speculative.

PolitiFact Rating:
Mostly False
An Ohio ballot issue would address the fact that "we’ve gone from paying about $100 for Epipens to over $600 ... We don’t have a choice but to pay it and the drug companies know it."
Ohio Taxpayers for Lower Drug Prices
Ohio Issue 2 proponents
https://www.youtube.com/watch?v=m-Bw7gSfDM0 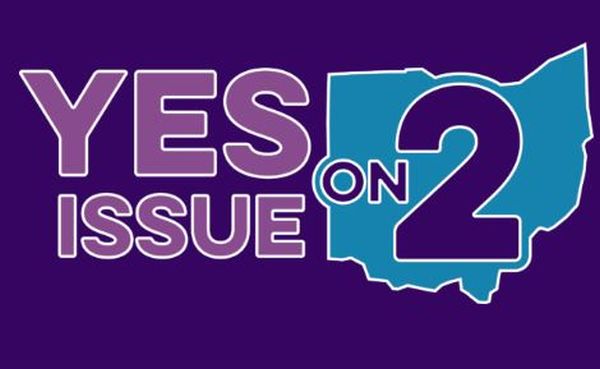 Email interview with Dale Butland, a spokesman for Ohioans Against the Deceptive Rx Ballot Issue, Sept. 25, 2017

Phone interview with Kao-Ping Chua, pediatrician and health policy researcher at the University of Chicago, Sept. 22, 2017

The Milbank Quarterly, How Much Do Hospitals Cost Shift? A Review of the Evidence, 2011

Bloomberg, How Marketing Turned the EpiPen Into a Billion-Dollar Business, Sept. 23, 2015