Gavin Newsom
stated on June 23, 2019 in an interview on "Axios on HBO":
"The vast majority" of San Francisco’s homeless people "also come in from — and we know this — from Texas. Just (an) interesting fact."

California Gov. Gavin Newsom made a ridiculously false claim that Texas is responsible for the "vast majority" of San Francisco's homeless population.

California Gov. Gavin Newsom recently blamed the Lone Star State for somehow producing the bulk of the city’s homeless population. Newsom was mayor of San Francisco from January 2004 through January 2011.

The Democratic governor was asked during a June interview on "Axios on HBO" why San Francisco’s homeless population did not experience a net decline during his tenure as mayor. Newsom said most of the homeless people on the street when he left office were not from California, but added "we took responsibility" for them.

He then made the head-scratching claim about Texas.

"The vast majority (of San Francisco’s homeless people) also come in from — and we know this — from Texas. Just (an) interesting fact," Newsom said.

San Francisco has struggled for decades with a large homeless population, which reached 8,011 in January — up 17 percent from two years ago, according to the city’s most recent point in time count.

We examined Newsom’s mayoral record on homelessness in a previous fact check. And we’re tracking his gubernatorial campaign promise to tackle the issue statewide through our Newsom-Meter project.

We decided to dig in for our own fact check.

Newsom’s statement is contradicted by San Francisco’s own point in time homeless counts. Those reports are conducted every two years.

They consistently show a large majority of people surveyed said they lived in San Francisco prior to becoming homeless. 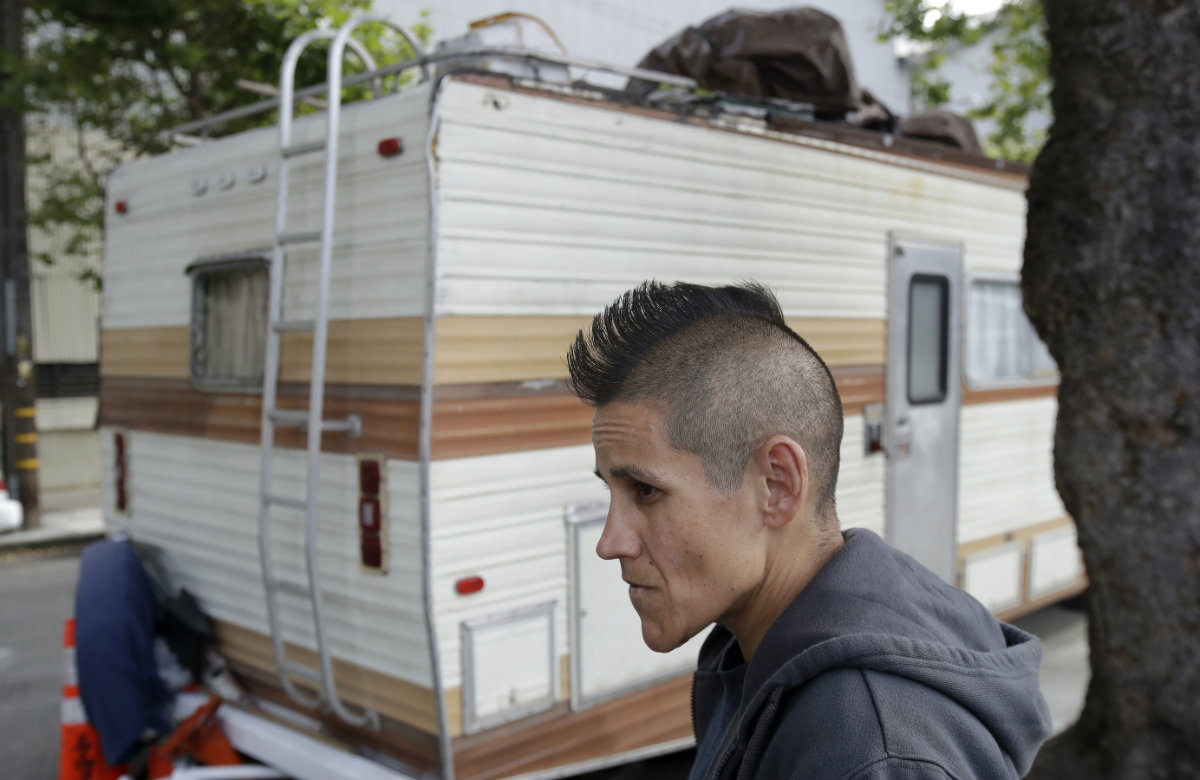 Charlie Crist
stated on May 4, 2022 in a press conference
“It costs more to live in many Florida cities than New York City.”

Shanna Couper Orona sits outside her RV in San Francisco. A federally mandated count of homeless people in San Francisco showed a 17 percent increase from 2017 to 2019. It was driven, in part, by a surge of people living in vehicles. (AP Photo/Jeff Chiu)

To support the claim, a spokesman for Newsom provided data from San Francisco’s Homeward Bound, a program that gives homeless people bus tickets to travel to friends or family within or outside the state who have agreed to take them in. Some homeless advocacy groups have criticized it as simply moving the problem elsewhere.

The data includes travel destinations for the program from 2004 through 2018. It shows approximately 20 percent of Homeward Bound’s trips, or about 2,400, took place inside California during that period. About 80 percent took place out of state.

Texas was the most popular destination outside of California, with 827 trips or 6.7 percent of the program’s 12,268 trips since it started. The next most popular were Washington state, at 5.8 percent, and Florida, at 5.4 percent.

At 6.7 percent, Texas in no way can be described as accounting for "the vast majority" of San Francisco’s homeless population. It also doesn't mean all those who took a trip to Texas were necessarily from that state.

All it means is "you have someone you can stay with" in that state, not that you were born or raised there, Friedenbach noted. She added that some African Americans who have been displaced and left homeless in San Francisco in recent years have family ties in Texas or other southern states, but did not necessarily grow up there.

Homeward Bound’s requirements say nothing about needing to be from a particular state.

Here’s what they do say:

"The Department of Homelessness and Supportive Housing can provide you with a bus ticket home if you: are homeless/low income and living in San Francisco; and have family or friends at the destination that Homeward Bound staff can verify as willing and able to provide you a place to stay and ongoing support; and are medically stable enough to travel unassisted to the destination; and are sober and able to abstain from alcohol or using other substances en route."

Calls to San Francisco’s Department of Homelessness and Supportive Housing were not returned.

San Francisco’s own homeless surveys contradict this. They show a large majority reported living in the city before becoming homeless, and just a fraction coming in from out-of-state.

Newsom’s office pointed to data from San Francisco’s bus ticket program for homeless people. But that defense doesn’t hold up. It shows just a small fraction, less than 7 percent, left for Texas, and doesn’t demonstrate that they originally came to San Francisco from that state.

In the end, we found Newsom made a ridiculous claim.

We rated it Pants on Fire.