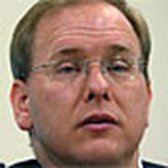 James Langevin has represented Rhode Island's 2nd Congressional District since 2001. He was elected to the state's Constitutional Convention in 1986. Two years later, he won a seat as a State Representative and went on to become, at age 30, Rhode Island's youngest Secretary of State in 1995.